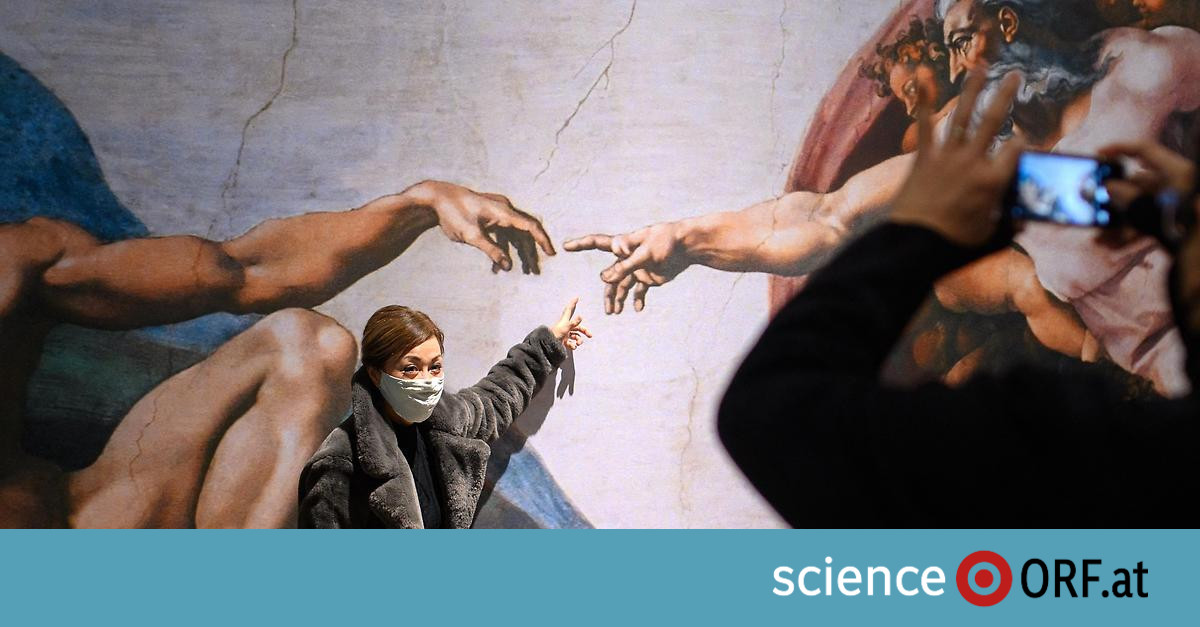 In an interview with science.ORF.at, the art historian Horst Bredekamp, ​​who teaches at Humboldt University in Berlin, describes Michelangelo as an artist who breaks the mold:

“Michelangelo cannot be put into any framework and he never managed to calm down his own claims; never to implement a foreseeable style, because the drive of himself repeatedly brought him into areas that he could not have foreseen at all.”

Horst Bredekamp is one of the leading contemporary art historians. The spectrum of his work ranges from the battles of images in modern times to the role of the visual in electronic media. Last year his book on Michelangelo was published by Wagenbach Verlag (reading sample).

The art historian has presented an extensive study of Michelangelo, in which he describes in detail his passionate work and life. In it, Bredekamp presents his decades of intensive preoccupation with the “divine artist”. He is aware that the mythological jungle that surrounds the artist cannot simply be thinned out. The overall view of Michelangelo relates to his biography and his psychological disposition. Above all, there are detailed interpretations of the artistic works that correspond to their brilliant illustrations.

However, Michelangelo’s gigantic artistic output also has notable downsides: he received royalties for works that he never delivered and left behind numerous unfinished sculptures. The artist even signed the figural group of the “Pietà” in St. Peter’s Basilica in the Vatican with the word “faciebat”, which in Latin means “he was about to create”. It expresses the processual inherent in almost all of his artworks.

Here is a basic motive of Michelangelo’s artistic work, which consists in never being satisfied with the final product. This meant that he did not complete numerous commissioned works; Bredekamp speaks of the “principle of the non finito” that had to do with Michelangelo’s personal disposition. He was convinced that he could always create works and accept and handle additional commissions that he could never have done. He had signed on accepting the commission for the Piccolomini tomb that he would not accept any further commission until its completion; but at the same time commissions followed for the sculpture of “David” and twelve colossal figures for the choir chapels of the Florentine cathedral.

The motif of the “non finito” is closely related to a characteristic of Michelangelo that Bredekamp describes as “protean Eros”. What is meant by this is the artist’s inability to set boundaries and implement agreed plans for works of art 1:1. The “Protean Eros” aims at the imagination, at an imagination that can never be calmed and which almost compulsively searches and seeks what is the opposite of what is being thought and created at the moment. There is almost no theme that Michelangelo has not turned into its opposite in the design.

As an example, Bredekamp mentions the so-called Battle of the Centaurs in the Casa Buonarroti in Florence. “The struggle between the Greeks and the Centaurs is, in all categories, the struggle between the good and the bad. Michelangelo turns it into a tumult of battle in which the bad guys – i.e. the mixed creatures of man and horse – are hardly recognizable, so that the equality of the fighters dominates.”

The working method of the “non finito” is not only of central importance in the work of Michelangelo, emphasizes Bredekamp. It can already be found in the Renaissance artist Donatello. The processuality of the work of art, which Michelangelo masterfully demonstrated, acquired a quality of its own and, as an open work of art, became a topos of modernism. Modernist sculptors such as Auguste Rodin or Alberto Giacometti integrated this processuality into their artistic work; Michelangelo, as the propagandist of incompletion, advanced to become a forerunner of modern art.

“Finito” – frescoes of the Sistine Chapel

Not wanting or not being able to complete something was an essential facet of Michelangelo’s work, but he was also an ingenious master of perfection, as the painting on the ceiling of the Sistine Chapel in the Vatican shows. The central theme was the presentation of the creation story, which extends to the flood; the artist interpreted it as the process of increasing decadence.

Man is created sinless by God, then commits the fall, is expelled from paradise and leads a sinful life. God sent the flood as punishment. After that no moral purification occurs; for Bredekamp it shows that evil is still in a duel with good and “thus brings a motif of irreconcilability into this large ceiling painting”.

After the completion of the Sistine Chapel, Michelangelo worked mainly as a sculptor in the decades that followed, primarily for the tomb of Pope Julius II. The hybrid project failed for various reasons; What remained was a minimal version, comprising three sculptures, which was not installed until 1545 in St. Pietro in Vincoli. The failure of the project, which promised great prestige and enormous financial returns, led to a deep depression. He found himself surrounded by intrigue and resentment, repressing his part in creating conflict.

What made the artist Michelangelo so special was his spontaneity. He frequently revised his original drafts, driving both clients and employees to despair, as Horst Bredekamp explains using the example of the dome of St. Peter’s Basilica, whose model he repeatedly varied.

“As soon as the model was built, he varied the windows again. Even in architecture, the gesture of incompletion reacts, because every design allows for alternatives that always remain in space, even when a work of architecture is complete and has to solidify.”

Despite the downsides, the myth of the “divine Michelangelo” remains. Goethe already saw it that way. Regarding the frescoes of the Sistine Chapel, he noted: “Without having seen them, one cannot have a visual conception of what a human being is capable of.”