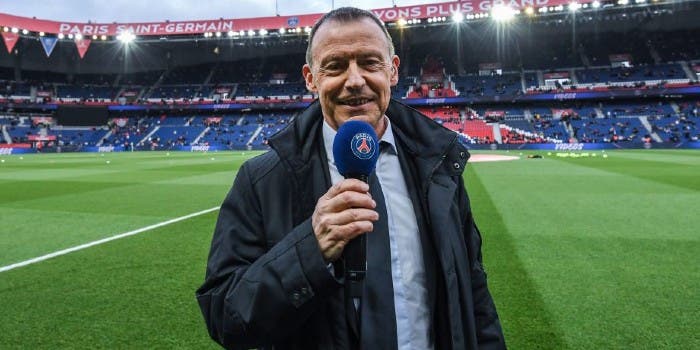 Le PSG received theESTAC Troyes this Sunday evening for what represented the poster for the 36th day of Ligue 1. Opposition once again disappointing from the players of Mauricio Pochettino, the latter conceding a sad draw (2-2). A meeting which was also the occasion of a small event. Indeed, official speaker of the PSG since 1998, Michel Montana was not present to chant the names of the Parisians. And for good reason, this one suffers from a rupture of the Achilles tendon of the right foot. Currently recovering, he who will have to wear a cast for six long months, The Parisian went to meet him. His disappointment at not being able to be present this Sunday evening, the title of champion of France, the Champions League, Lionel Messi… Selected pieces.

His absence during PSG / Troyes

“It’s hard, because it’s the first time in the league since 1998 that I’ve missed an appointment. There were plenty of matches Coupe which I did not do at a time when there was another speaker. So it made me feel funny, yes. »

“We haven’t really discussed it yet, but I know the club would like me to be there for this game. I don’t know if I could handle it or not. There’s the match, the festivities… That would mean taxi, wheelchair, crutches and others… We’ll discuss it. »

The strike of the Collectif Ultras Paris

“Honestly, there was a time when I was indeed worried when there was tension between the club and the supporters… And in fact, one day, there were supporters who made it clear to me that they didn’t would never blame me for anything, that they knew I was a real Red and Blue. So now, even if it bothers me because of course I prefer when there is a communion between the supporters and the rest of the stadium, I no longer take it personally. Because it’s hard to announce something on the microphone and it doesn’t respond. We all want to find the Parc as we know it. That’s what I’m calling for, I’m not going to say for the last game, but in any case for the start of next season. And then in fact why not? Maybe there will be a form of sacred union for the last of the season when we know that some players will leave. And then it’s still a tenth title! »

” Nope. Because we overuse, we trivialize… A title is important. It’s the job of a whole season, of the players, of the staff. Afterwards, as a supporter, there are things with which I may not agree or in relation to the given show. But I tell myself that, in all situations, we must be able to dialogue. And, above all, there, it is the symbolism: ten titles, it is enormous. And that really needs to be emphasized. Congratulations to the club, what! »

“Before being a speaker, I was a supporter, so of course I was disappointed. Without being a great connoisseur, for me, it’s more in the head, it’s on the mental level. I don’t spit on everyone because we still have incredible players. Afterwards, whether the mayonnaise sets or not, it’s not my role to say what should be done. But I was disappointed, like everyone else, that’s for sure. »

” Oh yes ! I stumbled upon an interview in the form of a game that I had given once, at least three years ago, where I was asked who I would dream of announcing on the microphone. And I had mentioned Messi. Without knowing that one day it could happen. The first time I announced on the microphone Leo ?…”, it sure did something to me. Especially since there are quite a few tour operators who include the Parc des Princes in their trip and so I know that there are Argentinians who come to see it. He may have given less than we expected, but it’s still Leo Messi. And it’s great! »