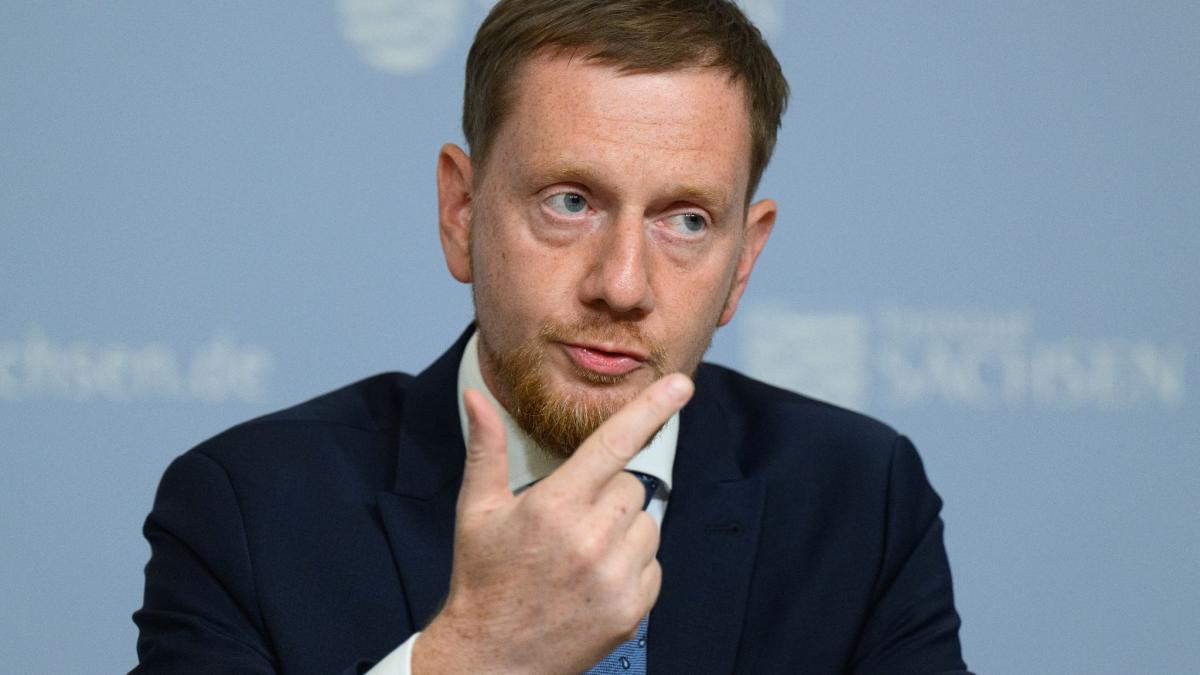 “If you take fracking gas from America, why not mine it in Germany?”

Saxony’s Prime Minister Michael Kretschmer would also promote fracking gas in Lower Saxony. The CDU politician sees an opportunity to win the gas under stricter environmental regulations than would be the case with imported liquid gas from the USA. Just relying on savings is not enough.

Dhe Prime Minister of Saxony, Michael Kretschmer (CDU), has sided with Bavaria’s Prime Minister Markus Söder (CSU) in the discussion about gas fracking in Germany. “Of course you have to ask the question, if you take fracking gas from America, why can’t you also promote this technology in Germany with significantly higher environmental protection measures here?” Kretschmer told the WELT news channel on Tuesday.

In the “Süddeutsche Zeitung”, Söder raised the question of the use of domestic gas reserves in view of the energy shortage and referred to reserves in Lower Saxony. There will be elections in October. Prime Minister Stephan Weil (SPD) countered Söder’s proposal with a “Is it still okay?” on Twitter. The CDU top candidate for the Lower Saxony elections, Economics Minister Bernd Althusmann, also expressed his opposition to fracking.

The fact that the Prime Minister of Lower Saxony, Weil, dislikes the fracking discussion should not play a role in the energy policy assessment, Kretschmer told WELT. Otherwise Germany as an industrial location would be in danger. “Energy policy is the Achilles heel of every economy. And it is irresponsible to now openly allow this price gouging,” said Kretschmer.

Consumers and the industry worried about the further supply. “There is now a lot of talk about savings, but in reality these savings mean: de-industrialization,” said the deputy CDU chairman. In fact, he fears that Germany is already on the way to de-industrialization.

In addition to fracking, the continued operation of nuclear power plants in particular could stop the trend. “It would be a joke of history to switch off these power plants now and push lignite instead,” said Kretschmer. His federal state had a say in phasing out coal in 2038 and had thus made a compromise.

“We met a federal government that canceled all of these compromises,” said Kretschmer. “Now there’s a huge mess on the table.” Now it’s about the traffic light government organizing a consensus in the energy supply between the countries and the consumers. “Reconciling the issues of ecology, economy and social issues – that is now the task of the federal government,” he said.

“Kick-off Politics” is WELT’s daily news podcast. The most important topic analyzed by WELT editors and the dates of the day. Subscribe to the podcast at Spotify, Apple Podcasts, Amazon Music or directly via RSS feed.