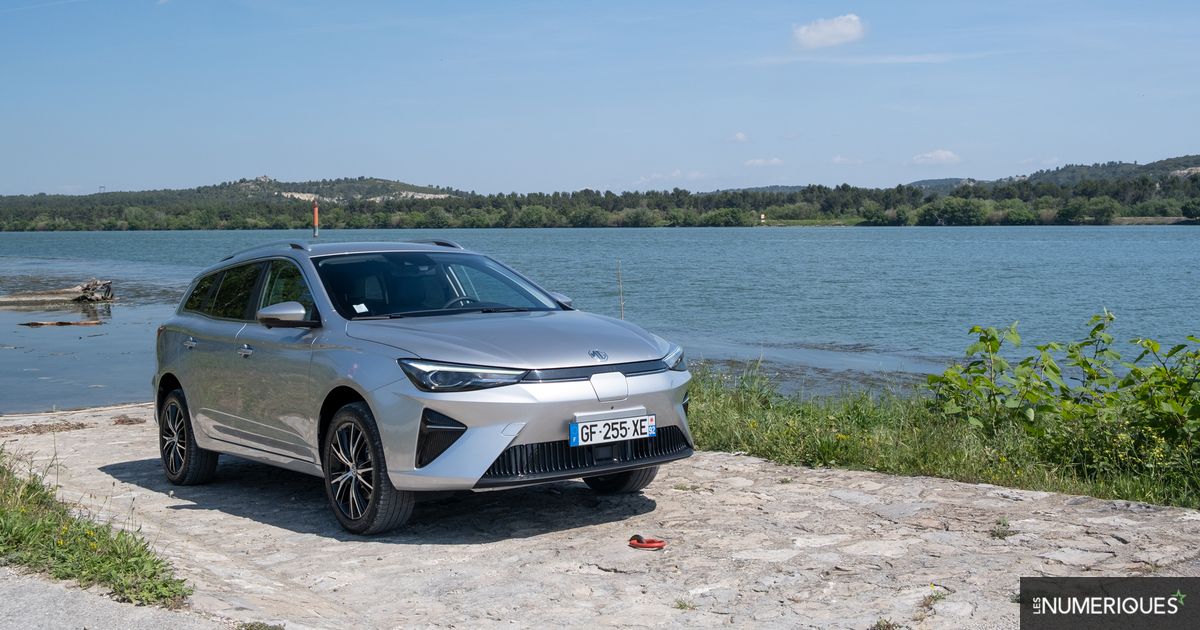 It is not in the field of performance that we expected the MG5. And yet, this electric station wagon offers a fairly flattering technical sheet. The Standard Autonomy version with the LFP battery (50.3 kWh) benefits from the highest power with 130 kW (177 hp), while the Extended Autonomy version, equipped with the same engine, peaks at 115 kW (156 hp), because its NMC battery (61.1 kWh) delivers less power. In both cases, the torque reaches 280 Nm.

This technical sheet translates into a 0 to 100 km/h shot in just 8.3 s for our Extended Range version. We are not at the level of the late MG ZT-T 260, but these performances remain largely sufficient, even once loaded.

The behavior, however, has nothing sporty with a stingy direction in return information. Quite flexible, the suspensions make it possible to filter out the roughness of the road, but generate some body movements. The car isn’t that heavy for an electric car – less than 1.6 t – but doesn’t like being rushed.

Energy recovery when lifting the foot can be adjusted to three levels of deceleration from a control on the center console, independently of the traditional driving modes acting on the response to the accelerator and the steering assistance. No “one pedal” or freewheel mode is offered.

In terms of driving aids, the staffing of this MG5, grouped under the MG Pilot coat of arms, is quite complete. We thus benefit from automatic emergency braking, lane keeping assistance and adaptive cruise control. The latter offers a centering function in the lane allowing level 2 autonomous driving. However, its effectiveness did not convince us since it required several interventions from the driver. 360° cameras are standard on this Luxury version. However, we regret the lack of blind spot monitoring.