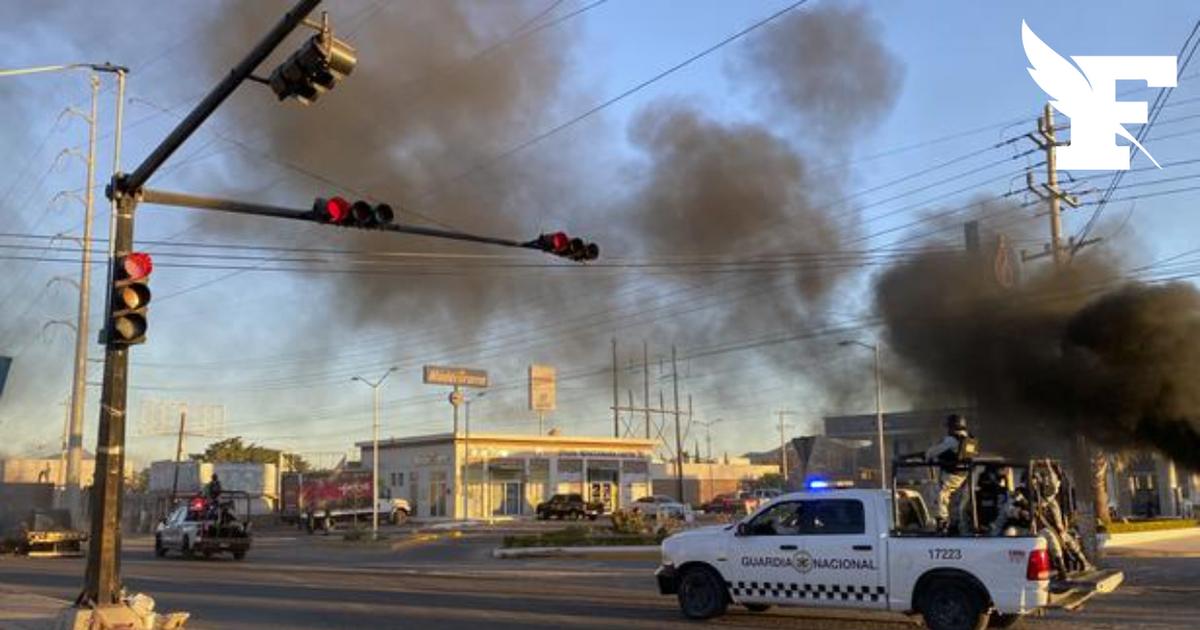 Mexico: scenes of chaos in Culiacán, after the arrest of a son of El Chapo

The arrest of Ovidio Guzman, a figure in drug trafficking, triggered multiple shootings, leading to the closure of schools and administrations.

Mexican security forces on Thursday (January 5th) captured one of the sons of the famous drug lord imprisoned in the United States, Joaquin “El Chapo” Guzman, during an operation carried out in the northwest of the country which was followed by intense exchanges of fire between security forces and armed men.

Ovidio Guzman was captured in the city of Culiacan accused of leading the “Los Menores faction, linked to the Pacific Cartelanother name for the Sinaloa cartel, announced Defense Secretary Luis Cresencio Sandoval. The alleged 32-year-old drug trafficker was transferred on an Air Force plane to Mexico City where he was taken to the office of an organized crime prosecutor.

Read alsoMexico: assassination of a mayor in a region plagued by drug trafficking

Intense firefights between the military, national guard and gunmen followed his arrest in the state capital of Sinaloa, including at the city’s international airport where flights were suspended , noted an AFP journalist. An airliner was hit by a bullet moments before its scheduled takeoff, Aeromexico said in a statement, adding that the aircraft, an Embraer 190, did not ultimately take off and that passengers and staff were been brought to safety.

The arrest comes four days before US President Joe Biden arrives in Mexico for a summit with Mexican and Canadian leaders. The United States offered five million dollars for the capture of Joaquin’s sons “El Chapo» Guzman.

Known as “The mouse(the mouse, editor’s note), Ovidio Guzman is the son of the founder of the Sinaloa cartel, who is currently serving a life prison sentence in the United States. US authorities consider Ovidio Guzman to be an important cartel member along with his brother, Joaquin Guzman Lopez.

The Sinaloa Cartel is considered by the United States Drug Enforcement Agency (DEA) to be the main culprit behind the trafficking of fentanyl, a drug 50 times more potent than heroin, which has caused numerous overdose deaths in the United States. A security source who requested anonymity confirmed to AFP that the violence in Culiacan was sparked by the police operation that led to the capture of Ovidio Guzman.

According to several Mexican media, citing federal sources, another leader of the Sinaloa Cartel has also been arrested. Several vehicles on fire give off thick smoke in the streets of the city, the scene of scenes of panic among the population seeking shelter. Schools have been closed.

Read also“For three years, I have lived with a close guard”: journalist in Mexico, a job with very high risks

The governor of Sinaloa, Ruben Rocha, had indicated that the operation of the armed forces was concentrated in the municipality of Culiacan. Mexican President Andrés Manuel Lopez Obrador announced on Thursday morning that an assessment of the operation, which began in the early morning, would be presented.

During the day, another police operation was carried out in Ciudad Juarez, on the border with the United States, during which the leader of a gang allied with the Juarez cartel in its war against that of Sinaloa, been killed. The latter, Ernesto Piñon, alias “El Neto”, had escaped Sunday with 24 other prisoners from a prison in the city during an armed attack against the penitentiary establishment which left 19 dead, including 10 guards. Seven other people were killed the next day in a police operation to find escaped detainees.

SEE ALSO – In Mexico, the house from which El Chapo fled is up for grabs in the lottery