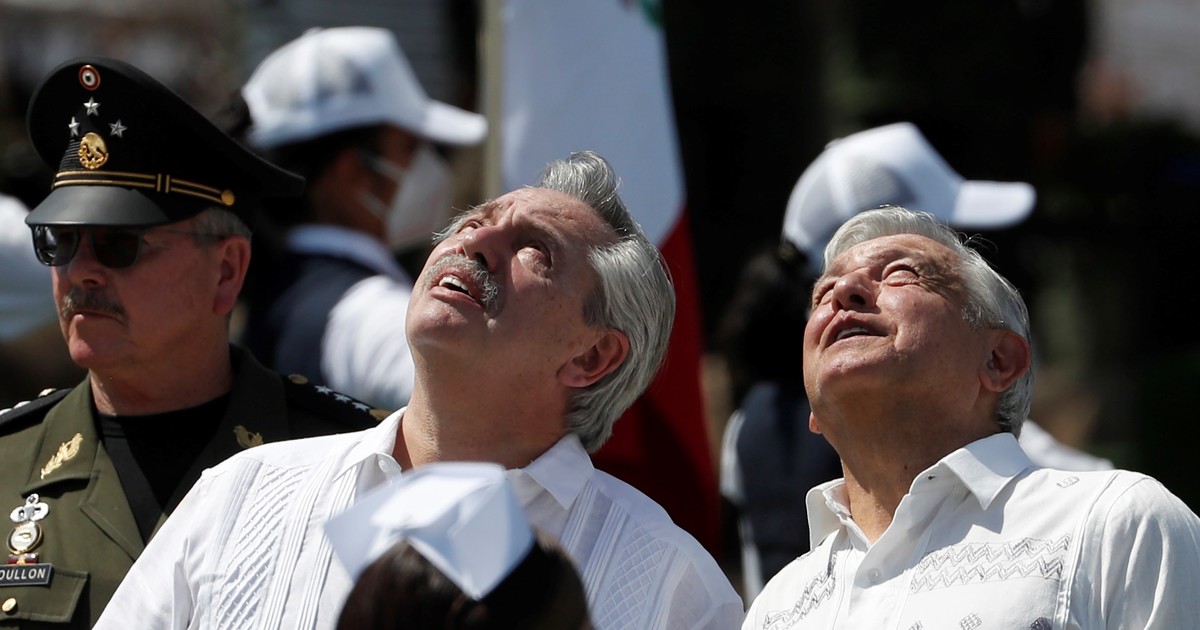 Officials of the Mexican Foreign Ministry quoted this Saturday by the press of that country ruled out that representatives of the government of Andrés Manuel López Obrador will participate in a CELAC meeting organized in parallel to the Summit of the Americas that the United States convened in Los Angeles.

“Mexico has not considered participating in any international conclave of this nature in Los AngelesCalifornia, according to the Ministry of Foreign Affairs (SRE),” published the Mexican newspaper The Daywhich usually maintains positions close to the López Obrador government.

According to the note of The Day, “Consulted by this newspaper, the Foreign Ministry said today that it is not aware of such a CELAC meeting or that Mexico has been called to participate in it.” “On Friday, La Jornada also asked the agency headed by Marcelo Ebrard if Mexico has received any call to participate in a possible conclave promoted by the government of Alberto Fernández. The response was that the SRE has no knowledge of such an encounter so far, “says the publication.

Moreover, after the entanglement of versions and contradictions about the type of meeting that Argentina was calling, this Saturday, in Buenos Aires, there was already talk of deactivating the entire plan in CELAC to hold a parallel meeting with Biden at his Summit of the Americas. Now there is talk of Fernández concentrating the speech rejecting exclusions when he speaks in Los Angeles, if he also confirms his presence. That same idea was confirmed by López Obrador in a contact with his country’s television: the Mexican said that he agreed with the Argentine that he, on behalf of CELAC, be in charge of making clear the displeasure for the decision to leave out of the meeting to three countries.

On Friday, sources from the Foreign Ministry confirmed to Clarion that Argentina planned to organize a meeting of the CELAC member countries that attend the Summit of the Americas, to repeat a call to hold continental meetings without exclusionsin protest because Washington did not invite Cuba, Nicaragua and Venezuela to the Los Angeles Summit. That message is precisely the one that the United States does not want to hear.

The organization of this counter-summit has generated a strong controversy because it confronts Fernández, president pro tempore of CELAC, with the president of the United States Joe Biden, in reference to the position on the regimes of Cuba, Venezuela and Nicaragua.

It happens that together with López Obrador, Fernández leads a crusade for the Democratic government to back down in his decision not to invite the leaders of the three regimes without democracy in the region to the American conclave.

López Obrador threatened not to go to the Summit of the Americas and send his foreign minister to the presidential meeting in Los Angeles from June 6 to 10 if Washington did not invite Miguel Díaz Canel, Nicolás Maduro and Daniel Ortega.

Fernández, along the same lines as the Mexican, has not yet said whether or not he will attend the Summit, and that position did not change after his meeting with Biden’s envoy, Christopher Dodd, who on Thursday, in a meeting held in Buenos Aires on Thursday, asked the President to participate in the multilateral meeting.

See also  which Argentines can obtain it and how

The official Télam agency, in turn, reported that the realization of the counter-summit progressed in negotiations in the Mexican capital, where Foreign Minister Santiago Cafiero and his Aztec counterpart, Marcelo EbrardThey met yesterday. However, that information was denied by officials from the Mexican Foreign Ministry who spoke with La Jornada.

The parallel meeting evokes the counter-summit that Néstor Kirchner, Hugo Chávez and Lula da Silva held with George W. Bush at the Summit of the Americas in Mar del Plata in 2005, when they blocked the FTAA initiative – a common market for the entire continent- to the republican. That was a bad drink that Washington would never forgive Kirchner.

After the publication of the Télam agency’s counter-summit, Latin American media replicated the setting up of that meeting and even the Cuban agency Prensa Latina celebrated it. After that, the Foreign Ministry began to clarify that it was a “dinner” with the countries present, which now Mexico does not know.

It is not the first time that the Government plays strong in a joint position with Mexico and then Argentina is left alone in the initiative. It happened to him, for example, when Fernández wanted to block the arrival of a Donald Trump candidate for the presidency of the Inter-American Development Bank (IDB). On that occasion, Mexico ended up accepting Trump’s request and ignored the Argentine proposal.

The Argentine proposal for the parallel meeting has not had an echo so far in Brazil, which has also maintained strong opposition to Biden in recent months. For now, after Dodd passed through Brasilia, Jair Bolsonaro obtained a bilateral agreement with the US president.

See also  He found out that Ochoa would leave del Tri, Gignac and the goalkeeper he would ask to be on the team