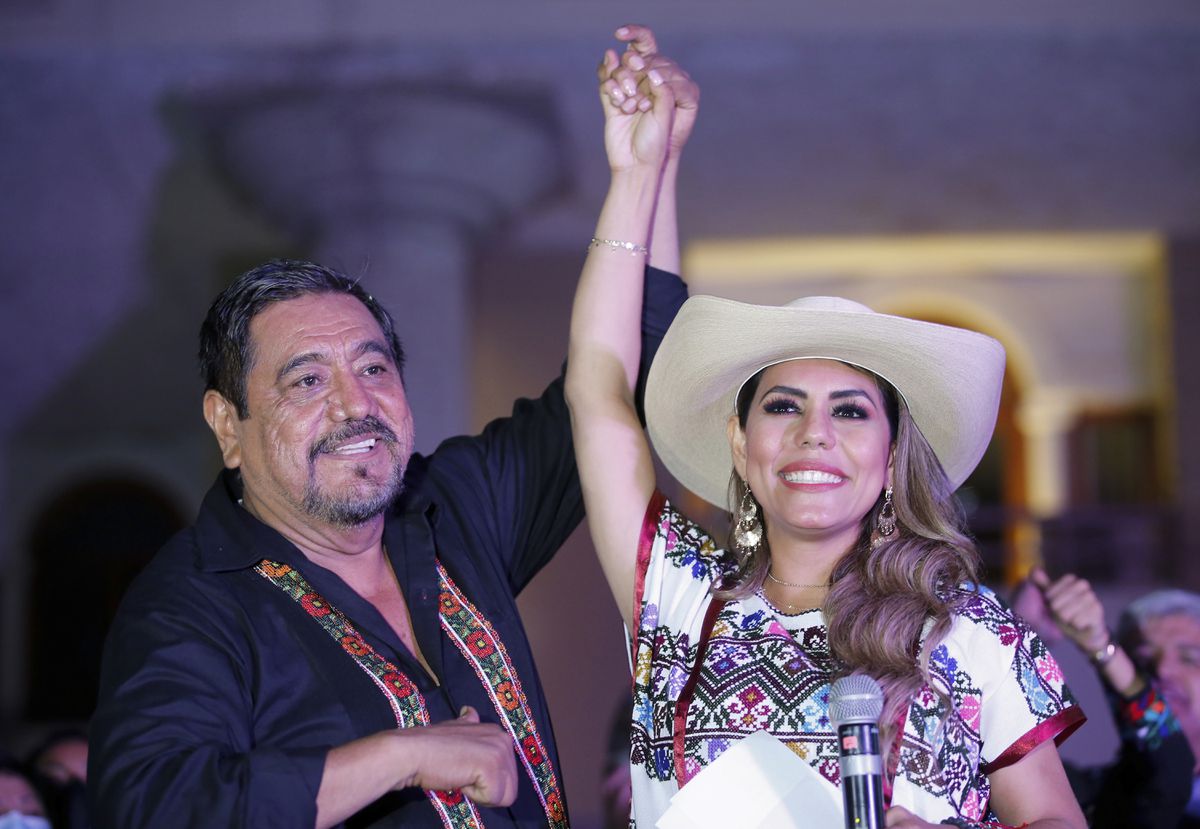 Evelyn Salgado Pineda will make the leap into Guerrero history as the first female governor in 172 years. Graduated in Law and born 39 years ago in Iguala, in a month she went from being one of the supporters in the campaign of her father, the controversial Félix Salgado Macedonio, to inheriting that same candidacy for the Morena party for the governorship of the State. With a short political career and no experience in the Administration, the future governor – if the preliminary data that give her 46% of the votes are confirmed – has said that she will surround herself with experts to advise her in her management. Among them, undoubtedly, will be his father.

His triumph, which he has described as “irreversible” cannot be understood without popular support and the drag that President López Obrador’s party has had in the last three years in Guerrero. The victory of Evelyn Salgado is, above all, the victory of Morena and the victory of Félix Salgado Macedonio from the shadow. “To those who voted for us I say: we are not going to fail them and to those who supported another political option, I tell them that we are going to govern for all,” said Salgado Pineda before his followers in Chilpancingo, the state capital, in a call to the unity of all citizens.

Morena, a party that did not exist in the last election, has been the most voted according to the first results released by the National Electoral Institute, not only in the governorship, but also in various municipalities, including Acapulco and Chilpancingo. The results revalidate the approval and commitment of López Obrador to the State in 2018, of the most benefited by the Government’s priority programs and of those most affected by violence and poverty. “Somehow a trend that was clear from the beginning of the campaign is confirmed, since the voting intentions predicted a comfortable victory for the Morena candidate, whoever it was,” says Horacio Vives, an expert political scientist on electoral issues at ITAM. On this day, participation has oscillated around 50%, lower, for the moment, than that of the 2015 elections, but enough to turn the tables despite the voting structure of the PRI and the PRD.

Salgado Pineda knows which fibers to touch, and among them is making the words of President López Obrador his own at every moment that he can. “Do not lie, do not steal and do not betray the people.”

In just one month, Salgado Pineda has taken over the campaign with the same arguments and the same electoral promises as his father, whom he considers his guide and mentor. “A man who has taught me the principles of social struggle and who is my ideological maximum that I respect and admire,” he pointed out with deep emotion in his first words of gratitude to his followers. The role that the Guerrero politician has had in his daughter’s campaign has been definitive. “We support Evelyn, but for us it is the same as supporting Felix. We are actually voting for friend Félix because he knows how to help us ”, said a representative of the Union of Tourist Informants at a meeting of the candidate. Nothing in this electoral contest has moved without the approval and approval of Salgado, a licensed senator. He controls the alliances, what is said, what is kept quiet and the staging.

The case of Salgado Macedonio, denounced for rape and removed from the electoral contest for presenting irregularities in his pre-campaign expenses, has been one of the most controversial cases of these elections. “They took away my right to be voted, but they did not take away the right to vote,” declared the politician on Sunday morning in Chilpancingo before casting his vote in local district 02. However, the ace up his sleeve that he kept the politician, his daughter, has benefited him to continue projecting the power he possesses in Guerrero. The arrival of Evelyn Salgado marks a before and after in the political history of Mexico due to the number of women who, after these elections, will have a popularly elected position by virtue of parity. However, that more women come to power does not directly mean that there is more power for women. “What we observe in Mexico is that the fact that more are arriving does not imply an immediate change in the social policies that are articulated,” says political scientist Karolina Gilas, from the Institute of Legal Sciences of the UNAM.

With this decision at the polls, Guerrero turns his back on the PRI and the PRD, despite being a historical bastion of these parties. “It is a state in which in recent times there has been a close electoral competition between the PRI and the PRD, but the national impulse of Morena was greatly benefited and that explains the results,” says Vives. The experts consulted consider that it is one of the most complex states to govern in the country. Plagued by violence and insecurity, 66.5% of its population lives in poverty, according to the latest study carried out by Coneval. Added to this is Ayotzinapa’s open wound that continues to generate much effervescence in society and that fatally wounded the PRD in the state and the PRI at the federal level.

Evelyn Salgado Pineda, who has become the standard-bearer of the political project headed by López Obrador, has dedicated her first words to that historic mandate that, according to her, begins today. “The Fourth Transformation is here and today a new era is beginning to be written for the State of Guerrero.”