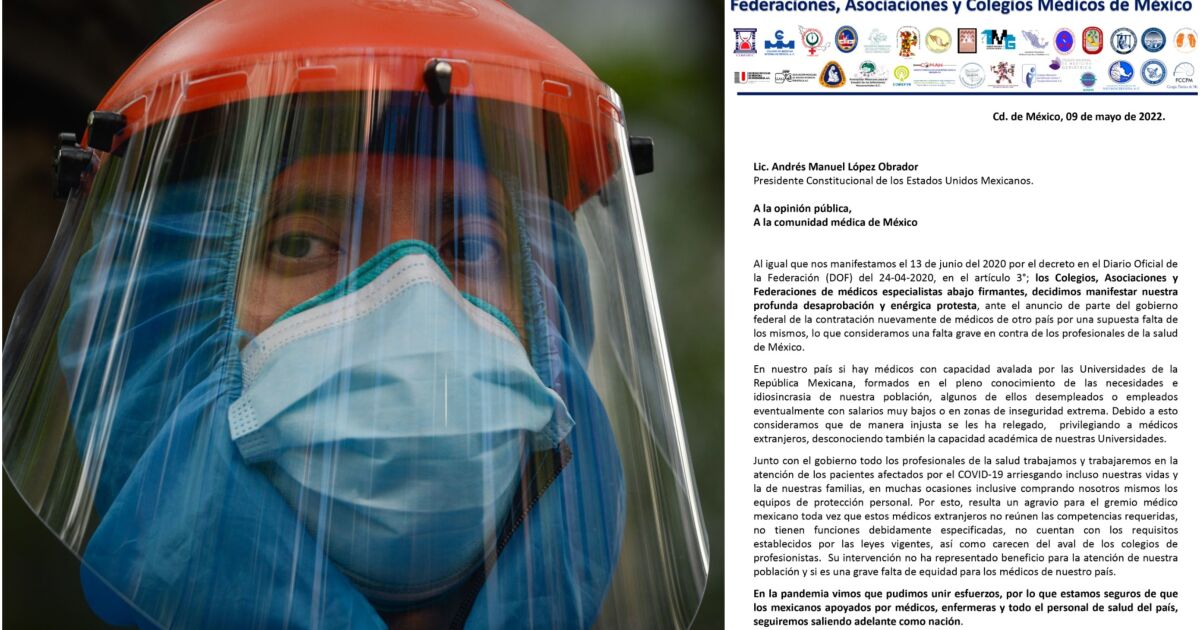 On Monday, President Andrés Manuel López Obrador announced that he had signed an agreement with Cuba for 500 doctors to provide health services on Mexican soil, which, he said, will help guarantee compliance with the fourth article of the Constitution, which establishes medical care and medicines. free.

“We are going to hire more than 500 doctors who are already going to be working to fulfill the purpose we have made of guaranteeing the right to health, medical care, medicines, free clinical tests for those who do not have social security and we have already started. , but we have this deficit that we are solving,” he said.

The agreement between the government of Mexico and Cuba took place within the framework of the international tour that President López Obrador made from May 5 to 8 through Central America and Cuba.

The president recalled that the deficit of medical personnel that Mexico faces is due to the fact that during the neoliberal periods, young people who wanted to prepare were rejected.

During the health crisis due to the pandemic, Mexico hired some Cuban doctors to join them in the fight against COVID-19.

Another of the agreements signed by the president in health matters is that Cuba prepare Mexican doctors in specialties through scholarships granted by the federal government.