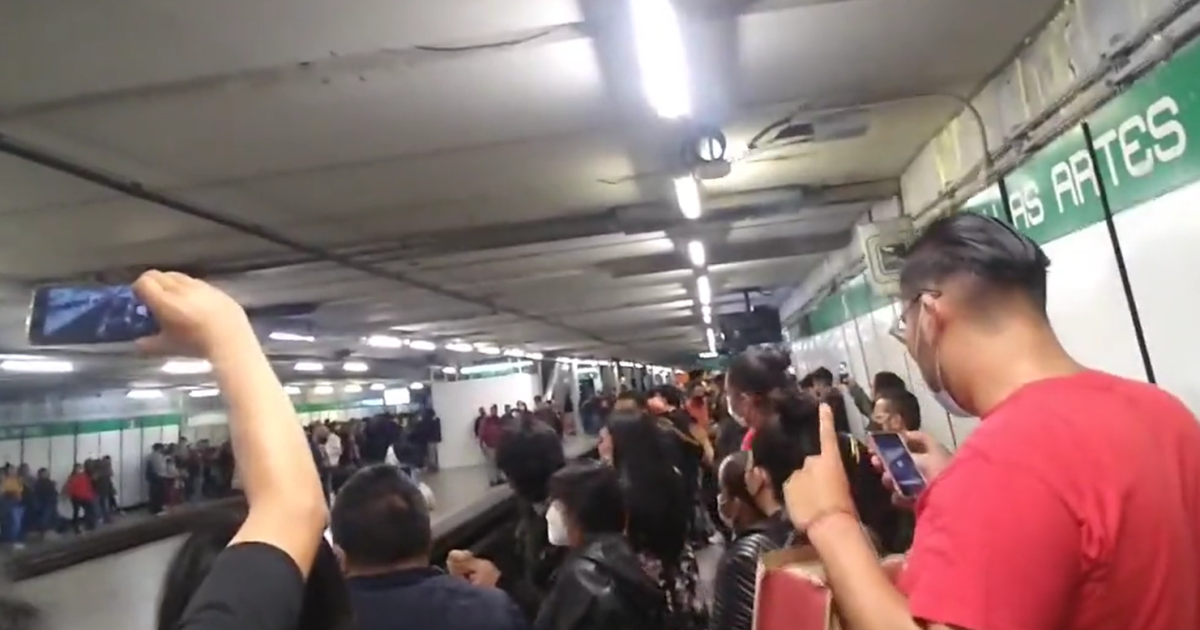 Metro CDMX users sing ‘Not you or anyone’: VIDEO

Metro CDMX It was a trend again, but this time for a fun moment in which users came together to sing along”Not you or anyone” an iconic song of the eighties; so it was that through social networks the video it went viral.

The funny moment happened on the Bellas Artes platform, on line 8, green, of the collective transport system (STC) Metro CDMX which goes from Garibaldi/Lagunilla to Constitución de 1917. While users have been waiting to board a train, we know that waiting times are generally long.

The video It was shared via Twitter in the early hours of August 9 by the @gaalpin account. It shows several dozen people awaiting the arrival of the convoy, singing the chorus of the song together “Not you or anyone”, immortalized by the Madrid group Alaska and Dinamara and covered by Mexican artists such as María Barracuda and Moenia.

Probably the most striking thing about this video is that everything was spontaneous; because from one moment to the next the users of the

Metro CDMX
They began to sing one of the verses of the popular theme “Not you or anyonee”.

“Where is our intractable error? Was it your fault or was it me? Neither you nor anyone, anyone, can change me” could be heard on the platform of the Bellas Artes station, on Line 8.

While some sang in harmony, others accompanied the chorus with whistles and applause; and a few more record the big moment with the cameras of their cell phones.

Within a few days, the recording of just 18 seconds became extremely popular, as it accumulated almost 80 thousand views a few hours after it was shared.