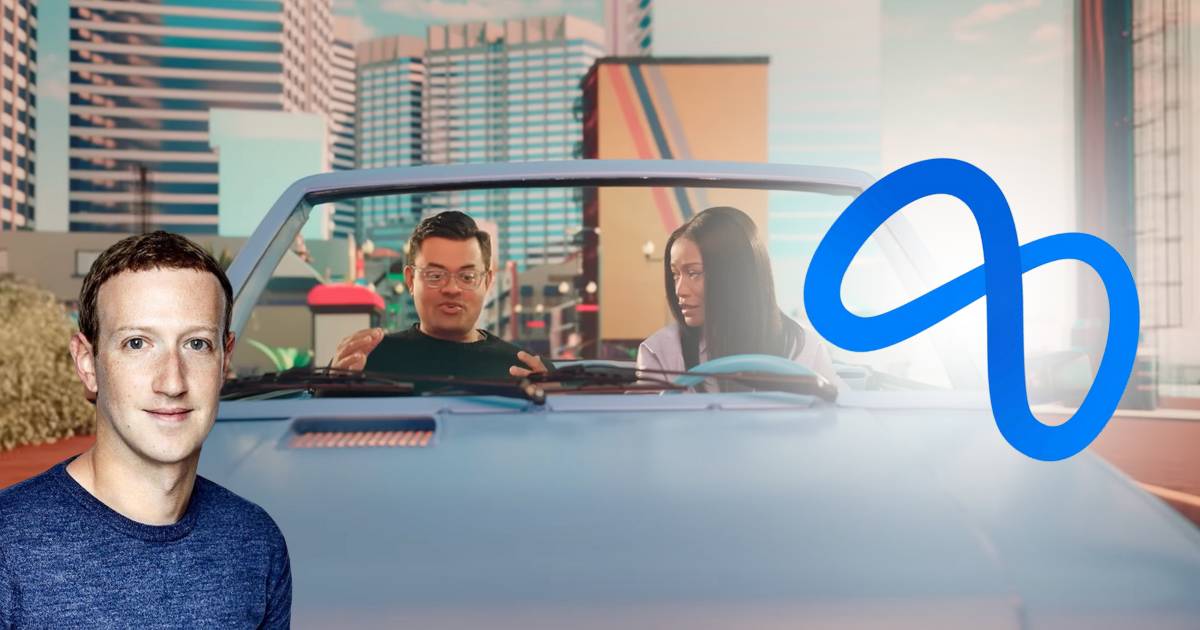 The metaverse now has a official advertisement created by the company Meta, new group name Facebook created by Mark Zuckerberg. This is supposed to reveal all the possibilities offered by this new virtual world, but at first sight, the objective seems not to be a complete success. Explanations.

If you’re not up to date on the latest tech fads, you probably don’t know what metaverse is. This is’a virtual world that can be visited via the same virtual reality headsets used for video games. The promises made by those who defend this project are to be able to do globally everything that is possible to do in real life, but online, like a video game. Second Life. Not everything is working perfectly well yet, but in general it is possible to conceptualize a metaverse as a virtual world where everyone can come, settle and communicate with other users through the Internet. And if it’s still imprecise for you, that’s good, since the company Meta (new name of Facebook, renowned for the occasion) has just made an advertisement to explain it.

The ad in question started circulating on the American Youtube from July 26. In 8 minutes and 42 seconds, it is supposed to promote the activities of the metaverse, its functioning and its promises, but above all seems lunar in its form. We find the actress and R&B singer Keke Palmer as well as Vishal Shahthe “Vice President of Metaverse” of Meta talking in a car in a straight line interspersed with small passages with virtual avatars to emphasize the words. If the aesthetic is already visually confusing, the words are also unconvincing. It is abouta simple exchange with Keke asking questions like whether the metaverse will allow him to bungee jump his grandmother, visit human colonies on Mars or even meet his favorite band while rebuilding the Titanic and pass him by the iceberg that would have caused the death of more than 1500 people while shouting “NOT THIS TIME!”

Meta: an appeal to investors

By hammering his point quite often, Meta wants to make it clear that “experience” is the watchword of the metaversepromising to experience as many things as possible in the virtual world before making them happen in the real world. “We are going to be able to see things around us, we are going to be able to touch these things” specify the actors of the advertising clip, in particular through the clip “Now, Future, Never“, translatable as “now, later, never”. Advertising does not happen by chance either, since very recently Meta published its financial results and they are starting to turn sour for the company. For the first time since its IPO in 2012, the ex-Facebook faces a decline in its revenue, since the quarterly turnover of Meta, normally of 28.8 billion dollars, fell by 1% compared to the previous year.

If you enjoyed this commercial, know that there will be others since it is part of the first episode of the “metaverse 101” series. Virtual worlds are still very much confined to the realm of entertainment today. The rare jaunts outside of the realm of entertainment in the Metaverse have not been very successful. In France, we can take the example of the company Carrefour who did job interviews in virtual reality before getting a violent backlash from workers’ defense communities. We can also note the fact that these projects are also very often linked to markets virtual currencies and NFTstwo areas only useful for creating speculation and whose market balance remains very precarious.