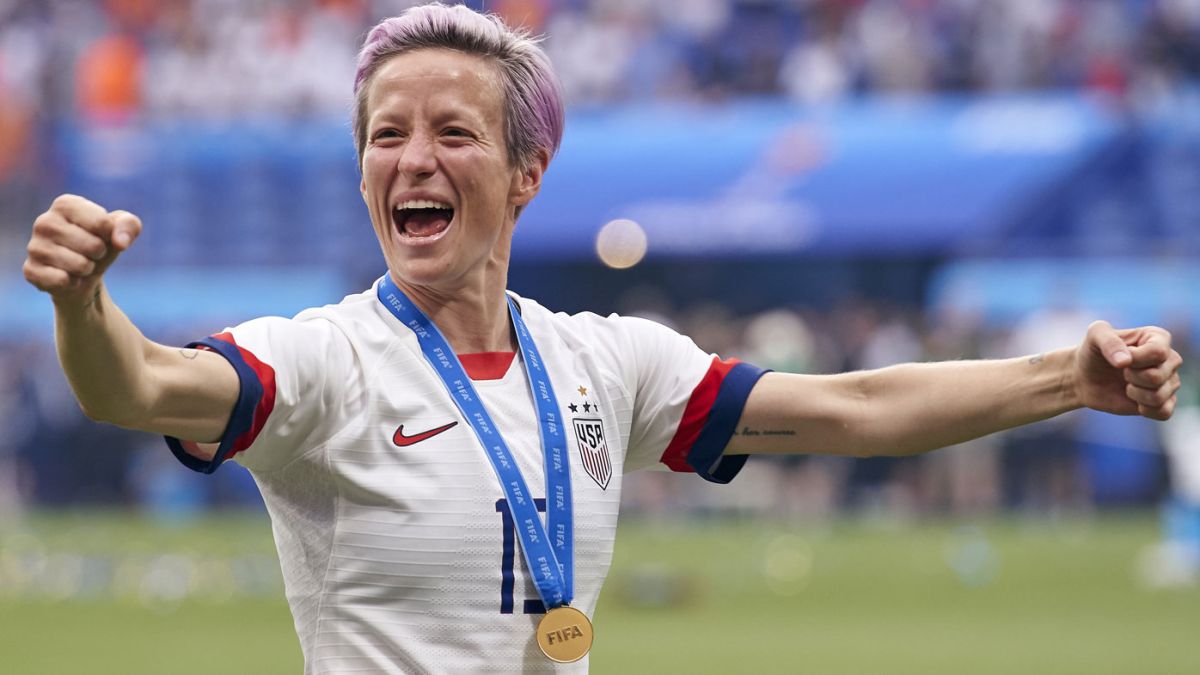 Megan Rapinoe sentences USMNT: “They are far from being able to win the World Cup”

2021 is close to reaching its end and ended up being one of contrasts for both men’s and women’s soccer teams, where, surprisingly, it was the men who showed their faces for North American football: Winning two titles against Mexico (Concacaf Nations League and the Gold Cup).

Despite Vlatko Andonovski’s winning medals at the 2021 Tokyo Olympics, they had to settle for bronzeThis after having lost in the semifinals against Canada, which would ultimately win the gold medal.

But nevertheless, Girls have been dominating women’s football for some years now, something that for Megan Rapinoe is still a long way from happening in the men’s field, since he considers that they are far from being able to think of crowning themselves as world champions.

The golden generation is not enough

During an interview that the Reign player gave 90 mins Football Americana, the one named as the best player in the last World Cup in France 2019, He assured that Christian Pulisic and Weston McKennie will be players to watch in the next World Cup tournament, but that they are still far from aspiring to win the trophy.

“I think we are in this period of growth. That is really exciting because obviously we are seeing a lot more of our players in Europe. and playing consistently and starting and doing all of that. But I think I would say so. Because I think right now we have a couple of those players and we almost try to play at their level, when I think we have to play at the core level of the team and then let Christian be special or let Weston be special or let these other players be special “said Rapinoe.

See also  Cherdantsev: It seems to me that Putin does not have a clear understanding of what the limit on legionnaires is - 09/12/2021

The scorer also added that “Unfortunately not all footballers can be special right now because not everyone has that ability that if they have Pulisic, McKennie, Dest, etc. I think we have at least 15 years to go before we can think about winning a World Cup. “