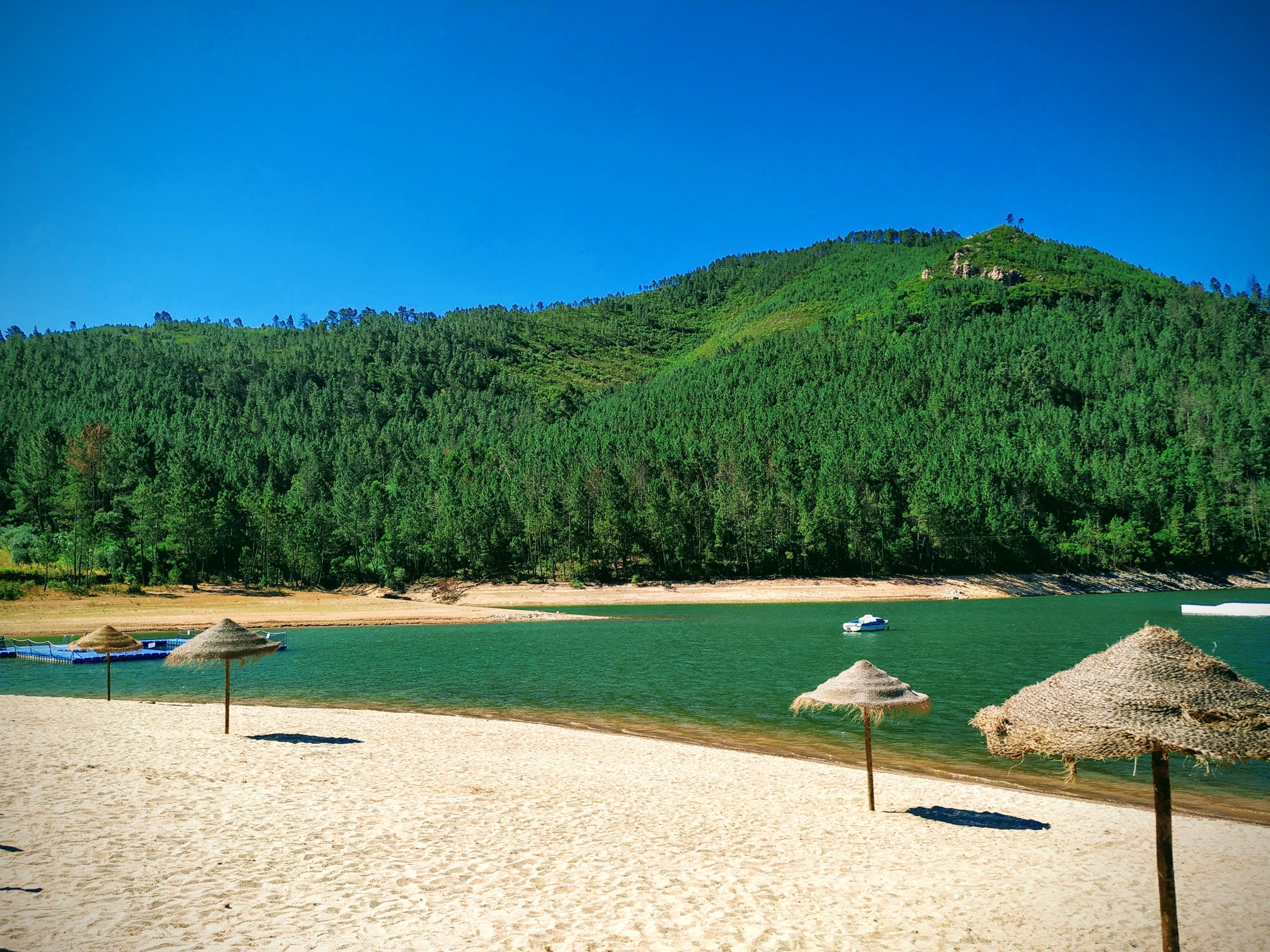 Abrantes won two Blue Flags, one for the river beach of Fontes, in the Castelo do Bode reservoir, which receives the Blue Flag for the fourth time, and in Aldeia do Mato, which holds the award for the 12th consecutive year. Bostelim beach, in Vila de Rei, repeats for the seventh year the award it won for the first time in 2016, and the river beach of Fernandaires won this award for the first time.

In Mação, the river beach of Carvoeiro is the record holder of the Médio Tejo and will fly the Blue Flag for the 16th consecutive time, while in Ourém, the river beach of Agroal, a bathing area with therapeutic waters that is located on the border between the municipalities of Ourém and Tomar, marks the 6th year in a row to receive the environmental award.

This year Portugal has 431 beaches, marinas and vessels awarded with the Blue Flag, 32 more than in 2021, with an increase in river beaches distinguished with the award, announced today the Associação Bandeira Azul Europa (ABAE).

The announcement was made at the Environmental Interpretation Center of Pedra do Sal, in Cascais, in the district of Lisbon, by the president of that association, José Archer, who stressed, at the ceremony, that the number this year “is almost 15 times higher than the number of 25 years ago”.

“Thirty-five years after the first Blue Flag was hoisted, precisely in the municipality of Cascais, where we are located, we saw the announcement of the awarding of blue flags for 2022 to 393 beaches, 18 marinas and 20 ecotourism vessels, in a total of 431 blue flags awarded ”, said Jose Archer.

In the next bathing season, 21 more beaches, two more marinas and nine more ecotourism boats will fly the Blue Flag than last year.

The 393 beaches are spread over 102 municipalities. This year, the “continuous and safe growth of river beaches” was once again highlighted, which, according to those responsible for the program, “shows the promoters’ commitment to the quality of these bathing areas and the surrounding areas”.

In 2022, the celebrations of the 35th anniversary of the Blue Flag program continue, with the motto “Help the Sea Tell Another Story”.

To mark its 35th anniversary, the program also presents a strategy that “appeals to the collective conscience of the Portuguese” and “motivates them by saying that it is still possible to change the end of this story”.

According to José Archer, the theme of ecosystem recovery also continues in 2022, “since it is not exhausted in a year” and because the FEE (Fundação de Educação Ambiental, in English translation) and ABAE are aligned with the United Nations Decade for Ecosystem Recovery.

“GAIA 2030 is the strategy developed by FEE to address the three biggest environmental threats over the next decade: climate change, loss of biodiversity and environmental pollution”, he stressed.

Me and Carvoeiro river beachin the municipality of Mação, has received this distinction for the 16th consecutive time, since 2007. The structure consists of a wall to contain the flow of the stream, which results in a huge mirror of water that also includes a swimming pool for children.

It also has complementary facilities such as public changing rooms, a bar, First Aid Station and a covered dining area equipped with grills.

The beach of Bostonin Vila de Rei, repeats for the seventh year the award it won for the first time in 2016. Located near the bridge over the Bostelim stream, this beach develops in a mountainous forest area close to the village of Cabeça do Poço, on the banks of the Ribeira da Isna.

The river beach of Fernandaires is located in Vila de Rei, and conquers the Blue Flag for the first time. Surrounded by high mountains, densely wooded with maritime pines and strawberry trees and inhabited by a small village, Praia Fluvial de Fernandaires presents its visitors with an extensive water basin, coming from the Castelo de Bode dam.

Preserving the pure nature that surrounds it and due to the depth of the water, this place has a floating pool (for adults and children), as well as a bar, changing rooms and a parking area. The freshness of the shadows coming from the pine trees offers vacationers the opportunity to rest or even go wild camping.

In the entire district of Castelo Branco, only three river beaches receive this distinction (Bostelim and Fernandaires, in Vila de Rei, and Açude do Pinto, in Oleiros).

Agroal river beach wins the Blue Flag for the fifth consecutive year. Agroal, located in the parish of Formigais, municipality of Ourém, is a privileged space in the middle section of the River Nabão, marked by the natural landscape and the spring that flows abundantly throughout the year.

The waters of Agroal are still well known for their therapeutic abilities for skin problems. It wins the Blue Flag for the 5th consecutive year.

In the set of Municipalities of the Intermunicipal Community of Médio Tejo, there are six awarded beaches (Aldeia do Mato, Fontes, Carvoeiro, Agroal, Bostelim and Fernandaires).

Requiring an “excellent” water quality record for municipalities to submit their applications, the Blue Flag Program publishes the list of 431 beaches HERE.