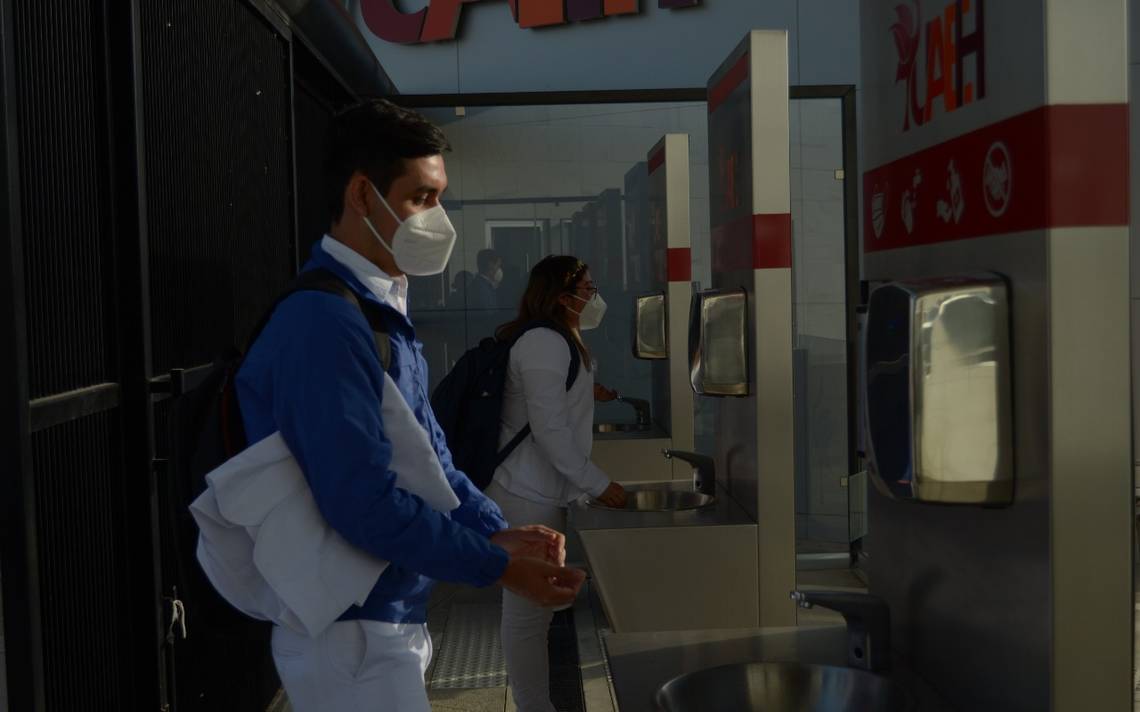 A total of 323 medical students were those who returned to face-to-face classes yesterday morning, at the Institute of Agricultural Sciences (ICAP), in the Academic Area of ​​Medicine, where the students returned to step on a classroom with enthusiasm , after almost 22 months of online classes.

Deyanira García, administrator of the academic area of ​​medicine Tulancingo, explained that the enrollment authorized to be inside the classrooms is 377 students, of which the 54 missing correspond to students who do not have the complete scheme, or have not yet met the waiting time to download proof of vaccination or they were positive in the antigen tests requested as a requirement to enter the classrooms.

He said that in addition to the antigen test with a maximum of three days old, it is essential that students wear a mask type kn95, as well as bring personal supplies, in addition to the fact that all classrooms have a CO2 concentrator that monitors the environment. “It is mandatory to go through the sanitary filter at the entrance of the university,” he added.

He explained that despite the return to face-to-face learning, the hybrid learning model will continue to permeate, since they are only authorized to have fifty percent of the groups within the classrooms, therefore, the rest must do so virtually so as not to lose the rhythm of class; and in that way take turns taking the students.

Regarding professional practices, he commented that they are waiting for authorization from the State Health Secretariat for the students to enter the General Hospital of Tulancingo; previously they went in maximum teams of six people, now they could cut the quota in half.

He pointed out that in compliance with health protocols, there is no cafeteria, there is no food area, “the indications are that the consumption of food is in free and large spaces,” he said.

Regarding physiological needs such as going to the bathroom, he mentioned that the building has 20 toilets for men and 20 for women, with hourly cleaning schedules, to be disinfected and avoid possible infections.

“The return is from 5th to 9th semester, which are the only semesters taught in Tulancingo, since the students come from Tepejí del Río, Tlahuelilpan and Huejutla; They study there from first to fourth and when they pass to fifth semester, they go to these facilities, ”he explained.

On the Tulancingo campus, there are two villas or apartments where foreign students can stay with up to 50 rooms for each building, which apparently are one hundred percent full,

He said that, in fact, there was a pilot test from November 8 to December 17 of last year, to see how back to school would work; Students were attending by smaller blocks, the sanitary protocol was made and they were given time to carry out the practices of the semester and carry out the practical evaluation, which is most essential in the undergraduate degree.

He concluded by saying that the feeling of the boys is one of emotion, accompanied by a bit of uncertainty and they act responsibly.

You may also like: More teachers than students are infected with Covid-19

For their part, the teachers are in the understanding of knowing and applying the protocol with the boys, “this new normal is here to stay and we can no longer be in the stagnation of wanting to protect ourselves, but rather, learn to live with this,” he said.

The response of the teachers is very positive, in fact they already asked for it in person to avoid an educational lag by not acquiring the skills one hundred percent.

He said that the evaluation carried out in the simulation center last semester was good, because despite the possible lag that may be due to online classes, the percentage of accreditation was 98 percent of the 120 students who were.