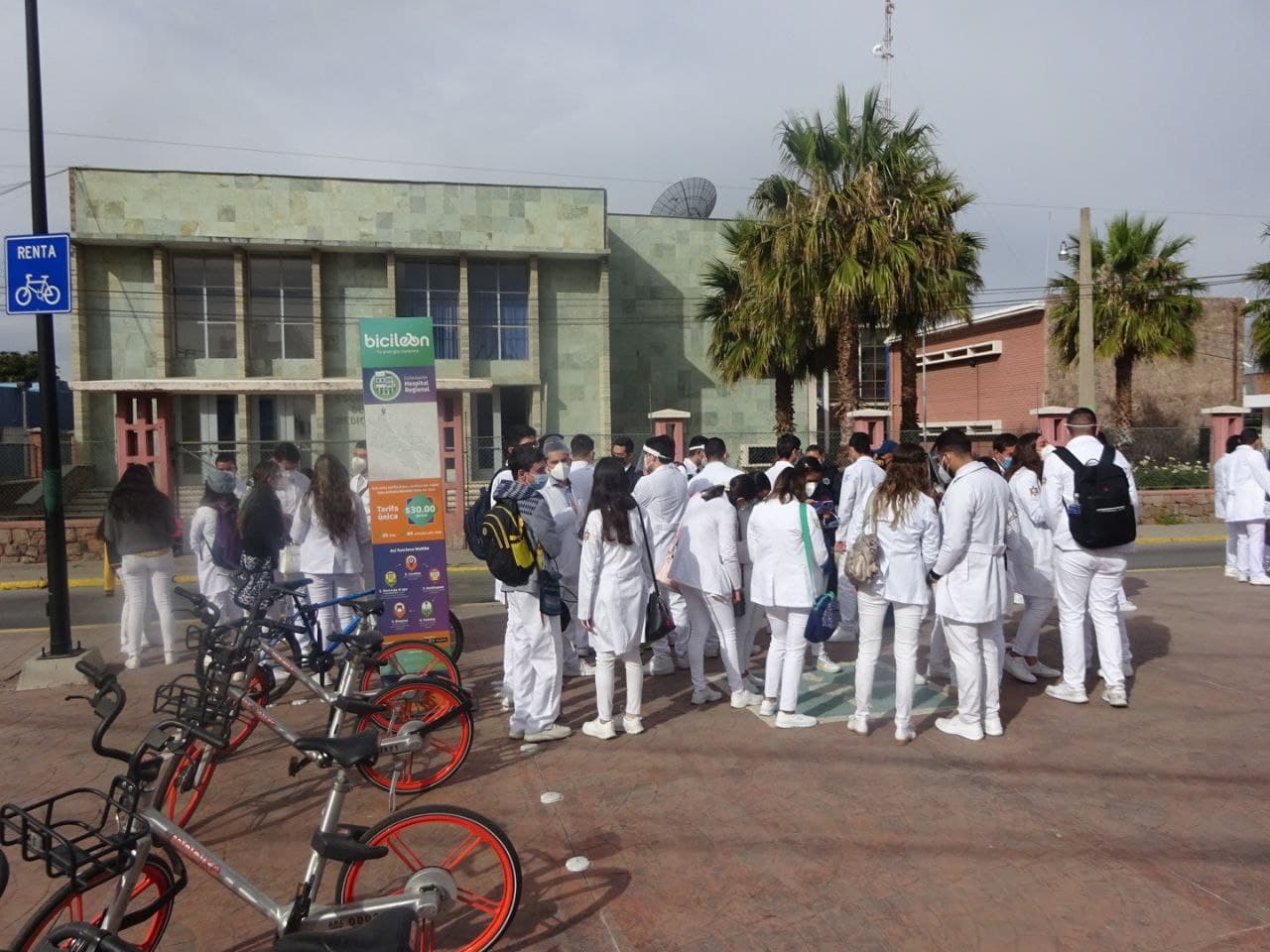 Leon, Gto. The next medical interns from the University of Guanajuato (UG), demonstrated outside their faculty and demanded that the health authorities improve the conditions where they will provide their social service.

The next month of February begins its year of retribution to society, in which previously the applicants compete with average for the places offered in a formal event.

Future doctors, in order to qualify and enter the world of work or continue their specialty studies, must fulfill their service in communities in other municipalities where they fear for their safety, mainly due to crime and isolation due to the lack of a mobile signal.

This Thursday morning, less than 10 hours after the event for the allocation of places began and where the students seek to choose the one closest to the address where they live, they were informed informally through WhatsApp that the event it had been cancelled.

That is why around 85 students affected by this situation peacefully protested outside the faculty, located next to the State Hospital for Covid-19 Attention in the Obregón neighborhood.

Dissatisfied students told Free Zone News, that the test would be postponed until January 28, just 3 days before the start of the year of service, which further complicates the task of going to find a place where they will live the next 12 months of their lives and the difficulties for transportation.

In addition to this, the students of the medical degree point out that most of the places offered are in remote, dangerous places, without access to telephone or internet, due to the lack of signal in mobile equipment and because this service to be communicated It hasn’t reached those areas yet.

During their protest, the next doctors made the situation visible and demanded safe places offered in time so that they can fulfill their social service, since they are sent mainly to carry out work in the health centers attached to the SSG located in communities with many shortcomings and problems in which both men and women are in great danger.

Problems from the start

Christian, one of the students who participated in the demonstration, said that the group of medical interns in social service will begin the year of professional activities for the period February 2022 to January 2023.

“From the beginning this process has been a problem because they are telling us everything at the last minute, we have realized that in other private universities in the state and even foreign they have already chosen places and we at the University of Guanajuato do not give us an answer” said the protester

The options to make the selection of places through the internet was not a possibility and now they find themselves with the uncertainty of knowing if they will be assigned to a community in León or one from another municipality in the state of Guanajuato.

“There are some places where there is no communication or basic services… we ask the authorities of the University of Guanajuato (UG) and the Secretary of Health of Guanajuato (SSG), who are the ones who ultimately organize this process together, to can do the event before or that they give us a margin of time to be able to move and adapt, in addition to safe seats”, concluded the interviewee.