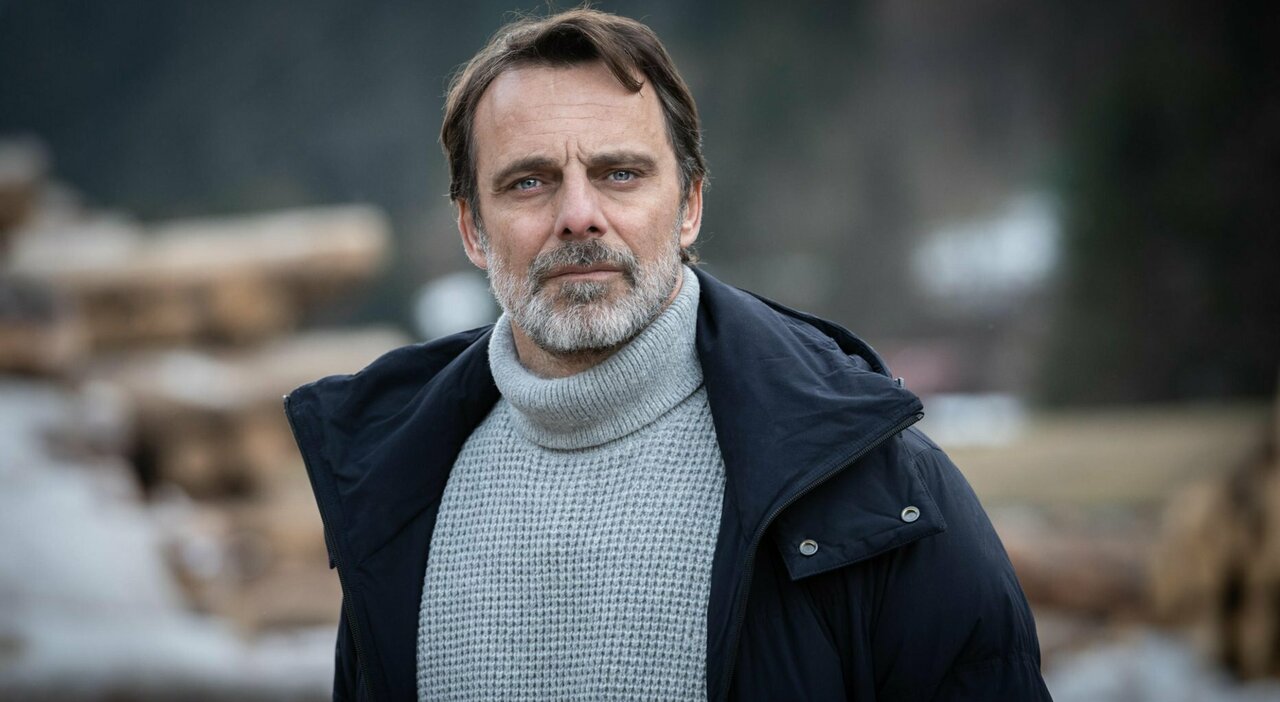 “Me, a boy father at 21, graduated in law thanks to my mother’s kicks”

The voice in his environment has been around for some time and with some insistence, so we start from there, a little uphill, perhaps, but in this way we don’t think about it anymore. On the other hand, Alessandro Preziosi49 years old, Neapolitan, actor for thirty years on the track, two children from two different women – Eduardo, 27, and Elena, 16, with Vittoria Puccini, 42 – say both kind of who doesn’t hold back.

Passes to be an asshole: confirm?
«Many think so, it’s true. Less than before, however ».

And is it?
«Only those who do not know me say so. I am Neapolitan and I like making jokes. I love to make fun of people. I have fun with little, only sometimes it seems too much. My bullshit, or my being out of place, is explained in this way. “

In practice, what does it do?
«I throw it on the surreal, I emphasize the ridicule, I exaggerate a little. I don’t take seriously what shouldn’t be taken seriously. By now everyone thinks of themselves who knows what. “

Those of the show, then.
“Precisely. To those in my world who complain, and it often happens, I say: “Did you understand or not that for half a day of work they give you the monthly salary of three people?”. And then the money on image rights: here there are no real rights … ”

Cannes, “The eight mountains” with Borghi and Marinelli wins the jury’s prize ex aequo with “Eo”. Palme d’Or at “Triangle of Sadness”

Hers is a family of lawyers (criminal father, tributary uncle, mother prosecutor), and she too graduated in law while dreaming of doing something with music: was she getting along or was it just a game?
«In Naples and Campania with the microphone in my hand I knew how to do it: I sang and imitated Maradona, Bombolo, Troisi, Vialli, Verdone very well … I have always enjoyed entertaining. I also recorded two rumba records ».

Rumba?
“Yup. But I love the blues: John Mayall, Ry Cooder, Eric Clapton … And I grew up listening to Keith Jarrett. With the plan I tried to do it by ear ».

Was it tiring at home to pass a dream like this?
“Yes, a lot. Even today my mother tells me that when I was young I didn’t need kicks in the ass, but in the face. Fortunately, my parents gave me very important lessons in seriousness, which I did not have ».

Knowing it first let’s say that it happens to almost everyone.
“Of course. In my case, however, that wait brought about a big change. At the end of those nine months, after accepting my son’s mother’s choice, I chose to become a father. I saw a very personal Northern Lights ».

Luca Tommassini talks about violence in the family: “My mother Lina ended up in a coma to defend me”

What do you mean?
“I thought of everything: family, friends, work, love, money, freedom, prospects … And I accepted the challenge without ever holding back”.

He said he had a Russian roulette youth, risking his skin multiple times. What did she do and when?
“Unconscious stuff, about 17 to 25 years old. Then with my 2-3 year old son I calmed down a bit ».

What are we talking about?
“In my curriculum there are no car or moped thefts, but reckless crossings to go dancing in Rome”.

She said she had a bad time.
“Better not tell. Let’s say I used Russian roulette with a toy gun. I found myself involved in some road accidents but I didn’t drive myself ».

Did you tell your children all this?
“Of course. I don’t want them to waste time doing stupid things again. It is not true that certain mistakes have to be made by force. Fortunately, I have two children who tell me everything. I love them madly. And I believe that my difficulties in relationships are also the result of the fact that when at 21 you find such an absolute form of love, afterwards everything is more complicated “.

In interviews he often talks about forgiveness: has he granted or obtained it more?
“I have been more forgiven. The others went faster than me. I have more undertow ».

So far has it picked up right or could it have been better?
«This job is not just made up of what you bring to the set or stage, but of choices. And I’ve always been lucky in making them ”

Theater, TV and cinema: is he better at what?
“I’m strong at ping pong.”

Is this a joke?
“Yup. I have learned to include, both in work and in life. Let’s hope someone won’t prove me wrong ».

To whom does he owe his professional fortune? Make only one name.
«The director Antonio Calenda, who chose me for my first theatrical performance. He was the one who noticed that I had something. ‘

What are you most proud of?
“When I went with a man.”

Scherzo o coming out?
“I’m kidding, for heaven’s sake. I am proud to have the courage to say that I am a miracle worker ».

Do you consider yourself as such?
“Of course. The miracle always determines an amazement towards what happens. And I, I have no doubts, am amazed and aware. If I think of the many things done in recent years, recently also a filmmaker’s documentary on the Irpinia earthquake fifty years ago, I repeat it to myself: I am a miracle worker ».

The hottest disappointment?
“Not having played the role of Le Chiffre, the antagonist of 007, in Casino Royale in 2006. The night before the second audition I was very late and the next day I had no voice.”

He did not appear at the audition for Paolo Sorrentino’s “The Young Pope” despite the call-up: why?
“I was busy at the theater. He is great for me. I hope for another occasion ».

Do you know each other?
«I met him years ago at the stadium in Naples for the final of the Coppa Italia Napoli-Fiorentina. Accompanying Paralympic athletes, I arrived without a ticket up to the grandstand and sat right in his place. “What are you doing here?”, He said to me. In the end we won ».

Will you also make a film as a director?
“Yup. I’m working on it. The starting point is Franz Kafka’s “Letter to the Father”. In the meantime I would also like to play the piano more seriously and sing. For the next edition of Paolo Genovese’s Umbria Film Festival I will do a show with Mogol on his songs. I will sing and act. For me he is a giant ».

Your father and grandfather were mayors of Avellino in the past: have you ever thought about politics? Is it true that you have been close to 5 Stars?
“No (laughs), never. Politics for me is something distant. And then I am not blackmailable ».

Are all those involved in politics? Does he say it because he knows?
«Because I see it. Too many compromises are made that do not respect everyone’s well-being ».

In his latest film “Bla bla baby” his character has the superpower to talk to babies: what superpower would he like to have?
“Nobody. I would just like to always remember that hope is the greatest form of love. “

Speaking of love, is he still a gentleman?
“Yup. With offspring ».