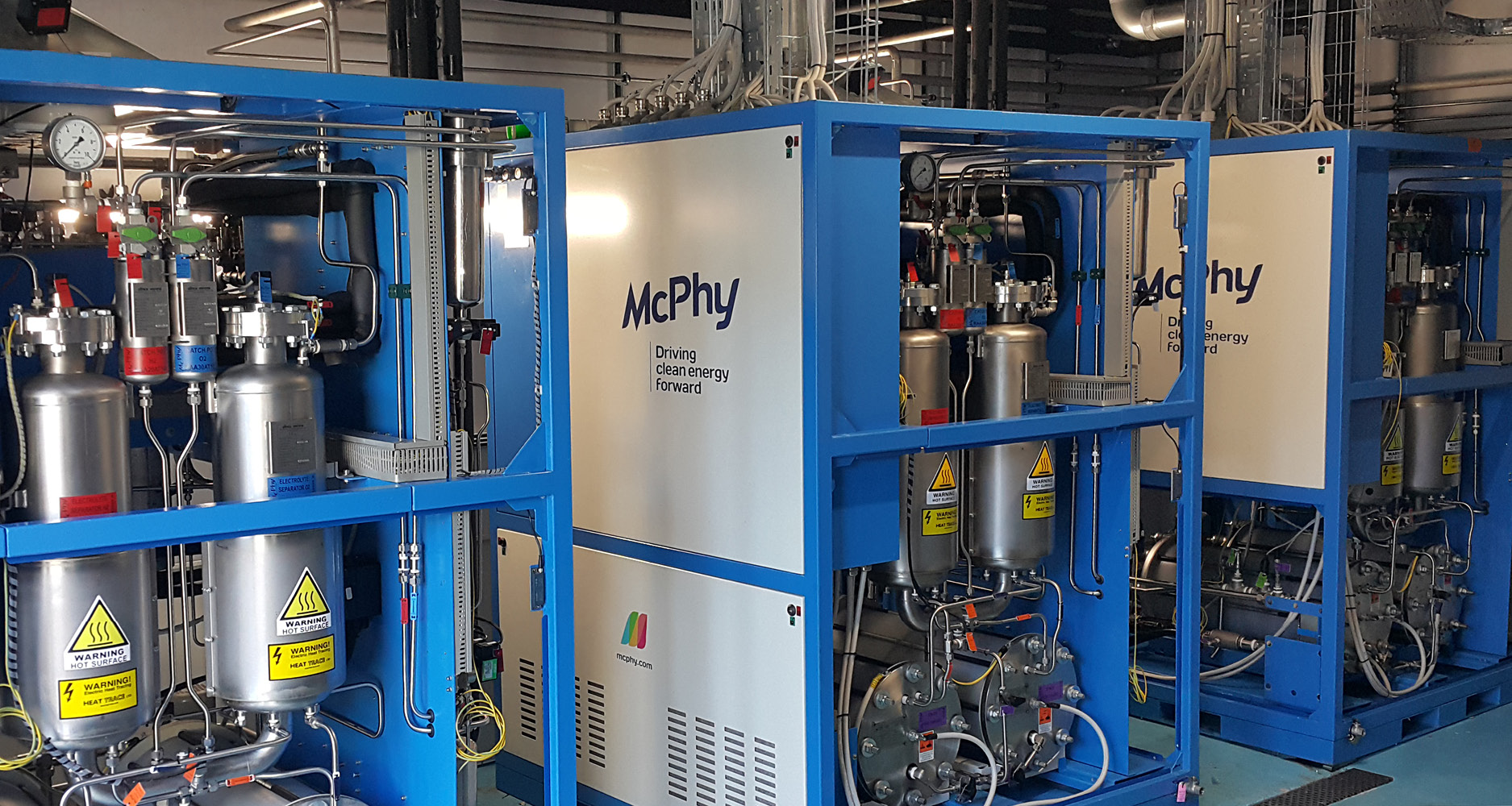 (BFM Bourse) – McPhy shares try their hand at bungee jumping on Wednesday, as the group warned that it risked experiencing only “limited” growth in turnover this year, after a first semester in decline.

Certainly, McPhy had issued a warning signal last May. But it was necessary to refer to the very end of the press release announcing the choice of Belfort for the establishment of the future “gigafactory” of the group to flush out a relatively worrying mention.

It was first necessary to read the detailed description of the challenge of this gigawatt-scale electrolyser production site – essential for strengthening and sustaining McPhy’s leading position in the alkaline electrolysers market via the materialization of economies of scale making it possible to reduce the cost of “green” hydrogen produced by electrolysis compared to carbon energies – then read the statements of Bruno Le Maire and Agnès Pannier-Runacher welcoming this choice before come to the next clarification.

“The taking of firm orders and the execution of projects are slow to materialize, particularly given the global health context and the related restrictions, and the wait-and-see attitude of certain economic players dependent on public financing mechanisms”. As a result, McPhy warned that he expected “limited first half revenue growth.”

According to figures published Thursday evening by McPhy, it is even in decline that the turnover of the first half could register compared to the 5.4 million euros of the first six months of 2020, since it should be ‘establish “above 5.0 million euros” for the period ending at the end of June.

“As announced during the group’s last communication on May 21 [en fait le 20 mai, NDLR], and in spite of a market which remains very buoyant, McPhy notes delays in the execution of its projects, as well as in the taking of firm orders, the latter being slow to materialize, in particular given the global health context, related restrictions, and the wait-and-see attitude of certain economic players dependent on public funding mechanisms, “repeats the company from La Motte-Fanjas, on the western slope of the Vercors.

In addition to the delays, McPhy also saw an important market slip away at the beginning of the year, that of the supply of electrolysers for the first French “green” hydrogen plant that the company H2V, allied with Air Liquide, will build in Port-Jérôme. -on the Seine. It is in fact the German Siemens Energy which was chosen to equip this site with a total capacity of 200 megawatts in Seine-Maritime, which is likely to come into service by 2023.

From now on, it is the whole of the 2021 financial year which may show a growth in turnover “limited”, recognizes McPhy Energy.

Notwithstanding, the company intends to continue the deployment of its economic model based on the continuous improvement of its technology in green hydrogen – which can only be conceived over long cycles, underlines McPhy. And to reiterate “its confidence in the medium and long-term growth prospects of its markets” while promising to remain focused on “the industrialization of its production capacities and the acceleration of its technological developments in zero hydrogen. carbon”.

On the investor side, the disappointment resulted in a 12.16% drop in the stock on Wednesday around 10:30 am. At 23.98 euros, the price is a low since November 2020. It remains slightly higher than the price (23.50 euros) of the capital increase of 180 million euros carried out in October 2020. And the capitalization represents still nearly 50 times the sales of 2020.

On the other hand, the managers (including the founder Philippe Mauberger) and directors of McPhy who have placed themselves for sale on several occasions since the end of 2020 have been rather well inspired, most of these operations having been carried out above 30 euros. the action.

Receive all the information on MCPHY ENERGY in real time: