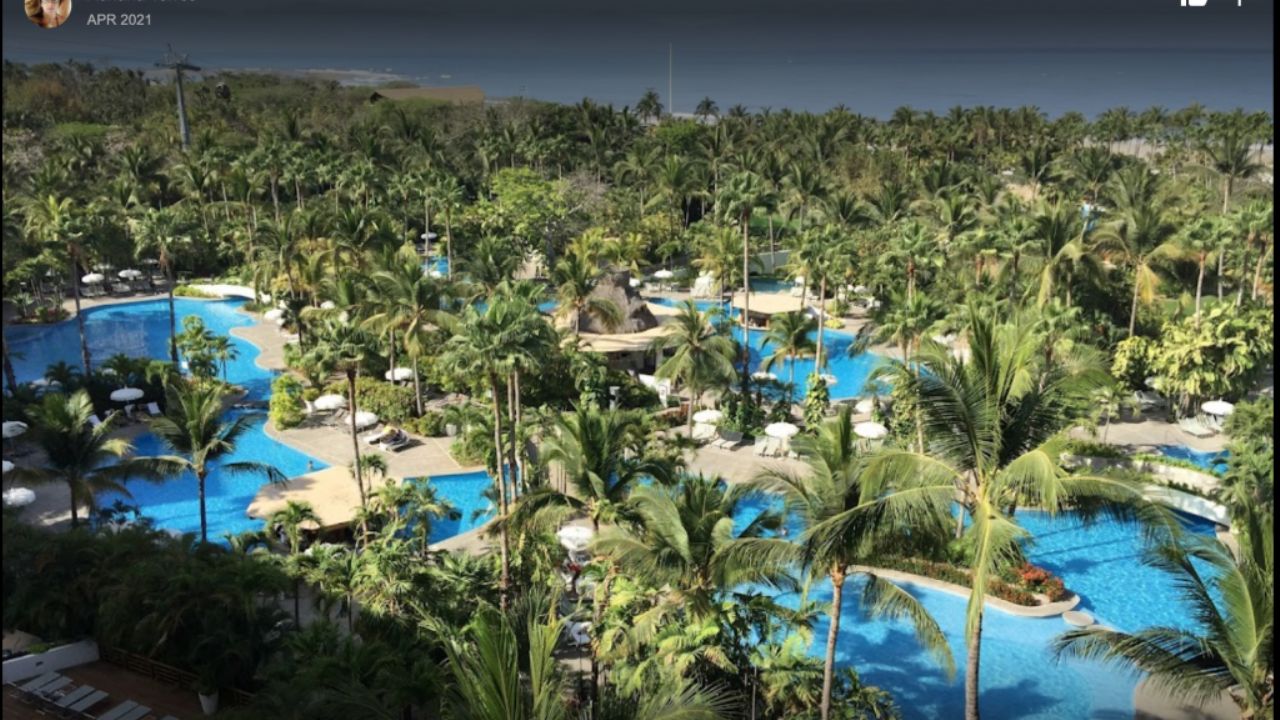 Mexicans Against Corruption and Impunity (MCCI) published that Group Viewing, tourist consortium that he founded Daniel Chavez Moran entrepreneur and consultant Mayan Trends, It would have received in 2020 the extension for 15 years of a concession to occupy a beach, as well as a permit for the construction of a cable car over the Ameca River, which will connect the tourism megaprojects in Jalisco and Nayarit.

In another report, published on February 17, MCCI revealed that the Ministry of the Environment authorized the change of land use of 2.94 hectares of semi-evergreen forest for the company to complete another tourism project in Quintana Roo.

That 2020 was the same year in which the president’s son Andres Manuel Lopez Obrador José Ramón López Beltrán, got the job invitation in KEI Partners and with it your visa to work in the United States. This real estate company was founded in Houston precisely by the children of Chavez Moran.

For those dates, Lopez Obrador announced that the founder of Grupo Vidanta would become its representative in the supervision of the section of the Mayan Train that crosses the Riviera Maya, where Seeing It has a group of hotels that would benefit from this route.

Grupo Vidanta, with concession to use the beach until 2035

The aforementioned report revealed that, in accordance with the extension of the DGZF-508/05 concession, authorized by the Ministry of the Environment and Natural Resources, it is allowed to Development Marina Vallarta SA de CV use for 15 years 84 thousand 447 square meters of beach, considered a federal zone, in the municipality of Bahía de Banderas, Nayarit, headquarters of Group Viewing.

The original concession was granted in 2005 and had an expiration date of May 2020. However, the extension authorized Rodrigo Hernandez Aguilar, director of the Federal Maritime-Terrestrial Zone, will allow Vidanta to use the beach until 2035.

This renewed concession is for the use of the retaining wall, palapas, restaurant, pool, green areas and for activities in general.

A Development Marina Vallarta SA de CV It is made up of the Sea Garden, Grand Luxxe and Celebrate Park hotels, whose partners are Daniel Jesús Chávez Morán and Daniel Omar Chávez.

According to the Ministry of the Environment, said development has complied with the payment of rights. In 2018, there were 3.8 million for the use of the beach.

They were also granted a second concession endorsement, in the same area, on Boca de Tomates beach, in Puerto Vallarta, Jalisco. In this case, the expansion was over an area of ​​1,816 square meters of maritime-terrestrial federal zone and 3,224 square meters of land reclaimed from the sea.

Although the concession expired in 2019, the Ministry of the Environment approved an extension of seven more years in September of that year, months before expiration.

The third extension of the concession

The third extension of the concession to Vidanta was in an area of ​​more than a thousand square meters in Playa Diamante, in Acapulco. The resolution to extend the concession of the beach and federal maritime land zone for another 15 years was approved on August 30, 2019.

The company of Grupo Vidanta, Marina Vallarta Real Estate Development, obtained a new concession of 3 thousand 888 square meters in Acapulco, in accordance with resolution 116/2020, of March 13, 2020.

Likewise, the companies RGL Arrendadora de Inmuebles SA de CV and Desarrollo Marina Vallarta, which are part of the mega consortium hotelier Seeing, They are in charge of the construction of a cable car that will serve as a communication channel between two hotel complexes in Bahía de Banderas, Nayarit, and Puerto Vallarta, Jalisco.

According to reports, the Environmental Impact Statement (MIA) for this project was approved despite the fact that the municipalities of Vallarta Port, in Jalisco and Bahía de Banderas, in Nayarit, they had not sent their technical opinion to the Semarnat.

In December 2018, the first protests against Vidanta group by those who live in the area, because the inhabitants did not want a mega complex near the Ameca Riverespecially because they feared that the riverbed would be modified and the animals and vegetation in the area would be harmed.

In another report published on Thursday, February 17, MCCI reported that the Semarnat authorized the change of land use of hectares of forest so that Group Viewing finished a tourism project in Quintana Roo. According to the article, the change was authorized on February 22, 2019 and, thanks to this, Group Viewing was able to build and operate three access roads and their necessary services for its tourism center.

It is specified that the Group bought on June 20, 2002 the property of the plot of land called Veracruz, of 250 hectares, to the north of the municipality of Solidaridad, Quintana Roo. Semarnat would have requested a environmental compensation payment of 221 thousand 351 pesos, which were used for reforestation or restoration activities and maintenance of 12,054 hectares that cannot be used to build roads. This authorization for Land-use change It is valid for 10 years and, as this permit does not contemplate the construction of more things, the company would have requested another change.

In 2020, the Semarnat authorized Desarrollos Marina Vallarta, SA de CV to make a land use change on forest land for a property located in the municipality of Solidaridad, on Federal Highway 307, where the Mayan Train was planned to pass.

Other permits for Grupo Vidanta

MCCI It also documented that in 2020, when José Ramón López Beltrán began working with the sons of the founder of Vidanta, the consortium obtained at least 35 federal permits or concessions, in addition to the places mentioned, in Los Cabos, Baja California Sur.

Following the publication of the reports, follow-up to the first investigation by Latinus and MCCI into the luxurious life of AMLO’s son in Houston, Texas, Daniel Chavez Moran denied that his company (Group Viewing), had a relationship with the federal government or public officials and denied that the current government had granted him a beach concession for his hotel services. He added that these were obtained in previous administrations and that they have been updating and renewing them.

In the spread that was broadcast in national media, such as Process, the businessman denied the points discussed in the MCCI articles. He clarified that as honorary supervisor of the Mayan Train advance It is not related to the layout or administration and he explained that his work only consists of measuring the progress of the work.

“My function as Honorary Supervisor of Advance of the Mayan Train has no relation of any kind with project, layout, or administration issues. My job consists solely of having a reliable review and measurement of the progress of the work. Grupo Vidanta, my family and I; We do not have a commercial or work relationship of any kind with any level of government or public officials,” said Chávez Morán.

Daniel Morán denied that his company intended to invest in the Maria Islands and that it planned to open a route there with its cruise branch.

In his statement, the founder of Grupo Vidanta acknowledged that he donated a 2,000-hectare plot of land in Sonora to the CFE to build a solar park, but specified that his company will not be part of that project. He added that his foundation purchased 400,000 presidential plane raffle pieces that he donated to underserved schools and that eight had winning numbers.

“I safeguard our right to file a legal complaint against those people whose false assumptions or lies cause moral or economic damage to our people or companies,” concluded the businessman.

See also  Biomass boiler room in Atlanta: resistance is organized in the neighborhood