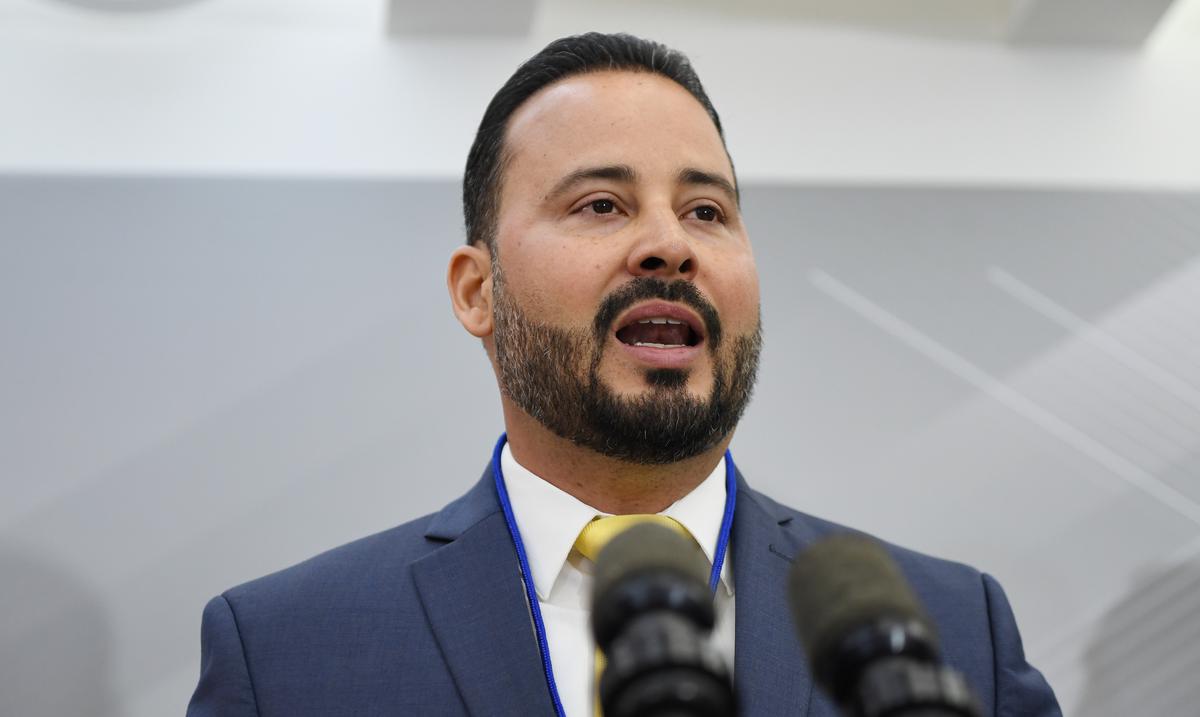 The rebound in confirmed COVID-19 cases, with the highest positivity rate of 30.33%, registered today, Thursday, has prompted mayors to take more restrictive measures in the last week of the year to handle the increase in the level of contagion, said the president of the Association of Mayors of Puerto Rico, Luis Javier Hernández Ortiz.

At the moment, the municipal executives of Villalba, Ciales, Bayamón, San Juan, Juana Díaz, among others, have decided to cancel or suspend the Farewell of the Year and Kings festivities, so as not to expose more people to contagion.

“I have businesses that have had to close because they have had positive cases in all their employees, so we are in a crisis. In Villalba, I suspended all massive activity. Any activity that may have an agglomeration of people is suspended and businesses are closing at 12:00 midnight “declared Hernández Ortiz, mayor of Villalba.

For their part, both the mayor of Ciales and Juana Díaz this week signed municipal executive orders that limit the hours of establishments that sell alcoholic beverages within the range of 5:00 a.m. to 10:00 p.m.

“We receive many tourists, and, given that concern, we made the decision that the businesses operate until 10:00 at night. In addition to all the executive orders from the governor, we were a little more aggressive in extending the restrictions. “, said, for his part, the mayor of Ciales, Alexander Burgos Otero.

On the other hand, the president of the Association of Mayors accepted that the organization is not making any official recommendation on canceling mass events, but is leaving it at the discretion of each municipal executive. In Villalba, Hernández Ortiz confirmed that all municipal activities were canceled.

See also  Covid, will we get out of the pandemic with Omicron? Infections in the United Kingdom have been down for five days

Despite the fact that this rebound has led to the highest positivity rates, several mayors agreed that the situation, compared to 2020, is different because the majority of the population is vaccinated and booster doses and new treatments are being implemented. monoclonal to fight the virus.

The 15 municipalities with the highest incidence rate —At 3:00 pm on Thursday, according to the BioPortal of the Health Department— son: Vega Baja, Corozal, Caguas, Bayamón, San Juan, Aibonito, Carolina, Florida, Culebra, Aguada, Rincón, Fajardo, Lares, Río Grande and Naranjito. These data make up the period from December 24 to December 30, 2021.

Incidence shows the probability that a person in a certain population is affected by the disease, according to MedlinePlus, a web portal of the United States National Library of Medicine. In the monitoring of COVID-19, the epidemiological criterion has been set at a sample of 100,000 inhabitants.

Hernández Ortiz stated that the most worrying thing for municipalities is the lack of molecular tests because people are crowding labs, some with no COVID-19 symptoms.

“The problem we have is that a lot of people have run for antigen tests. It is a situation in Villalba and, for sure, it is the same that the other mayors are having. There is no access to molecular tests. The laboratories are saturated “Hernández Ortiz explained.

Likewise, the municipal executive pointed out that the laboratory staff has been extremely exhausted since the rebound began.

On the other hand, he announced that next week they will be evaluating, together with the Secretary of Health, Carlos Mellado, the plan of the vaccination centers at the island level. According to the health agency, 80.1% of eligible people (5 years or older) in Puerto Rico have the two-dose series completed.

In the case of Bayamón, the mayor Ramon Luis Rivera CruzHe pointed out that he has seen that the spread of the omicron variant has been faster than others, but not as dangerous.

“There is a great spread of the omicron variant, but there is something positive, and that is that the effect of this is much less damaging than previous variants such as the Delta. Which is good because the hospitals do not fill us with people, that is where the danger is, that the health system collapses “Rivera Cruz said.

The chief executive of Bayamón insisted that the government has made an effort to manage the situation and that, “at the end of the road, it will depend on the sense of responsibility that each of the citizens has to protect themselves.”

In addition, he highlighted that 88% of the population in his municipality has the two doses completed.

“We did some very aggressive vaccination campaigns throughout the city. We went house to house, took censuses in the communities and distributed materials. That has helped a lot to control, in a certain way, that the hospitals are not full “, stressed Rivera Cruz.

The new day He tried to interview the president of the Federation of Mayors, but there was no response from him as of press time.