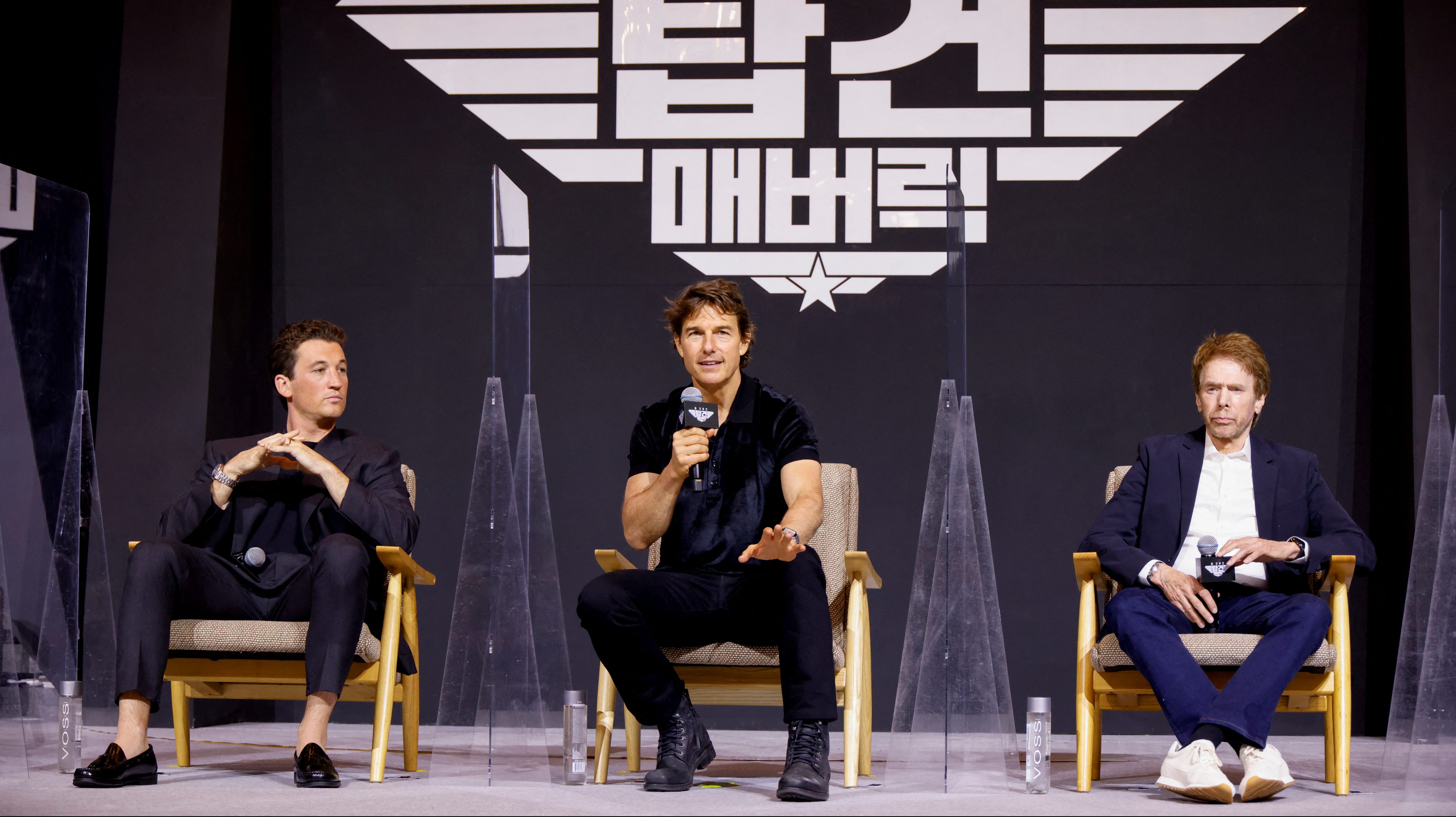 The uneasy relationship between Hollywood and China took a major turn in the past year, highlighted now by the success of Top Gun: Maverickwhich crossed the $1 billion mark in ticket sales last weekend.

Like many Hollywood productions in recent years, part of the film’s $170 million budget had partial backing from a major Chinese investor, in this case, Tencent. However, the company pulled out due to reported concerns that the Chinese Communist Party (CCP) officials would not appreciate its affiliation with a film framing the US military in a positive light.

Political tensions tied the film first surfaced in 2019, when the initial trailer for Top Gun: Maverick showed Tom Cruise’s character wearing a flight jacket without the flag patches of Japan and Taiwan, which were shown in the 1986 original, and instead had different graphics in their place.

Critics noticed the omission, with some taking it as sign that the film’s US producers were bending to the will of the Chinese government, which does not officially recognize Taiwan as a country. Similar concerns were voiced in 2021, when the actor John Cena made an unusual public apology to the people of China for calling Taiwan “a country” during a promotional interview for an installment of the Fast and Furious film franchise.

US film studios have tried to follow China’s rules, but it doesn’t always work

The two recent instances are just the latest in a long series of moves by Hollywood to comply with China’s censors in order to maintain access to its 1.4 billion moviegoers, the largest film market in the world. Chinese investors, meanwhile, have poured hundreds of millions of dollars into US film studios.

Despite Hollywood’s efforts to work with the Chinese government to get its films into the market, the Chinese Communist party’s censors regularly block major films for a wide range of specific and sometimes unexplained reasons. For example, Spider-Man: No Way Home was banned in China due to what the government thought were images of the US that were too patriotic, according to some sources familiar with Sony’s dealings on the matter. The offending patriotic material in question: New York City’s Statue of Liberty, which appears near the end of the film.

Likewise, superhero films including Marvel’s Black Widow, Eternals, Shang-Chi and the Legend of the Ten Ringsand Doctor Strange in the Multiverse of Madness have all been banned in China.

But the bans don’t necessarily spell doom for the films in question. No Way Home still managed to become the most successful film of 2021, defying pandemic lockdown challenges as well as the lack of China’s ticket sales, ultimately pulling in $1.9 billion globally. In the beginning of 2022, Doctor Strange prevailed to become the year’s most successful release at $950 million, until the debut of Top Gun: Maverickwhich surpassed that total and continues to enjoy robust ticket sales.

Hollywood studio executives are still mostly hesitant to address the China censorship issue directly. When pressed on the topic by a Variety reporter in 2021, Disney’s Asia-Pacific president, Luke Kang, attempted to paint a positive picture.

See also  Just the same! ANETTE MICHEL confirms with this PHOTO that he inherited the beauty of his parents - Radio Fórmula

“It is hard to predict the moves of a government,” said Kang. “Our job is to be where the consumers are at, understand the consumer, [understand] where our brands and franchises resonate. Within the constraints and confines that we are given, we are able to maximize our reach and potential.”

But when a depiction of the Statue of Liberty gets a film censored, yet Cruise’s Mission: Impossible—Rogue Nationa 2015 film about a heroic US intelligence agent, is allowed a China release, determining what might pass muster with CCP censors seems to be a challenge.

Rogue Nation made $136 million in China, which means Top Gun: Maverick may have lost out on at least that much. Still, with the “constraints and confines” of what is and isn’t acceptable to the CCP continuing to be vague at times, Hollywood studios appear to be preparing for life without the Chinese market.

Incidentally, the jacket as depicted in Top Gun: Maverick’s 2019 trailer didn’t make it to the final cut of the film. Instead, in the first few minutes of the movie, Cruise dons his classic flight jacket, which displays the Taiwanese and Japanese flags just as it did in the 1980s original.