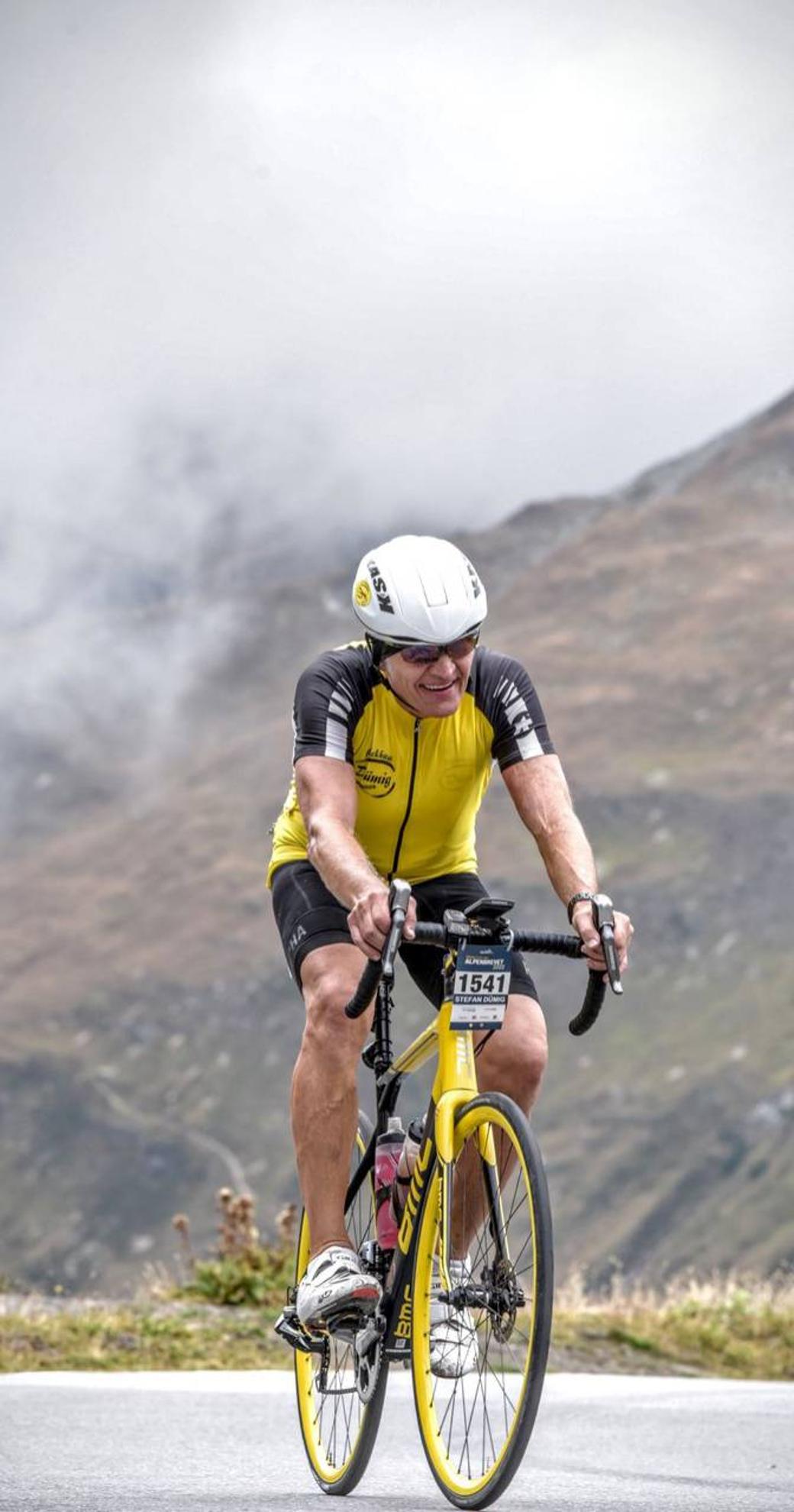 The great passions of master baker Stefan Dümig from Haar are his job – and triathlon. Both demanding, both time-consuming. Especially in the donut season.

Hair – No sooner have the cookies been eaten than it says “Hellau hellau”. Carnival time is donut time. Donuts with jam is the classic. Donuts with chocolate. Donuts with amaretto. Everything is possible in the Dinkelbäckerei Dümig in Haar. The bakers are very busy. An employee has just dropped out. That means master baker Stefan Dümig had to work a night shift and only went to bed shortly before four o’clock. Instead of getting on his racing bike after work, he stayed until 8 a.m. today. “The boss is always the last man standing.” Despite this, Dümig runs his business with passion.

Stefan Dümig helped out in the bakery as a child

Even as a child, Stefan Dümig, now 60 years old, was allowed to help his father Alfred bake pretzels. There was pocket money for that. “Five marks for a pretzel.” A few pfennigs for a dashti topping. A couple of gummy bears for taking the baked goods to the corner shop. “I grew into it,” says Stefan Dümig. In 1989, the trained baker and confectioner took over the business in the third generation. The Dümig Bakery has been a family business for over 90 years. Today it is one of the best bakeries in the country.

“A donut always has to be baked fresh in the morning so that it tastes good,” says the chef. The Dümigkrapfen is baked in fat for four minutes. The bakers prepare the dough in the bakery before it has to rest for an hour and a half. The selection in the spelled bakery is huge: the Dümigs have 37 types of donuts in their range. The 37th donut is always a new experiment and has a specific theme. Soccer for the 2010 World Cup, Beethoven for his 250th birthday and mango cheesecake for an American year.

See also  Milwaukee and Golden State regain the advantage against Boston and Memphis ... the recap of Saturday night

Latest creation: Rhubarberiator is filled with rhubarb and vanilla cream

This year Dümig created the Rhubarberiator – a donut filled with rhubarb and vanilla cream. Dümig doesn’t just have one favorite donut, but three. “Similar to cars, we differentiate between three quality standards. My favorite is one from each category.” Amarena, eggnog and strawberry mascarpone. “The advantage is that you get away cheaper than with a car,” says Dümig and laughs.

His second passion is sport: triathlon

But Dümig doesn’t just love baking. “My two passions are baking and sports. I tried to balance the two. Similar to yin and yang.” This is how he combined the two interests. The Dümig Cup at TSV Haar is a football tournament for young people that he sponsors. “Running Prezel” is a sports community initiated by Stefan Dümig.

When he ran his fourth Ironman in 2010, he came up with the idea of ​​outfitting his athletes with The Running Prezel apparel. Dümig trains almost every day. In the past with a trainer, now with a fitness watch. In addition to cycling, running and swimming training, strength training is also part of it. In the spring, the M312 is scheduled for Mallorca. You cycle 312 kilometers along the coast and back inland.

Dümig supplies the spelled range as far away as Sweden

Dümig’s sports awareness was the incentive to switch from wheat to spelled baking in the 1990s. Gradually he changed the entire range. Today, Dümig delivers as far away as Cologne and Sweden because spelled bakeries are rare.

Vegan baked goods are also booming. Dümig’s breads and rolls are all vegan. In the pastry shop, vegans will find marble cake, Spanish almond cake and, soon, carrot cake. Even donuts, which are really tasty even without egg, butter and milk. Instead, margarine, corn flour and guar gum are added to the dough. “If all vegan baked goods tasted just as good as traditional ones, I would only offer them vegan.” However, that will take some time. In his bakery, Dümig works with his daughter Geraldine Dümig (35) on new vegan pastries. The master confectioner and baker is very supportive of the vegan trend.

Regionality and craftsmanship are top priorities for Stefan Dümig. He buys the flour from the Weiss family mill in Julbach. “I’m a craftsman myself and I would also like to work with craftsmen.” Perhaps there will soon be Salmdorfer Bauernbrot made from Salmdorf spelled. Dümig is currently considering with Andreas Rieder, a friend from the local council, whether growing spelled in Salmdorf is lucrative. “The spelled could be ground in the mill and baked in our Salmdorfer bread.” Or in donuts.