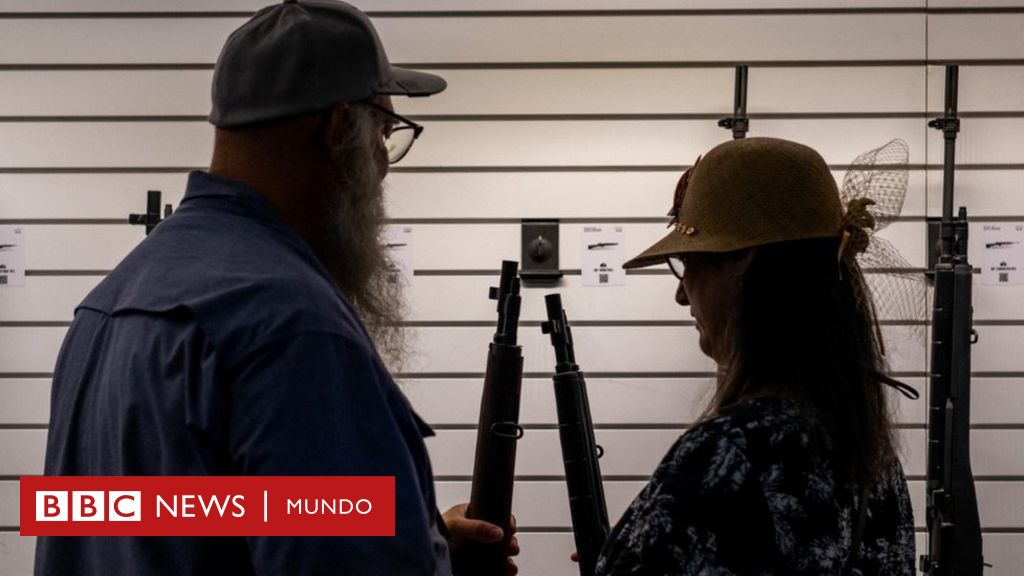 Massacre in Texas | “Mass shootings are less than 2% of deaths associated with gun violence in the US.”

Despite having researched gun violence in the United States for nearly half a century, Philip Cook is devastated by mass shootings like the one that killed 19 children and two teachers at a Texas school on May 24.

“I am the grandfather of two elementary school children and it is very easy for me to imagine something similar in the school they are going to attend,” says Cook, professor of Economics and Public Policy at Duke University, in an interview with BBC Mundo.

Co-author of books like “The Gun Debate: What Everyone Should Know”Cook directly associates massacres like the one in Uvalde (Texas) with the proliferation of firearms in the US, where on average there is at least one in private hands for every man, woman and child.

He explains that the majority of gunshot deaths in the country, far from occurring in mass shootings, are suicides and homicides that receive less general attention.

And yet, Cook considers gun regulation in the US to be unfeasible today.

What follows is a synthesis of the telephone dialogue with this expert who in 2020 won the Stockholm Prize in Criminology for his research on gun violence.

Are horrific mass shootings like the one in Texas America’s biggest gun proliferation problem?

When we have more guns and more homes with guns, the result is inevitably going to be more gun violence.

The particular problem with mass shootings, where multiple people are killed at the same time, is the proliferation of military-style weapons, now the popular weapons sold in gun shops.

What we’ve seen is that these guns, which can fire a lot of rounds fast, have become widespread and basically all mass shootings are done with them.

But statistics show that mass shootings accounted for less than 2% of gun deaths. of fire in the US last year. Most were suicides and then homicides. So much of the gun deaths in the US are silent to the people?

It’s true. It depends on how you define mass shootings, but by any definition they are less than 2% of deaths associated with gun violence.

In 2020, the year for which we have the latest and best data, nearly 20,000 Americans were killed by guns in assault situations, in homicides, and about 24,000 in suicides. That total of 45,000 is extraordinarily high: it does not compare with other rich and developed countries.

The percentage of homicides committed with firearms in the US now reaches 80%. That is, four out of five.

In the midst of covid in 2020 we had a 30% increase in the homicide rate and that was essentially due to an increase in gun murders.

So perhaps mass shootings are just the most visible face of a deeper phenomenon in American society?

Yes, there is much to be learned by comparing mass shootings to the more routine violence that plagues many US cities.

In both cases the damage is not only counted by the number of victims. People anticipate violence, take drastic measures to try to avoid and mitigate it. In all these cases our standard of living decreases.

For schoolchildren, that means they now have to undergo active shooter drills. Many times those drills, which anticipate the possibility of a shooter breaking into the school, are traumatizing.

We have to understand that many more people see their lives distorted and harmed as a result of the threat.

Is this phenomenon you call “routine gun violence” in the US largely ignored?

I think because it is so routine and because it focuses on disadvantaged groups, it tends to be ignored or downplayed even though the volume of such violence is so incredibly high.

I think the best estimate is that more than 100,000 people were shot last year, and about 20,000 of them died as a result of criminal assault.

This is a very common and unfortunately endemic problem that has persisted for a long time.

And what we have to do is recognize that this is a problem for all of us, just like mass shootings, school shootings. The threat spreads and becomes a burden on our cities and our states.

Have you been able to come up with a figure for how many guns are on the streets of the US?

I believe that the number of weapons in private hands is not exactly known. The US does not register guns in most states and there is no direct way to find out.

We try to estimate it through surveys. The answer is more than 300 million weapons. To put it into perspective, that tells us that there is at least one gun in private hands for every man, woman and child living in the US.

It is the highest rate of weapons per capita, at least compared to other equally prosperous and developed countries.

I’m not sure we have a clear idea of ​​how many weapons are circulating in El Salvador or Brazil, since it’s hard to measure there, too. But we certainly have far more guns in proportion to our population than Canada or any of the Western European countries, Japan or Australia.

I said at the beginning something that seems logical: that the widespread availability of guns in a population leads to more gun-related deaths. Is that what the evidence shows?

Yes, the evidence is very strong for both suicide and criminal shooting.

When the number of households with at least one firearm—and especially with a handgun—increases, this is associated with an increase in the number of suicides and homicides.

Of course, there are many other factors that also influence the number of suicides and homicides. But the presence of a weapon aggravates the situation.

The big question: what must be done to change this reality and stop shootings in the US?

I think there is not much that can be done in the area of ​​gun regulation for two reasons.

One is that politics has long made it very difficult to move forward at the national level.

Since the 1990s there hasn’t been a way forward with Congress and that’s because the Republican Party, for whatever reason, has embraced the idea that more guns are better and become a pro-gun party. So they are in a position where they can block progress in Congress and they will this time.

I think there is a possibility at the state level, in some states where the Democrats are in control.

The other big hurdle in the regulatory arena is going to be the Supreme Court, which in 2008 first ruled in the Heller case that the Second Amendment to the US Constitution provides a personal right to own a firearm for self-defense. In the home.

That right is going to be expanded by the Court that we have right now: six of the nine members appear to be very pro-gun and have a very expansive definition of the Second Amendment.

What do we do when they take away the resource of regulating weapons and making them more difficult to obtain?

We are left with the possibility of educating the public about the dangers of having a gun in the home, which could make a difference for some. Beyond that, we’re really going to have to rely on the police and law enforcement.

In a heartfelt speech after the Texas school shooting, NBA Golden State Warriors coach Steve Kerr said that people in America are “hostage” to senators who refuse to submit to vote a bill that increases background checks to buy weapons, which has already been approved by the House of Representatives. Is the Senate part of the problem?

The US Senate is a very conservative organization, in the sense that it represents Republicans much better than Democrats across the country, having two senators from each state.

Thus, the states of California and New York, for example, which have a very large population, only have two senators, as do the states of Kentucky or Kansas.

The second problem is that, to pass a gun control measure, the Senate requires a supermajority of 60 votes out of 100 for technical reasons. And he doesn’t have those votes for anything that enforces gun control.

Is this reluctance in Congress to restrict gun ownership due to what is often called “the gun lobby”?

Historically the gun lobby, and especially the National Rifle Association, have been very influential, not least because they have been able to mobilize large groups of voters who believe that the freedom to have as many guns as they want is paramount.

Today, I am not so sure that the National Rifle Association is the main political actor. They have had a series of scandals, they are economically weakened.

What I do believe is that the Republican Party has now assumed that role and has accepted the agenda that the gun lobby traditionally had.

In the US there is also a “gun culture” and the right to have them is even written in the Constitution. Many Americans feel safer with a gun. So do you see something deeper, cultural and perhaps more difficult to change than the law itself?

Of course, there is a percentage of Americans who are very devoted to guns for personal safety and have also bought into the myth that having an armed public will prevent government tyranny.

It is interesting that when we talk about culture, we usually mean deep history. However, when I started working in this area in the 1970s the situation was different in many ways.

Most states had pretty strict limits on carrying concealed weapons in public, for example.

When we did a national survey at the time and asked people if they had a gun and why they had it, gun owners said they had them for hunting, target practice, or sporting purposes.

Now when gun owners are surveyed, they say they own a gun for self-defense against crime and to defend their family.

So we’ve moved into a situation where you have weapons to use against other people. And the weapons that are sold certainly reflect that: today, most are pistols, revolvers or those military-style rifles that have nothing to do with sports uses.