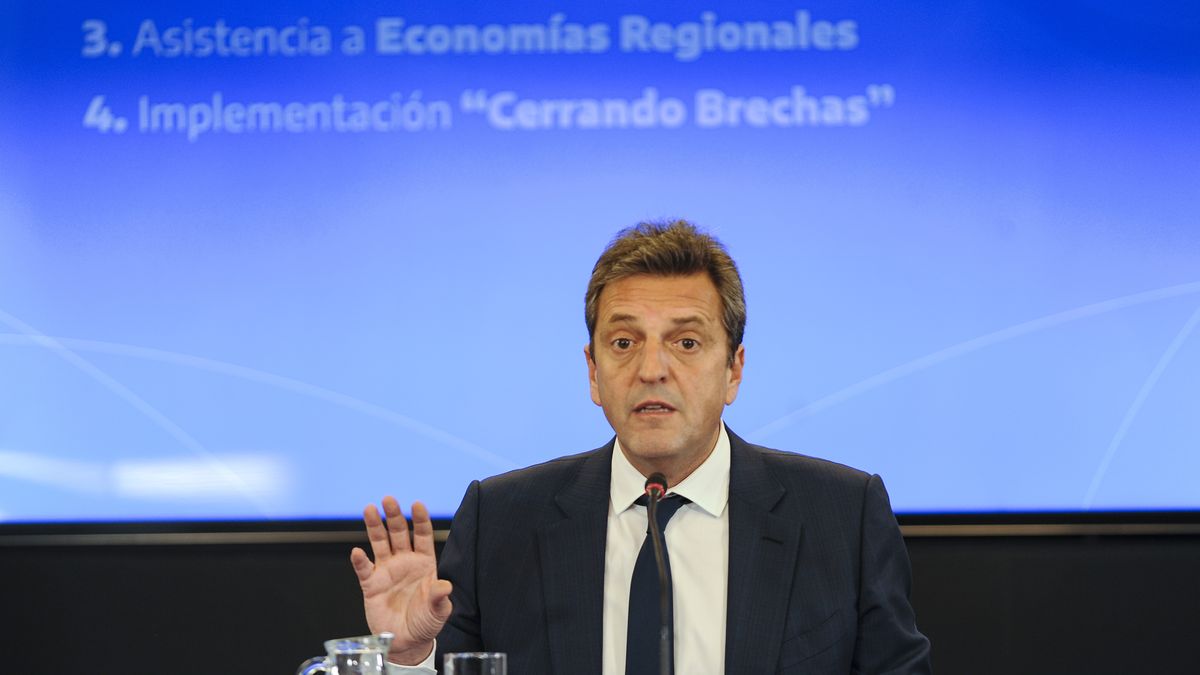 Massa: “The patriotic objective is to build an economy without inflation”

Massa: “The objectiveThe Minister of Economy, Sergio Massa, remarked yesterday that the” patriotic objective is to build an economy without inflation “, he announced that they are working on instruments that ensure access to credit for companies and individuals, and that he will convene the Link in the coming days to follow “region by region” the impact of the drought.

“What I want to make clear is the concept that the improvement in income is with a reduction in inflation, with improving the credit capacity of the worker and with parities that beat inflation,” Massa said in an interview with Infobae.

Fuels: governs the 4% increase in the stations of the Shell brand

Massa and Kicillof analyzed the co-participation cut to Buenos Aires

He also assured that “the patriotic objective is to build an economy without inflation, a problem of the Argentine economy in the last 40 years.”

On the other hand, in another interview published yesterday in El Cohete a la Luna, he pointed out that “in order to break this culture of dollarization that we Argentines have —which is deeply rooted in us— we must generate investment instruments associated with the goods that we produce as Argentines, gas, corn, copper, with savings and investment instruments, which can be a guarantee for the saver who distrusts the financial system”.

He remarked that “recovering income has three legs: lowering inflation, recovering parities against inflation in the distributive discussion, but the third thing, and perhaps the most important and our responsibility this year, is associated with people’s access to credit ”.

See also  The price of the dollar in Egypt.. An international report shocked dollar traders on the black market

“We have millions of Argentines in category 3, 4 and 5”, referring to the debtor’s classification made by banks and which in these cases correspond to medium risk users, with high risk of insolvency and in the last case they qualify as unrecoverable .

He insisted that “we have millions of Argentines who, when they look at their card balance and their credit capacity at the bank, find that they are on the ceiling. We must work on instruments that improve people’s access to credit”.

For this reason, they are working with the Central Bank to “see how we find usefulness for what up to now is a less than virtuous liability for Argentina, which is the Leliq.”

“The financial system linked to electronic instruments, to the sectors of the social economy (cooperatives, mutuals) that somehow, especially in the interior of the country, generate a strong impact on the credit market. It seems to me that you have to work on it and that you have to put a lot of head there in February ”, he added.

Regarding the drought and the situation of the agro-industrial sector, he indicated that in the coming days he will convene the Liaison Table to propose a 90-day follow-up “sector by sector and economy by economy, looking at the satellite maps of rainfall, looking at the satellite maps of the INTA of soil moisture, and comparing drop in profitability 2022 against 2023”.

See also  Seen the most voracious of black holes, it devours one Earth per second - Space & Astronomy

“The first thing to look at is the damage to Argentine producers,” the minister remarked to point out that in the case of wheat the harvest of 14.7 million tons exceeded forecasts of between 9 and 11 million.

“It is less than what could have been a good harvest, but it is not the catastrophe that was feared,” he said in dialogue with El Cohete a la Luna.

Regarding soybeans, “we estimate that the impact of the rain from last weekend until the 21st will give us enough soil moisture to have a good harvest throughout the year,” he commented.

On the other hand, and consulted by Infobae about the statements of former president Mauricio Macri for whom the current government is leaving “bombs” that will explode in the next administration, Massa replied that “the only bomb that the Argentine economy has is the one that represented the agreement of Macri with the IMF, a bomb that must be administered and that in some way limited the growth capacity of the Argentine economy”.

“The previous government used the agreement with the Fund to finance capital flight and not to build hospitals, bridges, to develop construction, for technological development. In other words, they financed the outflow of money to accounts in the United States or in other countries. And the truth is that this is very bad for our economy, ”he recalled.

Likewise, he pointed out that what is important regarding the “debts that pass from one government to another” is that “we have the ability to be serious, because it is people’s savings that form part of the public debt, whether in Treasury bonds or Leliqs, which are neither more nor less than what you put in the bank for a fixed term transformed into a savings instrument for the Central Bank”.

“We did not put our heads in a well, but we faced the problem of the debt with the Fund and we had the ability to channel it and find a solution for the Argentine economy, because the State is one, it does not matter who governs at that moment , it is Argentina and it seems to me that you have to have a vision of a statesman in that and not a small vision of seeing how a government is blocked from accessing the capital market just because it wants to win an election”, he asserted.

or patriotic is to build an economy without inflation”: “The patriotic objective”