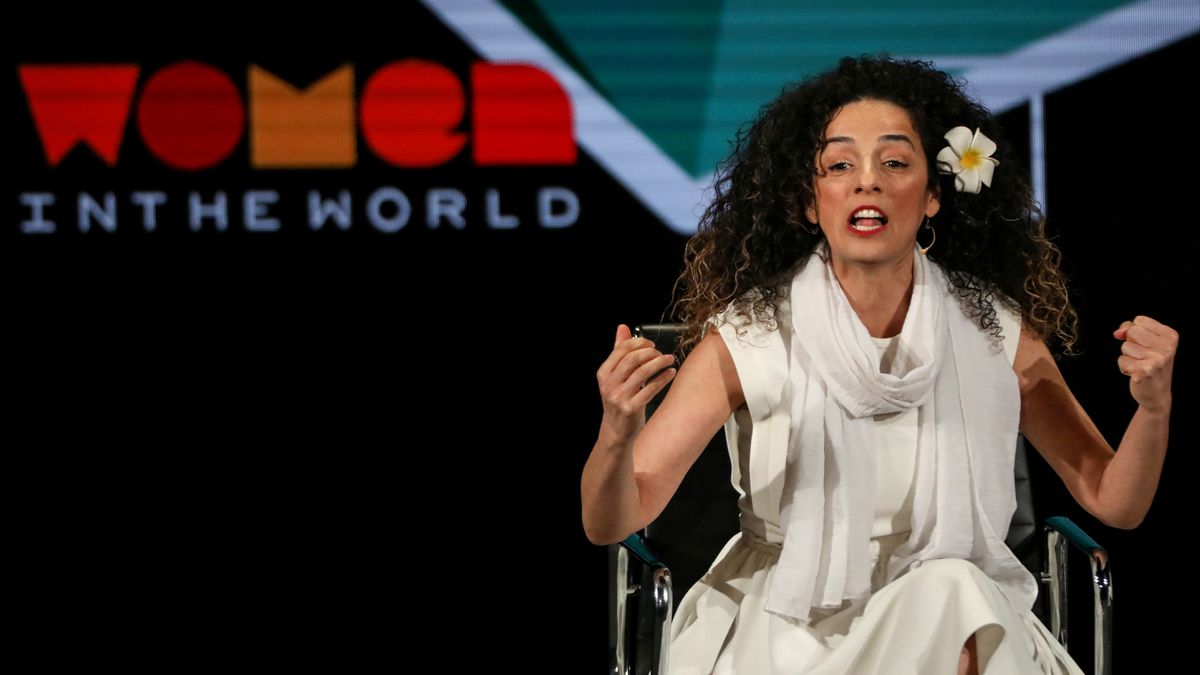 With the ultimate goal of gagging her, due to her activism and the mobilization of public opinion to achieve social and judicial changes in Iran, an Iranian spy commando has been accused by a federal court in New York of conspiracy to commit a kidnapping, rape of sanctions, bank fraud and money laundering. The four Iranian intelligence agents, residing in Tehran, are fugitives from US justice. His target for several years has been Iranian-American journalist Masih Alinejad.

According to the indictment, which was made public this Tuesday, the defendants are Alireza Shavaroghi Farahani, 50 years old; Mahmoud Khazein, 42; Kiya Sadeghi, 35; and Omid Noori, 45. There is a fifth person involved, Niloufar Bahadorifar, also known as Nellie Bahadorifar, originally from Iran and currently residing in California. This 46-year-old woman is not accused of having participated in the conspiracy to commit kidnapping but of having given financial assistance to the command for a total of $ 445,000.

From his Twitter account, Alinejad, 44, a prominent figure on social networks, thanked “the FBI for having thwarted the plan of the Ministry of Intelligence of the Islamic Republic of Iran to kidnap me. This plot was orchestrated under Rouhani ”. Furthermore, the activist adds that “this is the regime that kidnapped and executed Ruhollah Zam. The regime that has kidnapped and imprisoned Jamshid Sharmahd and many others ”.

The plot has bizarre overtones if it were not for the seriousness of the events and the danger in which this reporter has lived since 2018. Then, Iran tried to convince the host of the Voice of America satellite program Persian (funded by the United States) ), to travel to a third country with the ultimate goal of capturing her and handing her over to the Iranian security forces. In that same year, Iranian intelligence tried to convince Alinejad’s relatives to go on a trip, again to a third destination, with the same criminal intent. The journalist’s relatives did not accept the offer.

I am grateful to FBI for foiling the Islamic Republic of Iran’s Intelligence Ministry’s plot to kidnap me. This plot was orchestrated under Rouhani.

This is the regime that kidnapped & executed Ruhollah Zam. They’ve also kidnapped and jailed Jamshid Sharmahd and many others pic.twitter.com/HUefdEbiil

In a technological device that belonged to Farahani, photos of Victim-1 (as the Department of Justice’s indictment refers to her) have been found along with two other individuals who fell for the lure of traveling to another country and were captured by Iranian espionage. One of those individuals was later executed and the other is in prison. Under the photos of the reprisals and that of Alinejad there is an inscription in Farsi that says: “Little by little the group is getting bigger … Are you coming, or should we go for you?”, Referring to the reporter.

In both 2020 and 2021, the command led by Farahani used the services of private investigators to photograph and record the journalist and her relatives at her home in Brooklyn (New York). Iranian agents always demanded from those who hired that the quality of the images was of the highest quality. As part of the plot to silence the human rights activist, the US infiltrated spy network investigated the best method to transport Victim-1 out of the US to hand her over to the Iranian Ministry of Intelligence and Security (MOIS). English; VEVAK, in Farsi).

A command agent surveyed a company that offered outboard boat rental services like those used by the Army to carry out “an evacuation” (read in the complaint) by sea from New York to Venezuela, where the Government of Nicolás Maduro, according to the Justice Department, it maintains good relations with Tehran.

“Every person in America must be free from harassment, threats and physical harm from foreign powers,” said Acting Deputy Attorney General Mark J. Lesko of the Department of Justice’s Division of Homeland Security. “Through this indictment, we uncovered a pernicious plot to harm an American citizen who was exercising his or her First Amendment rights (freedom of the press and speech, among others), and we pledge to bring the accused before the Justice”.

“As alleged in this indictment,” the complaint continues, “the government of Iran ordered several Iranian citizens to conspire to kidnap a journalist and US citizen based in the United States, and to carry out surveillance on US soil, all with the intention of taking our citizen to Iran, where she would suffer reprisals for her having exercised the right to her freedom of expression, ”writes Deputy Director Alan E. Kohler, of the FBI’s Counterintelligence Division, in the indictment. “We will use all the tools at our disposal to relentlessly investigate the actions of the operatives who conspired to kidnap a US citizen just because the government of Iran does not approve of the victim’s criticism of the regime.”