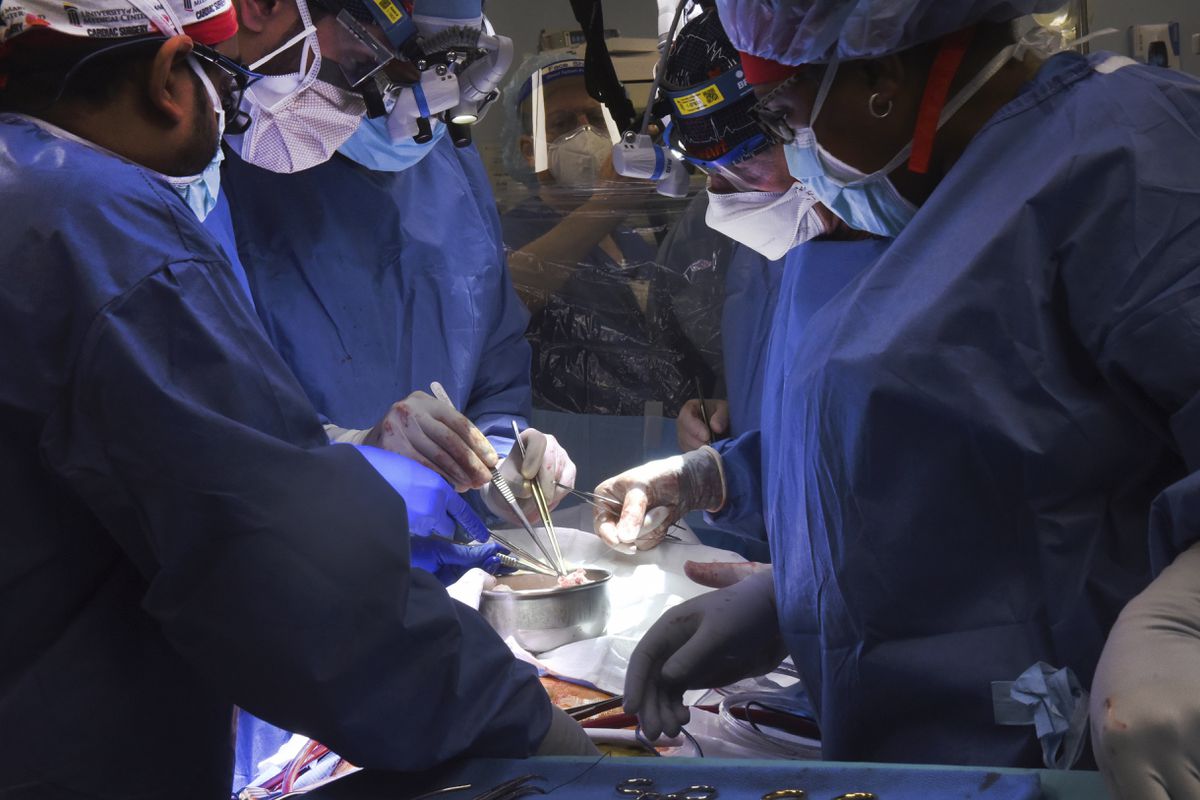 Maryland: Successfully Transplanted a Pig’s Heart into a Man for the First Time | Science

It is a milestone for medicine. US surgeons transplanted the heart of a genetically modified pig into a human patient with terminal heart disease last Friday. David Bennett, 57, had run out of options for a regular transplant due to his conditions, and the University of Maryland Medical Center in Baltimore decided to perform the extraordinary procedure for “compassionate reasons.” Three days after the operation, the recipient is in good condition and under medical surveillance. The intervention opens new hope for all patients suffering from the dramatic shortage of human organs available for transplantation.

Bennett knew there was no guarantee that the experimental surgery would work, his son told the Associated Press. “It was either dying or doing this transplant. I wanted to live. I knew there were few possibilities but it was my last option, “Bennett said a day before the surgery, according to the statement released by the University of Maryland.

Although it is too early to know if the procedure will prolong the life of the patient, it is undoubtedly a huge advance in the long quest to one day be able to transplant organs of animal origin and save human lives. Faculty at the University of Maryland Medical Center noted that the operation demonstrated that the heart of a genetically modified animal can function in the human body without immediate rejection.

The operation, which lasted eight hours, was carried out successfully last Friday. According to the institution, the transplant of a pig heart “was the only option available to the patient,” since several hospitals had ruled out the possibility of a conventional transplant.

“If it works, then there will be an inexhaustible supply of these organs for suffering patients,” said Dr. Muhammad Mohiuddin, scientific director of the university’s xenotransplantation (animal to human) program. The problem in this type of operation is that the body of the patients quickly rejects the animal organs. One of the best known cases was recorded in 1984, when the baby known as Fae, a dying girl, survived 21 days with the heart of a baboon.

The United States Food and Drug Administration (FDA) authorized the operation of Bennett on New Year’s Eve, who had been bedridden for months and was informed of the risks of the intervention, when treated of an experimental technique.

“It has been a revolutionary operation and brings us one step closer to solving the organ shortage crisis. There are not enough human donor hearts available to meet the long list of potential recipients, “said Bartley Griffith, doctor in charge of this surgical procedure.

Griffith highlighted the importance of the operation, but also expressed his reservations: “We are proceeding with caution, but we are also optimistic that this type of intervention, the first in the world, offers an important new option for patients in the future”.

Bennett’s genetically modified pig heart was provided by Revivicor, a regenerative medicine company based in Blacksburg, Virginia. On the morning of the operation, the transplant team removed the pig’s heart and placed it in a special device to preserve its function until surgery, Reuters reports.

Pigs have long been a potential source of transplants, as their organs are very similar to humans and their size is close to that of an adult human. Other pig organs being investigated for use in humans include kidneys, liver and lungs.

Previous attempts at pig-to-human transplantation have failed due to genetic differences that led to organ rejection or viruses that pose a risk of infection. Scientists have tackled that problem by editing potentially harmful genes. In Bennett’s implanted heart, three genes previously linked to organ rejection were “knocked out” from the donor pig, and six human genes linked to immune acceptance were inserted into the animal’s genome. The researchers also deleted a gene from pig to prevent overgrowth of the animal’s heart tissue. In addition to the genetic changes in the pig’s heart, Bennett received an experimental anti-rejection drug made by Lexington, Massachusetts-based Kiniksa Pharmaceuticals.

About 110,000 Americans are currently waiting for an organ transplant, and more than 6,000 patients die each year before receiving one, according to official data cited by the university.

Last October, a New York hospital managed to temporarily transplant the kidney of a genetically modified pig into a human body. The kidney functioned properly for 54 hours, the researchers explained. In the operation, led by surgeon Robert Montgomery, the pig kidney was implanted in the woman’s left thigh, so that the organ could be seen and easily monitored. Urine began to flow as soon as human blood flowed through the pig organ.

But the transplant now done in Baltimore has taken that experiment to the next level, according to Dr. Montgomery, who spearheaded the previous experiment at New York University Langone Medical Center. “This is a truly remarkable advance,” the surgeon, who has lived with a donor heart for three years, said in a statement quoted by AP. “As a recipient of a heart transplant and suffering from a genetic heart condition, I am excited by this news and by the hope it gives to my family and other patients, for whom this advance could eventually save their lives.” , valued.

Subscribe here to the newsletter of EL PAÍS América and receive all the informative keys of the present time of the region.