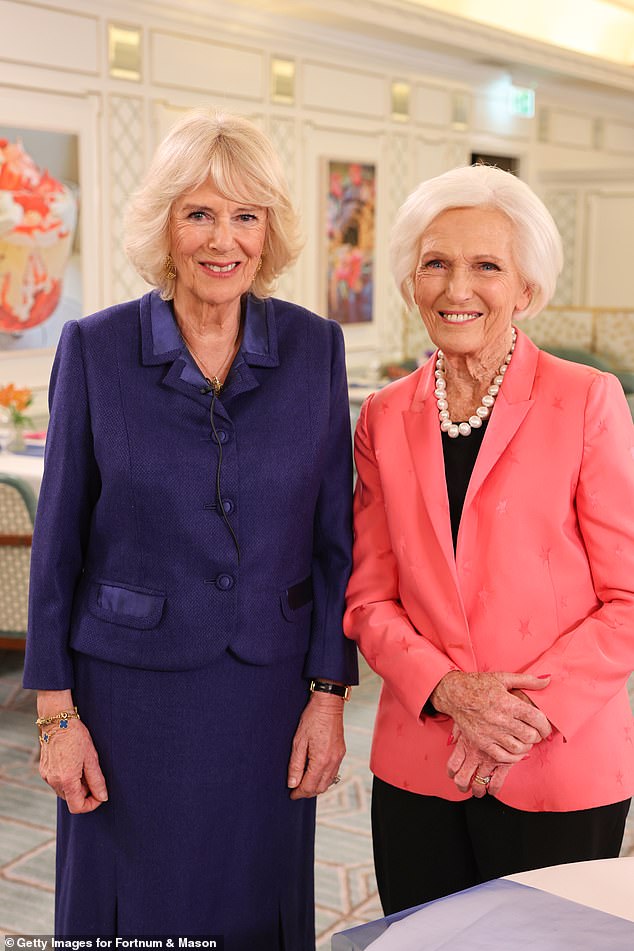 The Duchess of Cornwall has joined Dame Mary Berry to announce the winning recipe of a competition to design a Platinum Pudding dedicated to the Queen, in celebration of her Jubilee this Summer.

Launched with London grocer Fortnum & Mason and The Big Jubilee Lunch, the nationwide baking competition was aimed at finding a dessert to dedicate to the monarch’s reign.

Camilla, 74, and Dame Mary, 87, were filmed announcing the winning recipe for a BBC One programme, The Jubilee Pudding: 70 Years in the Baking, which will air on May 12 at 8pm.

The hour-long episode documents Fortnum & Mason’s competition to find ‘an original and celebratory cake, tart or pudding fit for the Queen’.

As per the competition rules, the pudding has to be delicious, as well as being ‘makeable in a home kitchen, telling a story, and having the potential to stand the test of time and become Queen Elizabeth II’s Platinum Pudding’.

The Duchess of Cornwall, 74, (pictured, left) joined Dame Mary Berry, 87, (pictured, right) to film a segment announcing the winner of the Platinum pudding contest. The result will be announced on May 12th 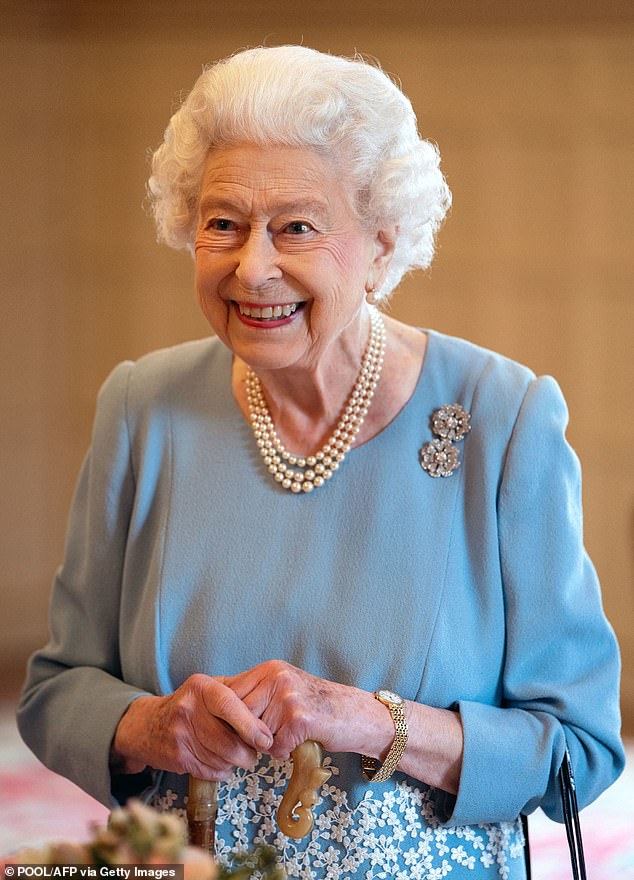 Her Majesty, 96, (pictured at a reception in Sandringham House in February to celebrate the start of her Platinum Jubilee) celebrates seven decades on the throne this year

More than 5,000 people from across the UK submitted entries. Following a blind judging based solely on the recipe by Fortnum & Mason’s executive chef, Roger Pizey, and chef director, Sydney Aldridge and team, this was whittled down to a short list of 50.

These five entries will be revealed on the BBC programme, prepared by the bakers, then presented to a judging panel comprising Dame Mary and a host of other award-winning home bakers, professional chefs, authors, historians and patissiers.

Camilla will be introduced to the programme as a special guest by Dame Mary, and the pair will announce the competition winner.

While nothing is known yet about the top pudding, while speaking about the competition earlier this year, food writer and judge Jane Dunn gave a hint as to what the panel will be looking for in a winning bake. 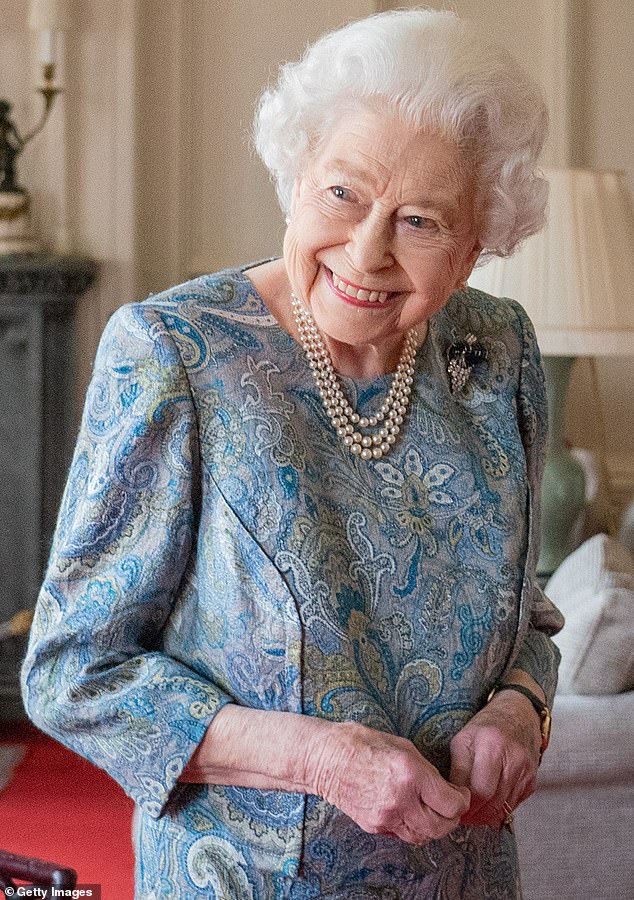 The Queen, pictured at Windsor Castle earlier this week, is believed to enjoy ‘simple and unfussy’ foods, which may be reflected in the winning pudding recipe

Appearing on This Morning ahead of the competition’s February deadline, she said: ‘We’re looking for something as big as the Victoria sponge or coronation chicken but a new and exciting flavour,’ said Jane.

‘We’re looking for something for everyone to make at home, something everyone will love and for the whole nation to enjoy.’

Also appearing on the programme, Prince Philip biographer Gyles Brandreth added that the Queen likes ‘simple’ and ‘unfussy’ foods, but is not a fussy eater.

After the winner is announced, the recipe will be made available for communities to share at an estimated 200,000 Big Jubilee Lunch street parties taking place over the four-day celebratory weekend in June.

It will be shared online via the BBC’s Good Food website, Fortnum & Mason’s and the Big Jubilee Lunch.

The Jubilee Pudding: 70 Years in the Baking airs on BBC One at 8pm on May 12.