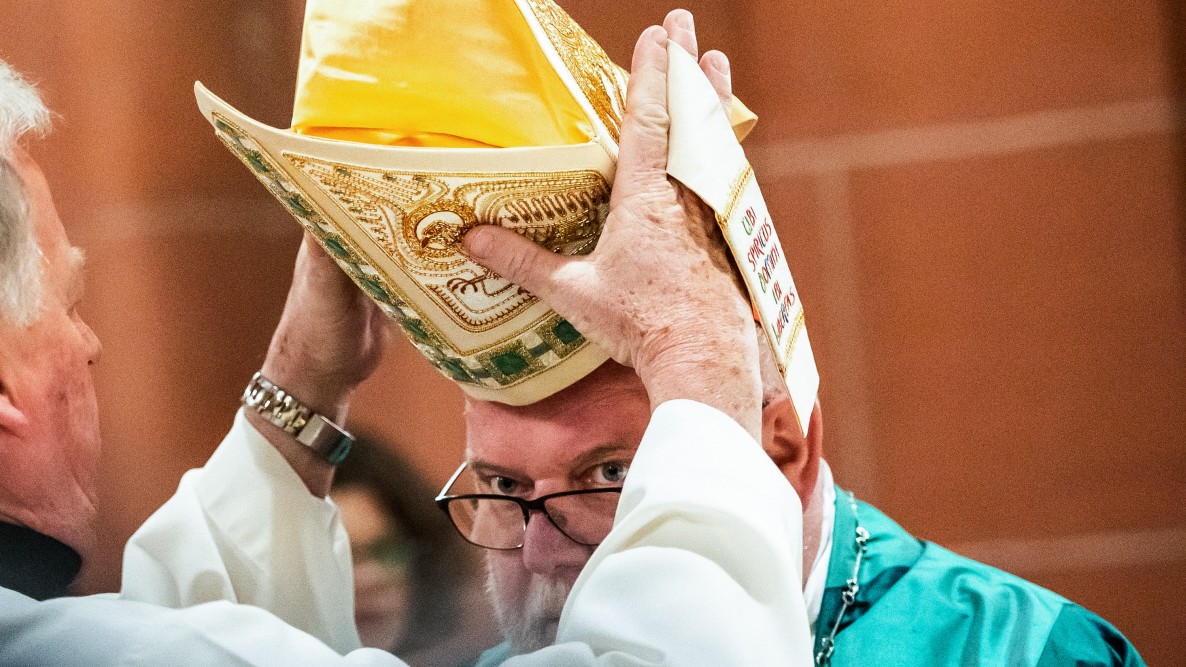 “Whoever wants to save his life will lose it; but whoever loses his life for my sake will find it.” Cardinal Reinhard Marx quoted this word of Jesus from the Gospel of Matthew on Friday. A few hours earlier it became known that he had offered Pope Francis his resignation as Archbishop of Munich and Freising.

In the end, what is a bishop’s staff worth, what is a representative archbishop’s residence, a princely livelihood, prestige and power and an official car? What is the real job of a bishop? What if their reputation “has sunk in ecclesiastical and secular perception, and has possibly even reached a low point”, as Marx writes in his letter to Francis? What if they are no longer seen primarily as shepherds preaching the word of Jesus in the world? But only as men clinging convulsively to power, entrenched behind the walls of their churches and heads?

The fact that a cardinal takes Jesus Christ so literally – that is now causing a sensation in Germany and the world. And it actually says a lot about the Catholic Church and its bishops. For his large, more than justified Mea culpa, Marx reaps cheers from some. He confesses personal guilt before it is possibly proven by an expert. This step alone does not make Marx a saint. His decision still requires respect. With his donation of 500,000 euros, the largest part of his private fortune, to a foundation for victims of sexual abuse, Marx has already demonstrated inner freedom.

Marx’s step points beyond Germany’s borders, just as the problems he named point far beyond Germany. The abuse scandal is not a German phenomenon, the uncontrolled power, the priestly image, the credibility crisis. But many still do not want to admit the deadlock identified by Marx. Not in Germany, not in Poland, not in the USA, not in the Vatican. People are still looking the other way. The reputation of the institution is still put above those affected. Marx clearly stated all of this.

The Osnabrück bishop Franz-Josef Bode says that now no stone can be left unturned in the church. But what does that mean? First, other bishops should follow Marx’s example. Second, it is much more important that the system changes. The chairman of the Bishops’ Conference, Georg Bätzing, demands more clearly than ever that fundamental systemic reforms are needed, not just cosmetic repairs. The key lies in the organization of power: “Control is needed at every level of the exercise of power in the Catholic Church,” says Bätzing. The priestly power should also be “contained and controlled”.

See also  Are the changes starting? Kemba, with a foot and a half out of Boston

Incidentally, Marx has not resigned from his post in the Vatican; he seems anything but resigned. He wants to fight for his church. He says he is convinced that society needs the Christian gospel. He emphasized several times that his decision had matured over the Easter period. The word of Jesus from the Gospel of Matthew can also be read for the entire church: If the church is not ready to give up power, to humiliate itself completely, like its founder on the cross, then there will be no Easter, no resurrection for it .