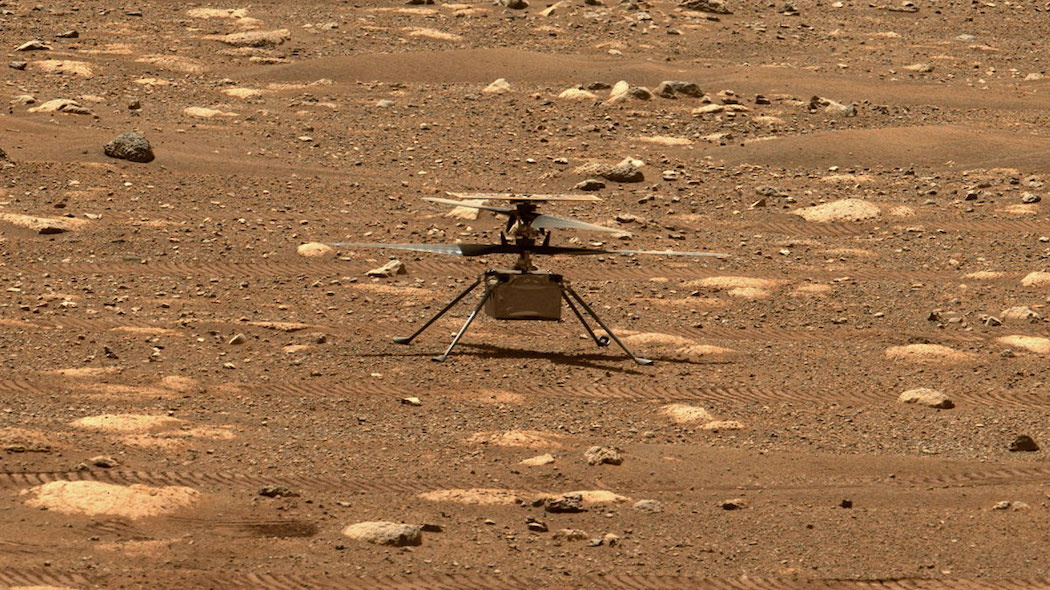 During his ninth flight about ten meters from the surface of Mars, the small drone helicopter of NASA Ingenuity took a series of photo high resolution that show new terrain details invisible in the images collected by the orbiters. Details that the experts will use for plan scientific missions and to trace safer routes for the rover Perseverance.

In another first, aerial images taken by #MarsHelicopter helped scout an area of interest for the @NASAPersevere science team and revealed obstacles the rover may need to drive around as it explores Jezero Crater. https://t.co/R0EqMTVRq0 pic.twitter.com/4FSAGAYNjw

Until now, NASA had been able to observe the surface of the red planet or from the images from above captured by orbiter or from those transmitted directly by rover. The photos of the orbiters, however, manage to capture details (rocks or other) with at least one meter in diameter. Objects smaller so far they could only be recognized through the cameras of rover come Perseverance.

Now the technicians have one at their disposal middle ground: the “eyes” of Ingenuity “bridge the resolution gap well “, commented Ken Williford of the Jet Propulsion Laboratory (Jpl) of NASA. The helicopter, in fact, rises from the Martian ground by about ten meters and can provide a high-resolution overview of the terrain, away from any obstacles or accidents along the way.

This, experts say, is great for future exploration to identify places worth exploring and where collect samples and to plan i safer routes for rovers – rides with fewer obstacles and pitfalls that could jeopardize the objectives.

The new images of Ingenuity, taken on July 5 and arrived on Earth only on the 8, show in particular details of the so-called Raised Ridges. It is about rock formations inside the Jezero crater (which must have been a huge lake millions of years ago) which scientists consider of great interest because they could be ancient underground water channels.

And where there has been water, there is a greater chance of finding traces of life, if there has ever been. From here will be collected samples that NASA plans to recover and bring to Earth in one future recovery mission.

Watch out for the sand

Ingenuity also scoured from above one of the paths that Perseverance was supposed to follow inside the Jezero crater. The rover should have passed the field of dunes of Séitah, but from the images of Ingenuity it looks like it sandy layer can be too deep for Perseverance (which despite its six wheels weighs more than a ton): the rover could sink and be unable to get out.

Perseverance comes with a automatic driving over long distances (AutoNav) which is capable of recognizing some obstacles and avoiding rocks, but is not very good at detecting sand dunes, which puts the rover at risk.

“The helicopter is an extremely valuable resource for rover route planning because it provides high resolution images of the terrain we want to cross”, confirmed Olivier Toupet, one of the ground pilots of Perseverance: “We can evaluate better the size of the dunes and where the bedrock emerges. This is great information for us – it helps identify which areas can be crossed from the rover and whether certain high-value scientific objectives are achievable “.