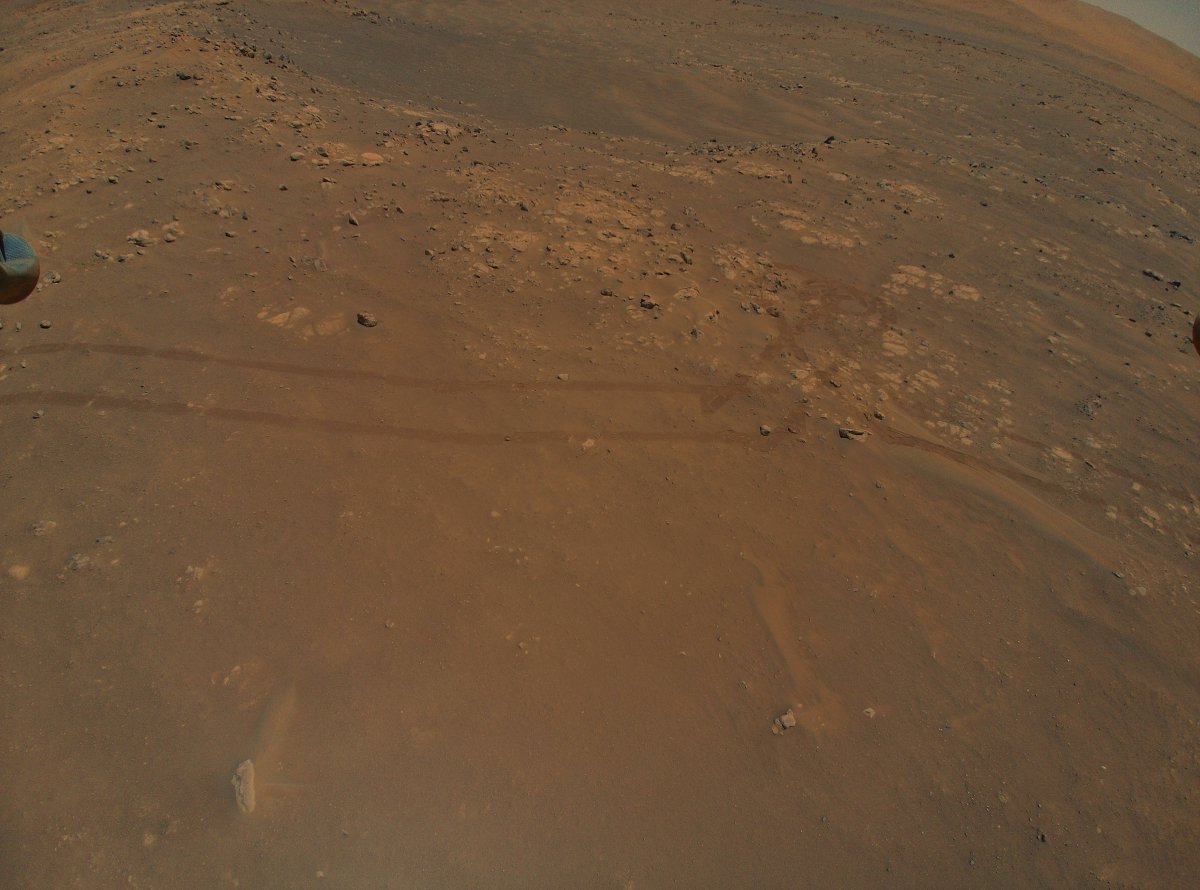 During the ninth flight of the Mars helicopter Ingenuity on July 5, NASA tested its abilities to explore a path for the Mars rover Perseverance, to identify possible obstacles and to identify scientifically worthwhile destinations along the way. On July 8th, the photos of the flight with details of the flown over dune field with the nickname “Séíta” arrived on earth and have now been published by NASA.

During the “aerial reconnaissance”, Ingenuity flew over the dune field “Séíta” in the Jezero crater and made a detour south around the dunes, according to NASA. It would have been too dangerous for the Mars rover Perseverance alone to explore the dune field at close range. The risk that the six-wheeled rover could get stuck in the dust and no longer be free would then be too great. Because Perseverance has a weight strength of around 350 kilograms on Mars, the knee to waist high sand dunes represent a risk that is difficult to calculate for the rover.

Olivier Toupet of NASA’s Jet Propulsion Laboratory (JPL), who leads the team of experts controlling Perseverance and planning the rover’s routes, sums it up: “Sand is a big problem.” After landing on Mars in February, he advised against crossing the dune field with the rover without further investigation. “If we go downhill into a dune, we could get stuck in it and not come out,” he said.

The experimental AutoNav function from Perseverance, which uses its AI algorithms to automatically recognize obstacles such as stones and the rover can cover longer distances autonomously, fails because of the sand. This makes it necessary for potentially problematic zones to be defined manually in order to avoid getting stuck.

The high-resolution color images captured by Ingenuity are now intended to help determine an optimal route that Perseverance can safely manage. Ingenuity took the photos from a height of about 10 meters above the ground. The photos offer significantly more detail than the photos that the HiRISE (High Resolution Imaging Science Experiment) camera on board the Mars Reconnaissance Orbiter can take. At best, it dissolves rocks one meter in diameter, too little to be able to draw conclusions about the safety of a route from them alone.

This is why NASA specialists usually rely on the images that are taken from close by with the rover’s on-board cameras. To be able to see details. The ground photos are then compared with those of the orbiter. With the Ingenuity images, there are now “medium-scale” photos, as Ken Williford, JPL’s deputy project scientist noted. With the photos from Ingenuity, the “gap in the resolution” can be closed.

The photos provided by Ingenuity not only provide information about which areas the Perseverance rover can safely cross, but also which of them is particularly interesting from a scientific point of view, so that samples can be taken there if necessary.

There was a lake in the Jezero crater billions of years ago, NASA said. The rock formations called “Raised Ridges”, through which water could have flowed, are particularly interesting. The scientists therefore want to go to this place with the rover in order to collect minerals there, in the hope that there will be evidence of ancient microbial life. The samples will then possibly be temporarily stored on Mars in order to later bring them to Earth for another mission for a more detailed analysis.

The photos from Ingenuity can now help better than the orbital photos to find places that are scientifically worthwhile and at the same time can also be safely reached with the rover for investigation.