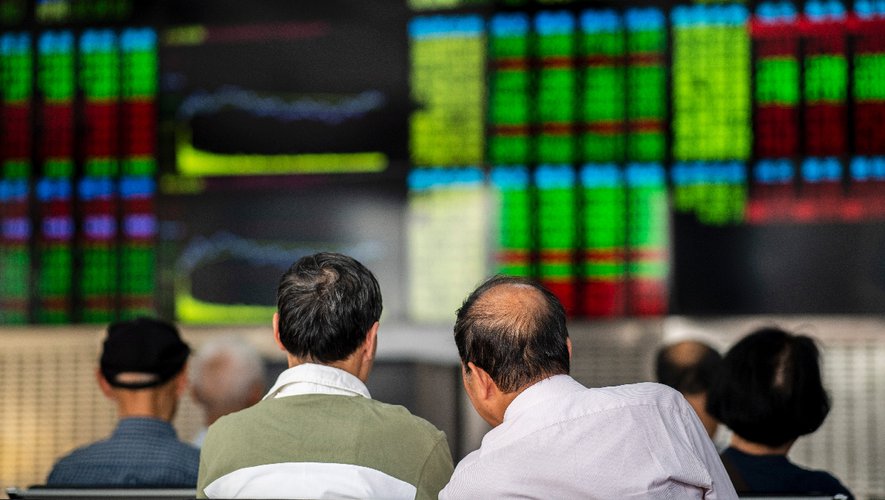 Market: With the rise in rates, a next sovereign debt crisis to come?

(BFM Bourse) – To support the economies weighed down by the “subprime” and Covid-19 crises, the States have massively resorted to debt. But central banks are starting to raise their key rates in order to curb inflationary pressures. The most fragile countries on the planet are on the front line of higher borrowing costs, with the potential risk of default in sight.

A necessary weapon to fight crises, debt has reached worrying levels around the world as interest rates rise, prompting Davos to wonder about the risks of future “debt crises”.

Public debt is close to 120% of GDP in advanced countries, assessed Wednesday the number two of the International Monetary Fund (IMF) Gita Gopinath during a round table on the subject. And it has “significantly increased” among emerging and developing countries.

More than half of low-income countries are already in “distress” or at high risk of becoming so, she warned. “We could certainly see an intensification of these situations of distress”, continued the former chief economist of the institution, however ruling out for the moment a scenario of “debt crisis” on a global scale, a month and half after Sri Lanka’s default.

A widening of public debts with “subprime” and the Covid-19

Public debts have particularly widened with the last two major global crises: financial from 2007-2008 with “subprime”, then health with the Covid-19 which forced governments to take out the checkbook everywhere in the world from 2020. Now concern dominates as to how to manage them.

“It’s a bigger economic problem for the future than almost anything we’ve talked about,” US billionaire David Rubenstein, founder of the Carlyle investment fund, told Davos during a roundtable discussing the risks. recession, soaring food prices and extremely strained supply chains.

Especially since there is not only the debt of the States: according to the Institute of International Finance (IIF) based in Washington, the public and private debt, companies and households, peaked in the first quarter at the record level of 305 trillion dollars.

“Debt now has a cost”

Above all, after years of rock bottom interest rates, central banks have initiated rate hikes to counter inflation. This increases the borrowing costs of States, which continue to spend a lot to support their economies, as well as companies.

“Debt now has a cost,” said Monday in Davos the governor of the Banque de France, François Villeroy de Galhau, while until very recently borrowing cost almost nothing. “It’s a radical change,” continued the governor. For France alone, he calculated that each increase of one percentage point in the ten-year borrowing rate represents an additional bill of 40 billion euros over this period.

After the euro zone debt crisis at the turn of the 2010s, the continent is being watched closely by the IMF which fears that a potential acceleration in inflation could lead to sharp interest rate hikes, Gita said. Gopinath. Traditionally very weakened by interest rate hikes, especially from the United States, emerging countries seem less threatened this time, with many experts pointing to less foreign currency debt in these States than in the past and more reserves change.

For the most fragile countries, on the other hand, the risks of default are much greater, said Wednesday the director of the Development Bank of Southern Africa, Patrick Khulekani, in Davos. “We are very worried that this will happen,” he said, also highlighting the extent of household and business debt, and the food prices which “are wreaking havoc”.

See also  Delta variant in Russia: for the second day in a row, recorded a daily record of deaths from coronavirus

In an attempt to help the most fragile countries, the international community has been trying for months to mobilize “special drawing rights”, a sort of currency created by the IMF, in order to lighten part of their burden, while offering suspension of their debt payments.