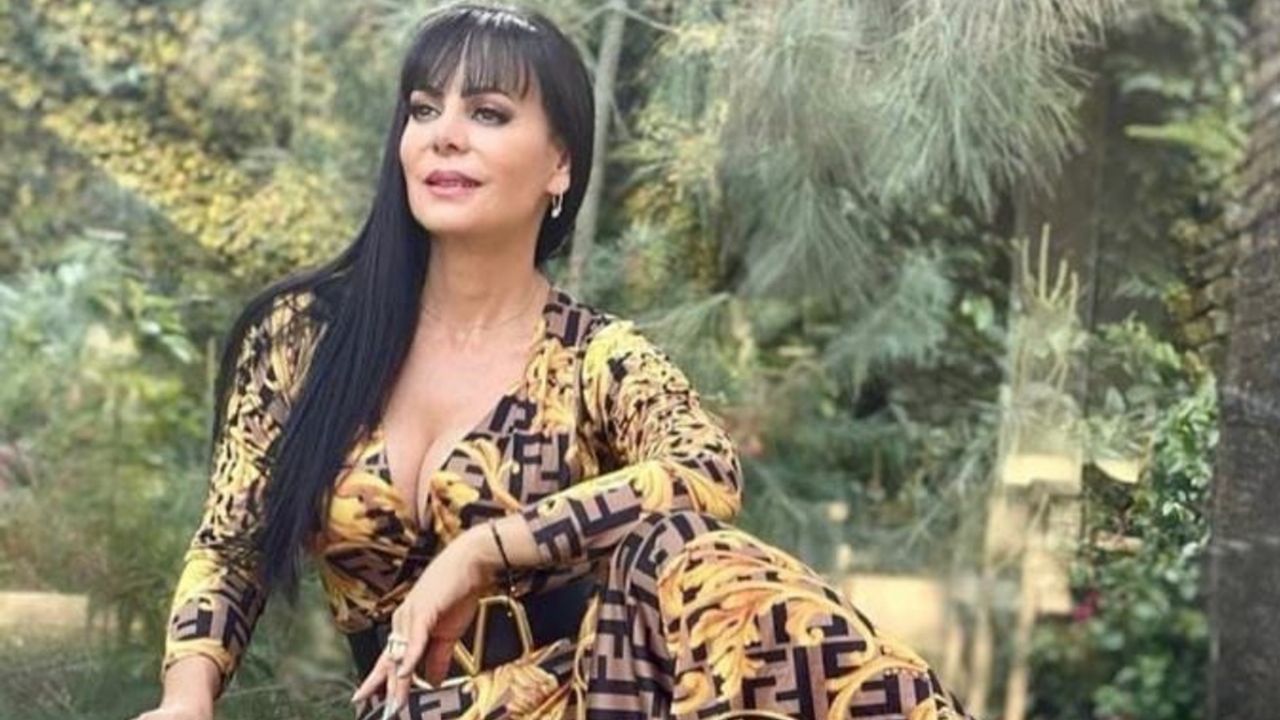 the beautiful Maribel Guardia she was crowned again as the queen of Instagram by showing off a iconic look in support of the LGBT+ community in which, in addition to the flag with the colors of the rainbow, he modeled a fitted bodysuit with a deep neckline with which he confirmed that at 63 years old he still has one of the best and most envied figures of all the famous ones, who also always wears unique outfits.

This morning Maribel Guardia shared one photo in which he modeled the look with which he starred in one of his last shows in the neighborhood of Boyle Heights, in Los Angeles, California. For the occasion, the singer wore a nude bodysuit and with transparencies with which everyone’s attention was stolen, since the garment subtly reveals the hourglass-shaped silhouette of the native of Costa Rica.

With this iconic garment, Joan Sebastian’s ex was also crowned one of the celebrities with the best style, since it has animal print details to mark a pronounced neckline below the navel and the beginning of long legs, which were sheathed in fishnet stockings and with small stones that gave the touch of shine that the look deserved. Also, stand out some nude ankle boots with opening in the fingers, perfect to make your legs look longer.

As we advance, to show your support for the LGBT+ communityMaribel Guardia also added a touch of color to the look, because in the long sleeves of the body, she added the colors of the rainbow as a kind of long frill that made her shine on stage, because with a swaying hip and shoulders, this detail gained prominence.

To complete her look and finish looking beautiful, Julián Figueroa’s mother also added a few accessories with which she always splurge style In her presentations, and for this occasion, she wore a multi-level necklace with which she also gave an extra touch of color to the outfit, as well as a headband in the same colors.

Maribel Guardia also demonstrated with this look that XXL hair is the best option for mature women, but to get away from her classic hairstyle with marked waves, this weekend she looked like never before with a mane sole and with a perfect straight to show off that waist-length hair is always in trend.

On the other hand, to finish her look, she wore simple makeup, with her eyes as the protagonists, while she wore a light pink on her lips. It should be noted that both for her beauty and for this iconic bodysuit look, The actress not only conquered the stage and swept the hearts of her fans, but also her team of six security guards, as revealed in her latest post on Instagram.

“Sheltered to go out to the #show with these #policemen and my @ alexmata21 suit for the #boyleheights #loveislove #lgbt #pride,” wrote Maribel Guardia in her photo with the security guards.

Maribel Guardia: the PHOTO of how she looks natural and without a drop of makeup

From the gym, Maribel Guardia raises the temperature with her perfect silhouette

“If I don’t star, I don’t work”: Gustavo Adolfo Infante exposes Victoria Ruffo in an interview