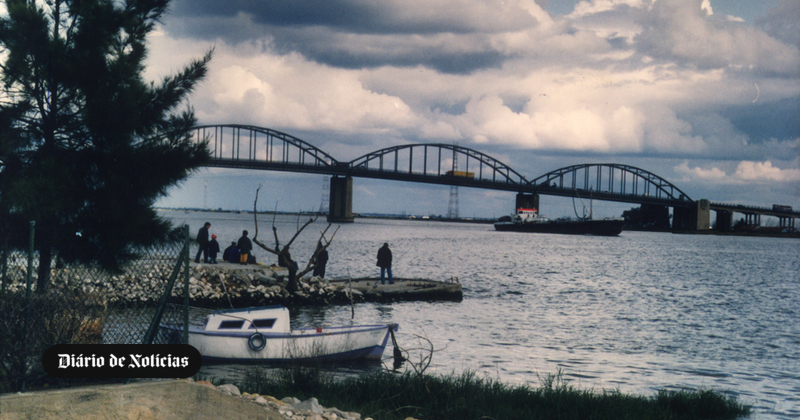 The Marechal Carmona Bridge, the first crossing of the Tagus in the Lisbon region, turns 70 years old – it was inaugurated on September 30, 1951. The date was to be marked yesterday with a symbolic crossing on the river, and a procession and a parade with the participation of campinos. But they were canceled due to the reinforcement of covid-19’s control measures.

70 years after the inauguration of the bridge, Infraestruturas de Portugal, in partnership with the Vila Franquense municipality, is working on a “process of public lighting recovery, conservation and general maintenance of the construction, as well as the rehabilitation of decorative lighting in the bridge’s arches ” for a “new perspective”, promises the mayor of Vila Franca de Xira.

According to Fernando Paulo Ferreira, nowadays the bridge “is the only connection from north to south over the Tagus River, in the Lisbon region, which is completely free”. A total of 15 thousand vehicles pass through this infrastructure daily, with “a quarter of them being commercial vehicles”.

Marshal Carmona, popularly known as the “Vila Franca de Xira Bridge”, was initially thought of in the 1920s, but only became a reality on December 30, 1951, when it was inaugurated by the former President of the Republic, General Francisco Craveiro Lopes, and by the then President of the Council of Ministers, António de Oliveira Salazar. The project, at the time, was the “largest and most expensive contract awarded by the Portuguese State” and one of the most important structures built in Portugal in the 50s of the 20th century, costing around 130 thousand contos (approximately 648,437.21 euros).

“An old aspiration come true”, read the front page of the Diário de Notícias of December 31, 1951, the day after the date it was inaugurated. “The bridge of Vila Franca was solemnly inaugurated yesterday in front of the enormous joy of the populations of Ribatejo and Alentejo”, was the main title of the DN edition.

The history of this infrastructure officially began in 1924, when the first request for the construction of a bridge over the Tagus arrived at the Ministry of Public Works. Until then, the passage between the banks of the river was made at Cais do Cabo in motor boats – formerly called “gasolines” – or through the Dom Luís I Bridge in Santarém, 80 kilometers from the capital. About 24 years later, in April 1948, the construction was awarded to the Sociedade de Empreitadas e Trabalhos Hidráulicos Lda. and the company Dorman, Long & Co. Ltd., which began the work with a duration of one thousand days. Completed more than two years later, the bridge was named after Marshal Óscar Carmona, the recently deceased President of the Republic.

At the time, the establishment of this project was transformative, assuming from the outset a key importance in local and national development, as it was the first road link between the two banks, linking the north and south of the country. Until 1966, the 1224 meter long bridge with a central deck measuring 524 meters was the main crossing point of the Tagus. However, after the opening of the 25 de Abril Bridge (initially named Ponte Salazar) more than half of Marshal Carmona’s traffic fell.

See also  Russia is the first country to recognize a new Taliban government. with praise

It can be considered that this work was almost entirely built by the Portuguese, despite the fact that two English and two Danish engineers participated in the project, acting as inspectors of the awarded company. But the work was supervised by Portuguese engineer José Catarino, from the Junta Autónoma das Estradas (JAE), and by engineer Carlos Craveiro Lopes Couvreur, director of JAE’s bridge service.

As part of the commemorations of the 70th anniversary of the Marechal Carmona Bridge, the exhibition “The re(affirmation) of an identity element” has been on display since yesterday at the Vila Franca de Xira Municipal Museum, and until 30 October 2022. Marked by a strong multimedia and virtual component, this exhibition is “the result of a persistent joint investigation” by Infraestruturas de Portugal (IP) and the Municipal Museum on the history of the bridge, which “allows the visitor to have a broader knowledge of the construction of the bridge. infrastructure”.

At Diário de Notícias, dozens of journalists work every day to provide news, interviews, reports and analyzes that ensure accurate information to readers. And it has been that way for over 150 years, as we are the oldest national newspaper. To continue to do this “service to the reader”, as our founder wrote in 1864, we need your support.