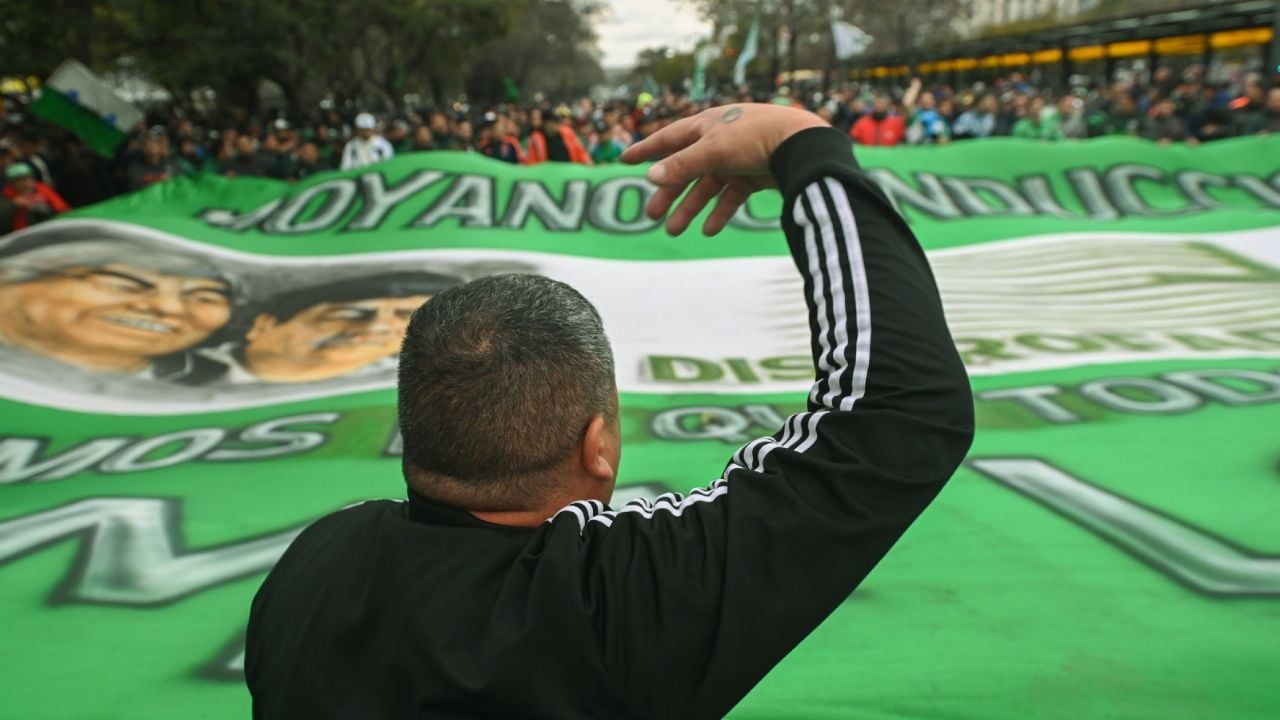 March and counter-march: day of chaos and complaints in downtown Buenos Aires

This Wednesday the march organized by the CGT, the CTAother union spaces and social movements in rejecting “the price makers and speculation.

The protesters will around 12 o’clock in the vicinity of the Obelisk, at the intersections of Lima with Mexico and with Carlos Calvo. And at various points on Avenida 9 de Julio, especially on the corners of Avenida San Juan, Meilanand lane Belgranothen move to the National Congress.

An operation was mounted with agents to order the circulation and direct diversions in the areas surrounding the locations of concentration y processionsas reported by the Buenos Aires Transit Secretary.

Minute by minute of the march

17:00. The lack of concentration started after Belliboni asked himself in his speech: “Why did they come back? Giving retirees a pension they spend on a dinner party?

4:30 p.m. In dialogue with MDZ, Gabriel Solano He was very harsh with the union leaders.

16:00. Avenida de Mayo was filled with street vendors. Many buy beer at $400 each, and others stop at the stalls of the manteros selling T-shirts with typical Peronist prints for $2,000. “I sell Cristina’s t-shirts, with the Peronist shield on the back and with the legend ‘the happiest days were, are and will be Peronists’,” says one of the shopkeepers. MDZ. “Furthermore, I am part of an organization of workers in the public space who fight for the regularization of our work, street sales, which is criminalized today,” he complains and continues: “There are many of us who are looking for an answer for a neoliberal system that does not allow the unemployed and those with no means of existence”.

See also  A first in 12 years: Turkish warship in Israel!

15:00. The leaders Paul Moyano, Hector Daer y Carlos Acuna is mobilized to the Congress in support of the Government but with claims on which the president Alberto Fernandez can have influence. Before the start of the official march, the Left insisted that the CWB call a national strike. Other sectors of the left and trade unionism are already marching to Plaza de Mayo: they are the ones giving speeches opposed to the government.

While the 9 de Julio is still full of protesters, the Plaza de Mayo, the central place for the action of social organizations opposed to the government, is not yet filled.

“A mobilization of the CMB and the trade union centers was called for, but without a critical vision of the situation to which the Government is taking us, nor of the crisis that exists, with the recently applied tariffs, a specific act of the Union and Combative Plenary of Workers in Struggle in Plaza de Mayo,” he explained MDZ a left-wing militant.

A worker affected by the march explained that “the marches today have become a job. People should earn their salaries honestly without giving a damn about others. It makes me sad to see these people here: there are guys who did not see their parents work. nor their grandparents. There is a survey that says that 60% of young people wanted to be a government employee. That is, they do not want to risk being fired, but rather have a secure salary, regardless of whether they go to work or not.”

13:00. Andrés Rodríguez, secretary general of the Union of Civilian Personnel of the Nation (UPCN) – an organization that mobilized buses from several provinces with its members to participate in the demonstration – emphasized that this march is to “the indiscriminate increase in prices and against speculation.” Unlike other leaders, he stated that “the march is not against anyone in particular, but rather a wake-up call about what is happening in the country, in the specific level of the labor world we are concerned about inflation rates.”

See also  A high school diploma and career at the same time? No problem for Faye Montana (17)! - BZ Berlin

12:30. Pablo Moyano did his own action on Avenida Belgrano and 9 de Julio, shooting the president in the speech he gave to members of mobilized Truckers. “We are going to expose this gang of criminals, who are the businessmen who mark up prices. There is AEA and Mercado Libre”, he sentenced and added: “Alberto, president, put what you have to put to end the speculators. We cannot continue with these levels of inflation. Alberto, take out that bonus and it’s a fixed amount, and keep the parities free. Also with family allowances”.

In the same vein, Mario Manrique -one of the union members who visited Christina last week – declared that “the country is on the brink of an abyss”.

11:00. Facundo Moyano, speaking at Futurock, reiterated that “today’s mobilization is against price makers.” But he distanced himself from his brother by admitting that “the Government is responsible for what happens, we cannot lie to ourselves. There are price makers, but there is also a State with tools to control them.”

10:30. By morning, members of La Bancaria – who had ordered the cessation of activities and attention from 11 am at the CABA and GBA branches so that affiliates could participate in the mobilization called by the CMB – began to gather around the Obelisk, whence they marched to Congress last afternoon. Sergio Palazzo -leader of the group and deputy of the Front of All- pointed out that the mobilization is against “price makers and speculation”.

At the same time the thunderous bombs of the protestors of light and strength, who arrived with drums and were noticed among the first protesters.

8:30. In the early hours of the morning, a conversation between Truckers and the City Police exposed the tense climate of the protest. A hundred members of the Truckers’ Union hung a flag on the 25 de Mayo highway and it was removed from the road by police after City Transit staff asked the protesters to remove it. Later, the representatives of Truckers hung the flag that they took down themselves when the place moved.