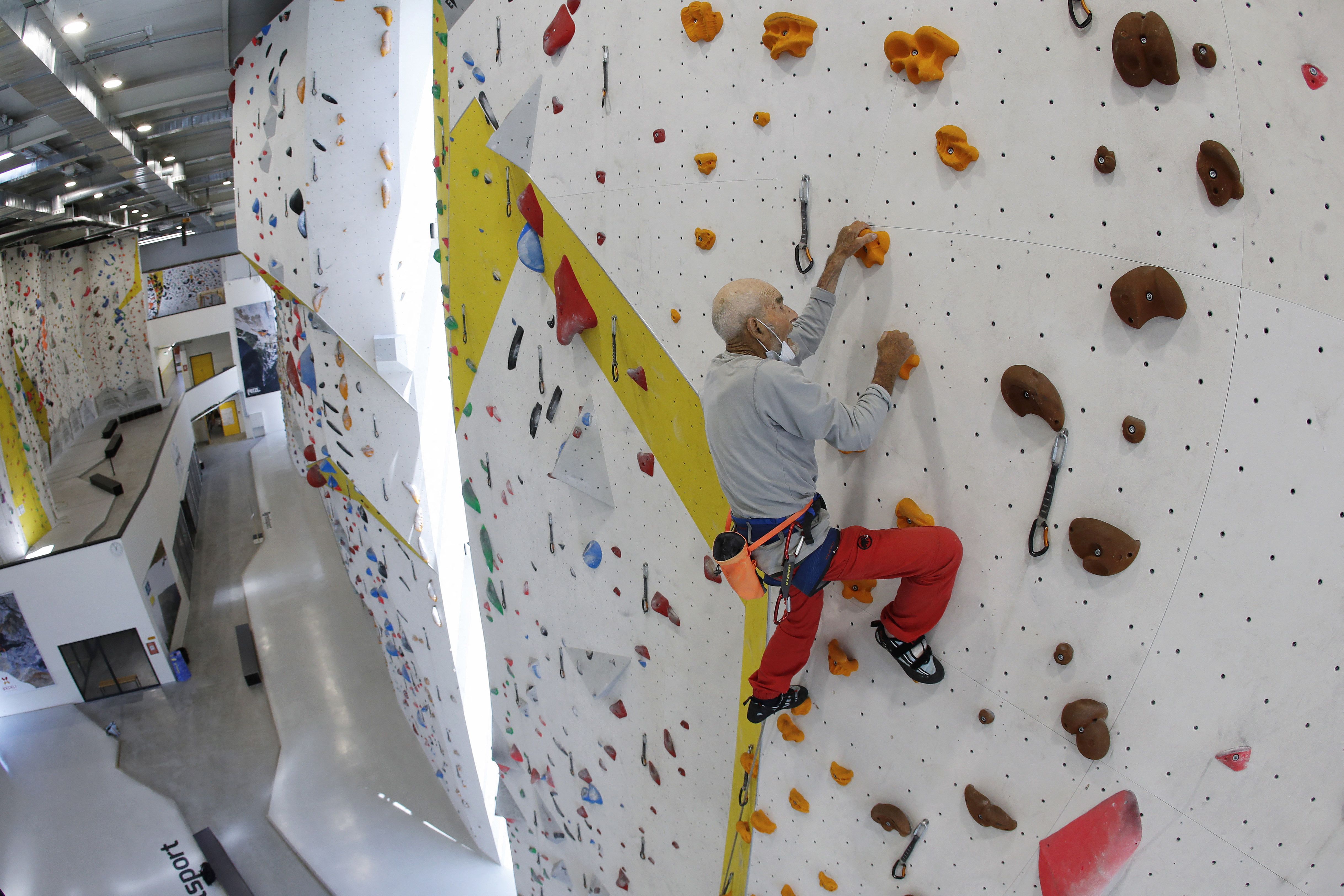 On the wall of the climbing wall, the movements are safe and precise. They do not reveal anything about the age of the person performing them. At 98 years old, the Swiss Marcel Rémy succeeds in climbing again every week, to the admiration of the climbing world.

The meeting has become a ritual: on Monday mornings, Marcel arrives at the wheel of his old Toyota and finds one of his sons, Claude, at the climbing hall in Villeneuve, one of the largest in Switzerland, above a shopping center. There, he slowly puts on his climbing shoes and harness and, having spotted the first ascent he has to undertake, sets off without hesitation to assault the large indoor climbing wall.

To keep onself in good form

“It gives me a lot of pleasure because you have to work, think, surpass yourself, that’s what suits me”, he explained last Monday between his two morning climbs. “I come for my health, that’s the first thing, I continue for the muscles because I have noticed very often that if we stop for two weeks – three weeks, it is much more difficult to leave, it is better to come. frequently. “

Climbing has always had an essential part in Marcel Rémy’s life. Lulled as a child by the stories of the mountain, he never stops going to discover it and the Alps will become his playground. A worker on the Swiss railways, he spends all his free time in the mountains where he will quickly take him along. his two sons.

“He was a really tough dad, with him it was walk or die, whatever the conditions,” recalls his eldest, 68 years old. But despite his harshness, he will know how to pass on his passion: Claude and his brother Yves, 65, have become stars in the climbing world.

In the room of Villeneuve, it is now Claude who advises his father, before his second ascent of the day. “He is a strong character (…), he is very resistant to effort”, comments Claude, admiringly. “When they see him, people cannot imagine his age at all (…) and there is no doubt that he arouses a very great admiration in all age groups, even among the very young”.

The “Mirror of Argentina” at 94 years old

If he now climbs more indoors, Marcel Rémy was recently out in the mountains. In 2017, at the age of 94, he thus conquered a Mecca of Swiss climbing that he knew well: the “Mirror of Argentina” and its 500 meters of limestone wall. And at the moment, he can’t see himself stopping. “If I have the happiness of still living and being well, why not continue? “