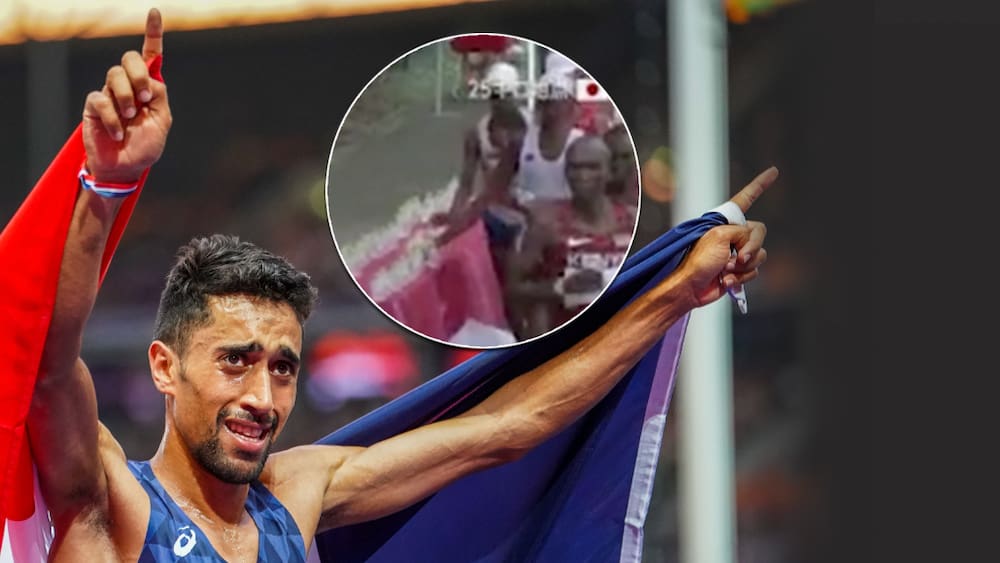 The excitement surrounding Morhad Amdouni is huge. The French marathon runner stands as the big villain of the Olympic Games. Because he threw a whole row of water bottles on the floor at the refreshment station in the scorching heat, the thirsty competition behind him suffered, they came out empty-handed. Amdouni insists that there was no intention behind the action. Nevertheless, he is hostile in the social networks. It’s not the first time that the 33-year-old has made negative headlines.

In 2019, before the World Cup in Qatar, ARD uncovered a real thriller about the European champions over 10,000 meters. Due to several suspicions, the doping editorial team hunted down Amdouni, who lives with his wife and a small child in the anonymity of the Parisian agglomeration.

The TV reporters speak of striking results. Amdouni rarely competes, but then always shows strong performances. An indication of fraud, so the ARD. He also trains almost exclusively in remote locations where doping investigators find it very difficult to get to.

“I want my money – you bought EPO”

He trains on site in the desert for weeks. When an interview request comes from ARD, he takes Reissaus. Just as all the world stars are already traveling to Doha, Amdouni leaves the country and cancels his World Cup participation at short notice.

The doping crime really begins when the German reporters come into possession of WhatsApp chats. A doping agent reportedly wrote to him: “If I don’t get my money tomorrow, you’ll be sorry and you’ll be the loser because I don’t like people taking advantage of me … just so you can knows: you bought a pack of EPO and you have a pack of growth hormone !!!! I’ll tell you again, I want my money tomorrow, 150 euros. ” The author of the news affidavit confirms the authenticity and that the contact was Morhad Amdouni.

The situation is becoming more critical. When the ARD hunters travel to Paris, there is a confrontation. You meet Amdouni in the stairwell at his house. He refuses to give a statement, just says excitedly: “It’s just unbelievable to talk about such things, there is nothing to be said about them.”

Shortly afterwards, an informant received threats from Amdouni’s surroundings. “You are in your own world – there are Russians, Romanians in France … who kill for 1000 euros and you, you play with it … One day all the athletes to whom you have done evil will stand against you …”, says in a WhatsApp message.

When the informant replied that he was not afraid of anyone, he received another message: “Ok then, please continue working with the anti-doping agency as before.”

All of this does not make Amdouni a convicted doping sinner. Even if the French police are investigating his case, nothing has been proven so far. And he vehemently denies any allegations to this day.

Amdouni kept running, improved several French records in 2020 and competed over 10,000 meters (10th place) and in the marathon (17th) in Tokyo. But as strong as his achievements are, his reputation is ruined. Especially after the bottle incident in Tokyo.