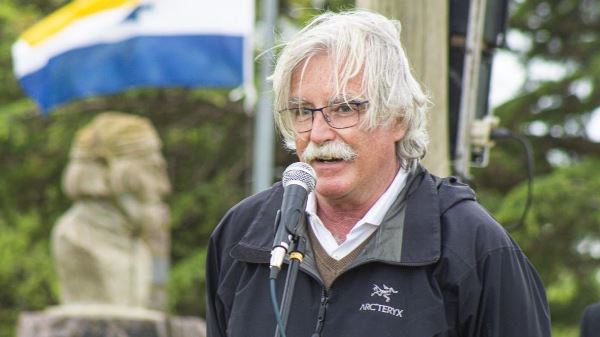 Esteban Bayer was a baby when his family lived in the Andean town, but his mother once told him that the doctors “didn’t know what he had” and the ancestral medicine cured him.

Esteban Bayer arrived in Esquel to participate in the projections of the documentary that recalls the passage of his father, the historian, writer and journalist Osvaldo Bayer, through the city. Although he was just a baby when it happened, he related a curious anecdote with a local healer.

He remembers that his mother said that Esquel saved his life. «He was quite ill; the doctors didn’t know what was wrong with him. He had a fever and was losing weight », he commented.

As detailed by EQS Notas, it was then that a neighbor of the house where they lived recommended to her mother that they go look for “the village healer”, whose name Esteban does not remember.

«The curandera touched me, saw me and said ‘this boy has a stomachache, who knows what. The only thing that’s going to save him is ostrich maw,’” she recounted. “Said and done, holy remedy and here I am,” laughed the journalist and literary translator, who assured that, since then, his mother “believed in ancestral medicine.”

It is the first time that Esteban Bayer has returned to Esquel and he considered that it is very special “to see the city, the mountains and the landscape, remember what Osvaldo wrote in his time, the reports he did”.