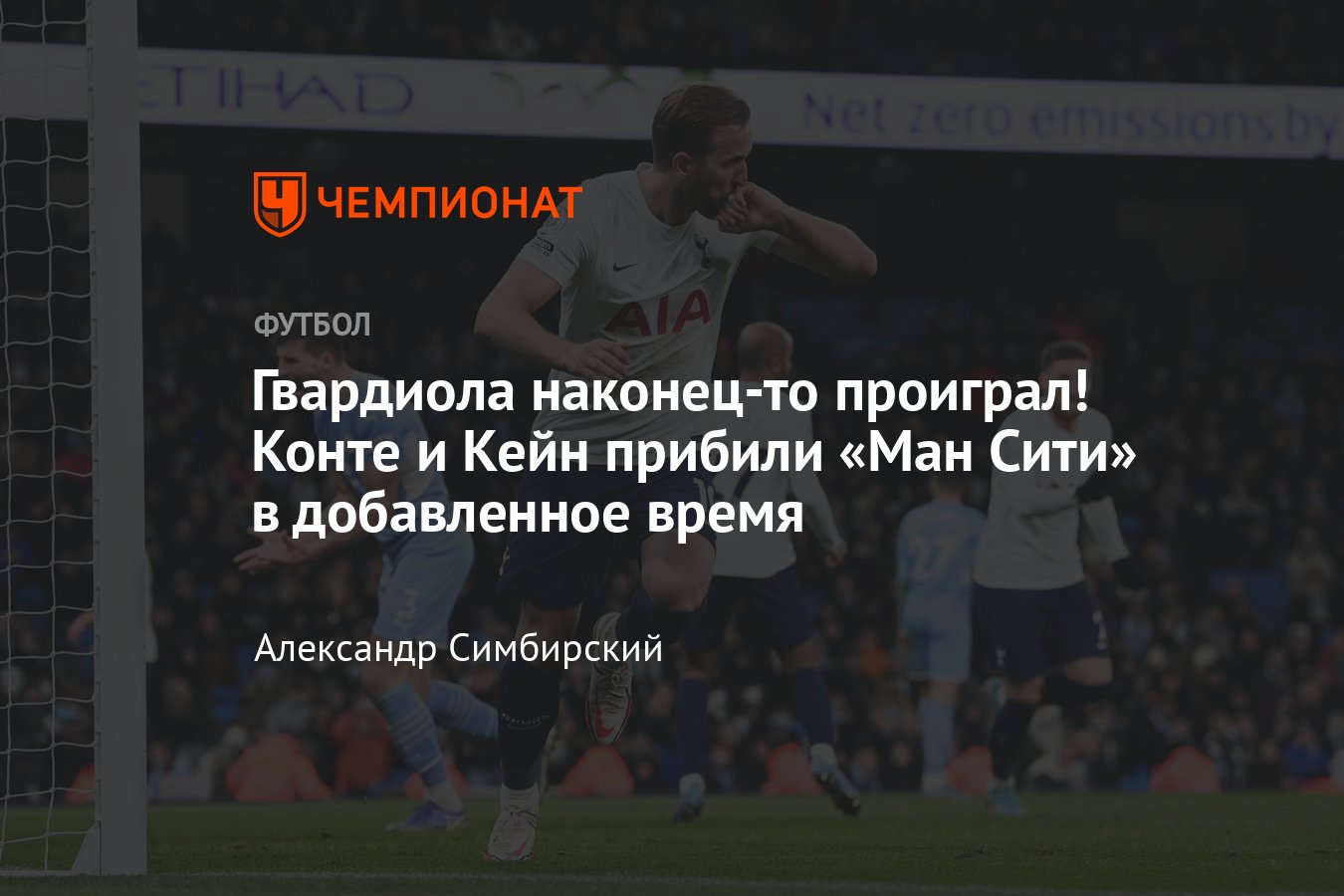 Pep Guardiola was very powerful in the Premier League – after the defeat from Crystal Palace (0:2) in the 10th round of Man City, he mercilessly thrashed all rivals. Only Southampton caught on for points at the end of January (1:1). Otherwise, the distance was amazing: 14 wins in 15 Premier League matches. In the meantime, Sporting also got under the distribution in the middle of the outgoing week in the Champions League (5: 0).

Tottenham have no such stability. The effect of the arrival of Antonio Conte, comparable to an injection of adrenaline, was replaced by an indistinct series of three defeats in a row. However, in big matches you can always expect something interesting from the new Tottenham manager.

Guardiola made two changes compared to the match against Sporting – Ilkay Gundogan and Kyle Walker started (Riyad Mahrez and John Stones remained on the bench). Of the significant losses, only Jack Grealish and Gabriel Jesus can be singled out, who heal injuries.

Conte after the defeat from Wolverhampton (0:2) has changed the squad quite well. Dejan Kuluszewski, Eric Dier, Emerson Royal and Pierre-Emile Hoybjerg came against Man City from the first minutes. Tottenham’s plan at 3-4-3 (with a 3-4-2-1 hybrid) was to move quickly through Kuluszewski and Son Heung Min. They attack perfectly in free space, which played against Man City.


After the best start in the history of the club – a decline and toxic statements. What’s wrong with Conte?

Tottenham got off to a great start in the first half, but then lost control of the game

Tottenham’s first goal is a perfect reflection of the best qualities of Harry Kane and Son (under comfortable conditions). In the first part of last season under José Mourinho, this connection tore apart the Premier League, so it would be foolish for Conte not to exploit this “chemistry” further. Moreover, the interaction patterns between Kane and Son are well suited to Conte football, where attacking players know their maneuvers on the field in advance. In this episode, Kane opened the defense of Man City with one pass, under which Son opened brilliantly. From Kulushevsky it was only required to run and complete the attack.

In December, Tottenham Hotspur under Conte had already delivered a solid first-half counter-attack against a top team. Then Liverpool did not hold back the opponent and allowed 1.37 xG before the break. But Man City quickly cooled off Tottenham with exhausting ball control and pressure through the problem area on Emerson’s flank.

The numbers confirm the advantage of Guardiola’s team in the first half of the meeting: 66.6% vs. 33.4% in possession, 11 vs. 2 in shots. Moreover, Joao Cancela fired four shots at once, which easily loaded the right flank of Tottenham’s defense. It was from there that Raheem Sterling began a productive attack – Hugo Lloris’ mistake was converted into a goal by Gundogan.

Man City’s freedom in the zone nominally controlled by Emerson, Romero, Bentancourt and Kuluszewski reached frightening proportions. Here again we note Cancela, who made 36 passes in the final third (the best result among the players of Man City in the first half). Also, Tottenham suffered from pressure in this area. Guardiola’s team scored the largest number of tackles (10) in the foreign half here. 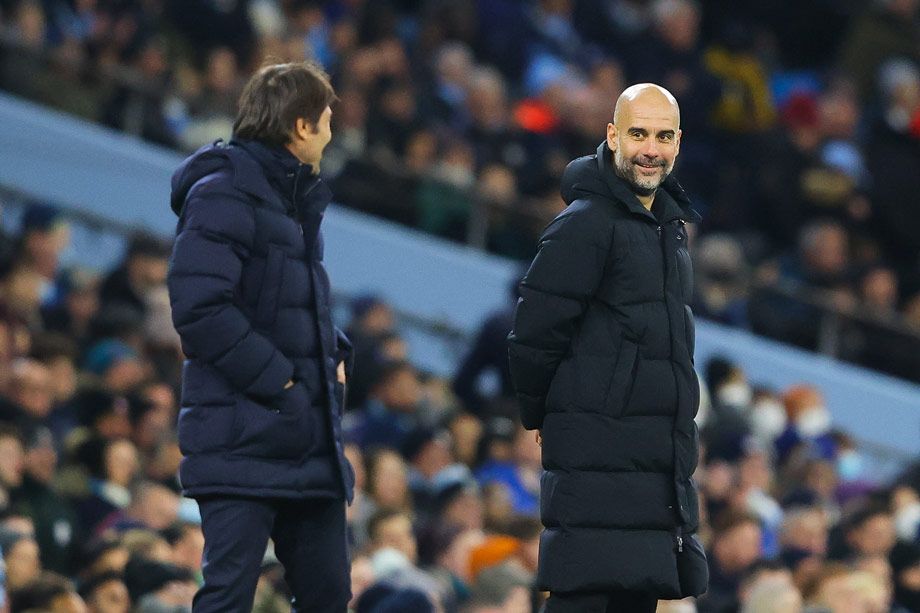 It seemed that after intercepting the initiative, Man City would press Conte’s team, but Tottenham released the counterattacking arsenal forgotten after the fourth minute in time. Kane played a key role here. His competent actions in the depths of the field allowed Tottenham to break the pressure of Man City in several key episodes. Pay attention to where Kane dispersed Tottenham’s second goal attack from:

Here is a separate respect for Ryan Sesenyon – he noticed a hole at Man City in the rebound zone, thanks to which Tottenham got a second pace. Well, Kane’s effective maneuver in the corridor between Dias and Laporte is just brilliant. Started it myself, finished it myself. 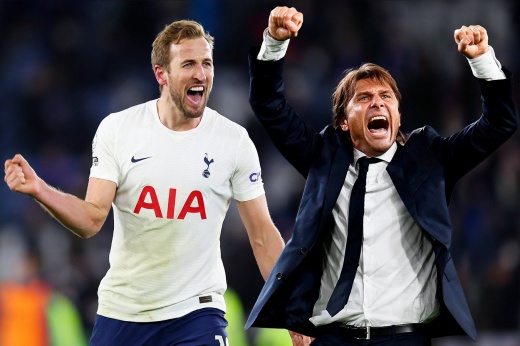 Conte is a powerful revolutionary. Introduced a severe diet and gave the best start in the history of the club

The main difference between Tottenham in the second half and Tottenham in the first is the widest possible attacks. The high defense of Man City in these situations worked poorly. On the contrary, there were situations when Tottenham had a numerical advantage in the opponent’s half of the field. For example, in the 65th minute, when Kane was again in the spotlight, Ederson managed his shot:

And after all, there was an episode with a canceled goal by Kane, when Kuluszewski opened under the long diagonal of Ben Davis from the opposite flank. Also, “Tottenham” added to the compactness of the defense (this was also noted by Guardiola after the match). 36 clearances from the penalty area is a very large amount of work. In fact, in the second half, Man City put the Tottenham defense in a difficult position only twice. First, Lloris came to the rescue after a shot from Gundogan, then the substitute Mahrez caught Romero on volleyball in the penalty area.

Man City outperformed the opponent in overall sharpness in creation: 2.57 vs. 1.00 xThreat (expected danger from passes) with 29 Deep Progressions (penetration within a radius of 20 meters from someone else’s goal) vs. 5 at Tottenham. But according to the expected goals, excluding Mahrez’s penalty, Conte’s team turned out to be better: 1.96 xG against 1.75. That is, in an open game, Tottenham attacked more sharply. This is due to the extremely vulnerable defense of Man City in this particular match, which did not even hold 2:2.

Tottenham’s winning goal underlined Guardiola’s team’s weak game in holding back other people’s attacks. The first failure is the free position of Kuluszewski, who had the time and space to organize a pass into the penalty area. The second failure is Walker in an aerial duel against Kane. Definitely a losing option.

To the crazy ending in the game with Leicester, Conte added another victory, obtained in stoppage time. And in a match with an absolutely top opponent. It is clear that Kane turned on in time, who had the best game of the season. But here it is worth noting the discipline of Son and Kuluszewski, who did not drop out of the process even after 30 minutes of Man City’s complete dominance. All the chances provided by the Tottenham wingers converted to sharpness at Ederson’s goal as much as possible.
​​
If Liverpool beat Leeds on the 23rd, Klopp’s lead over Man City would be reduced to three points. With Conte, watching the Premier League becomes even more interesting.