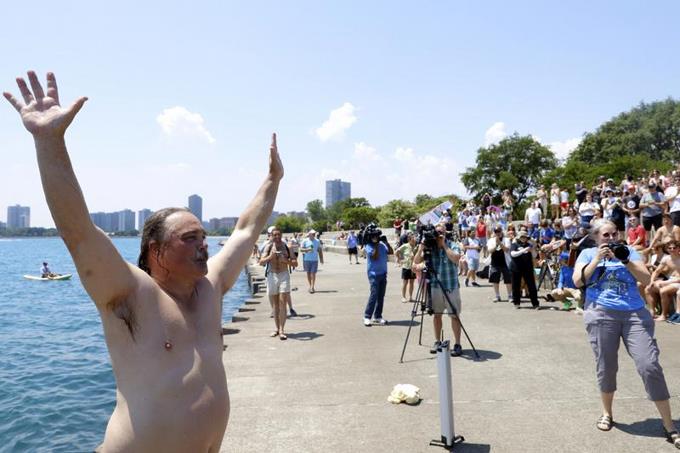 A Chicago bus driver, seeking a way to mitigate stress during the coronavirus pandemic, dove into Lake Michigan for the 365th day in a row on Saturday.

Dan O’Conor said that last year he started jumping into the lake from the Montrose Pier in the north of the city to reduce stress.

“It was during the pandemic, during the protests, during an election year … So it was a place where I could go and block out all that noise and be fully with me on the lake, and find a moment of recollection,” said O’Conor. , who has three children.

He continued to dive into the lake during the fall before the tricky thing came: Carving a hole in the frozen ice of the lake that was big enough for him to jump into the water during the winter. He said that after such a jump, he noticed that he had 20 scrapes and cuts on his body.

O’Conor said he was encouraged by the reaction his dives elicited.

“People started asking me for whose benefit this is being done and how could they help, and when I say people I mean strangers online, you know. When I started posting videos on Twitter and Instagram … I was more encouraged by the comments of people like ‘this makes my day, it’s nice to see it,’ “he said.

Saturday was special because it was the culmination of doing it for a whole year.

“I just wanted to celebrate the trip to dive for the 365th time,” O’Conor said.