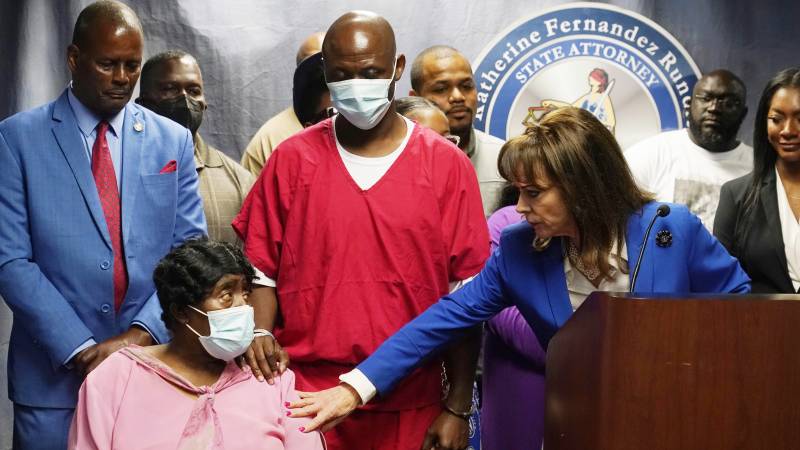 Man released in US after 31 years, eyewitness retracts statement

A man who was serving a life sentence for murder has been released after 31 years in the US state of Florida. The eyewitness to the murder, the victim’s stepdaughter, came back from her statement after decades, after which the judge overturned the conviction. The judge speaks of “coincidences” and a “confusion of persons”.

Thomas Raynard James, now 55, was found guilty of shooting Francis McKinnon in a robbery in 1991. He came into the picture thanks to anonymous tipsters, who said the perpetrator was called Thomas James or Tommy James.

The eyewitness, Dorothy Walton, was then presented with a photo of James. She thought she recognized him. “I am sure, I will never forget his face and his eyes,” she said at the time.

James was convicted largely on the basis of her statement. There was no further evidence. Fingerprints found at the crime scene did not belong to James.

‘Don’t take the mistake with you to the grave’

Walton, now 79, now says she “doesn’t want to take the mistake to her grave” and therefore cooperated in the process to get the man released. James and his mother have argued for his innocence for years.

The judge called James’ release “joyful” for him and his family, but also noted that the trial is frustrating for the victim’s family. “They believed they had been given justice for their loved one, but it was taken from them.”

The real perpetrator of the murder has never been found. A namesake of James, who was also suspected, was incarcerated at the time of the murder. Another possible perpetrator has since died.

James told reporters after his release, in front of his mother and family, that he now “wants to enjoy his life,” writes The New York Times.