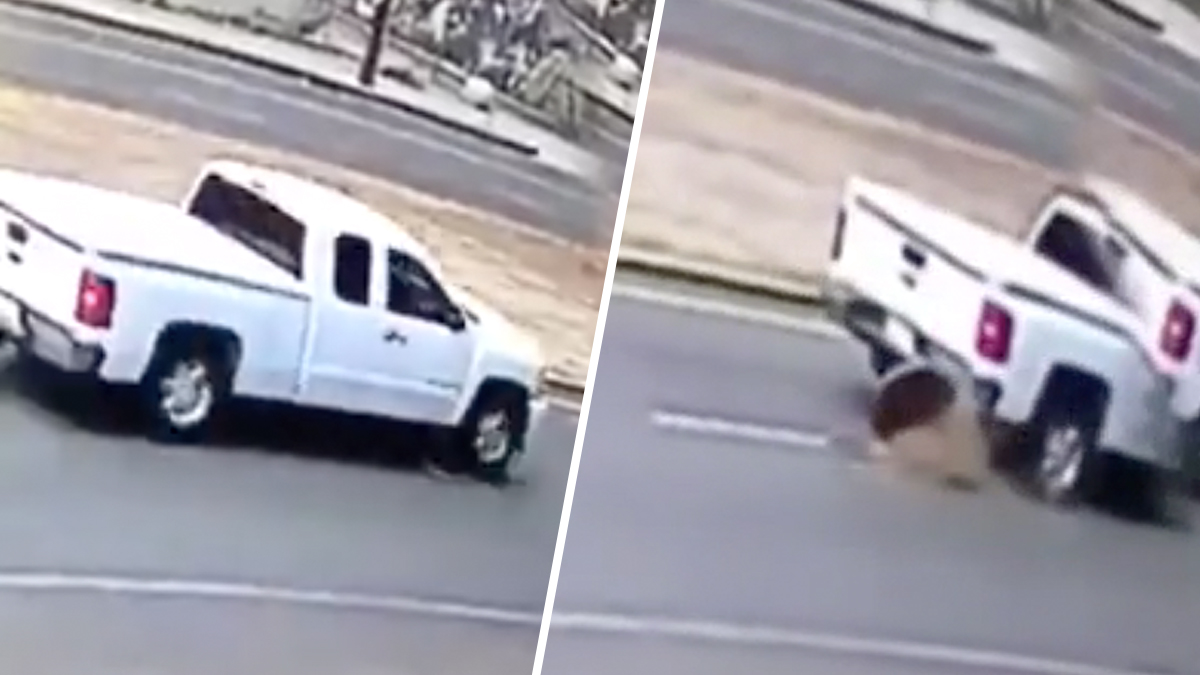 LOS ANGELES – Police are searching for the driver of a truck that struck a manhole cover in Panorama City that was being pushed by a man trying to get out of a tunnel under the street and who was killed in the hit.

Authorities have yet to reveal why the man, in his 20s, was underground. LAPD Officer James Takishita, who is investigating the case, said the unidentified man may have been homeless and living there.

The incident occurred on Saturday, around 10:30 am, on Parthenia Street.

The vehicle, according to authorities, is a white Chevrolet Silverado pickup from 2008 to 2012.

The person driving has not been identified by police, but Takishita said the driver likely did not see the manhole cover move when he passed over it and had no idea that he had hit someone.

Surveillance video shows the metal plate cover, still mostly over the manhole, bouncing off the hole with remarkable force and then flying into the street.

When asked if it is common for the homeless, or any other county employee, to be found in underground tunnels, a spokesman for the Los Angeles County Department of Public Works, c said: “Stormwater maintenance crews Los Angeles County have not found this problem. “

A spokesman for the City of Los Angeles Department of Public Works said the matter was a county matter, rather than a city matter.

The driver who caused the accident fled. We speak exclusively with the 40-year-old family of César Jiménez. It happened on Highway 10 in East Houston.

Authorities awarded a $ 50,000 reward for information in hopes that the information would lead to the identification of the driver.