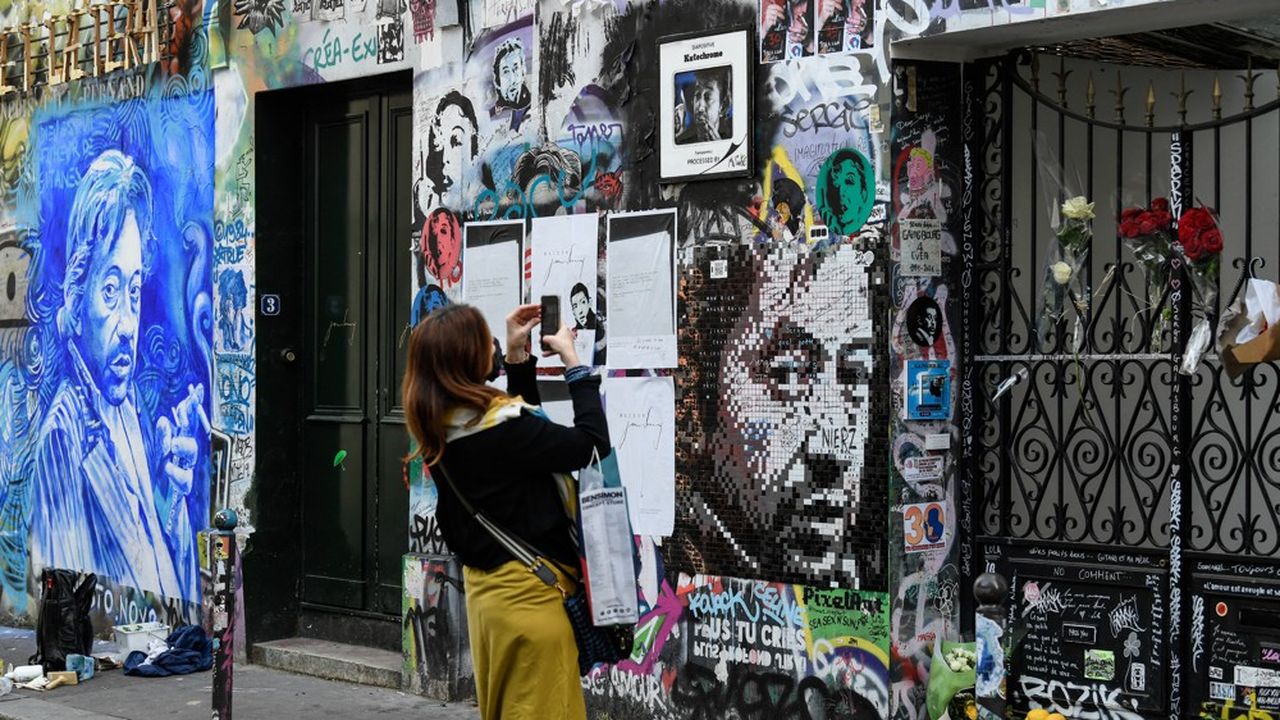 Maison Gainsbourg: a story of culture but above all of family

Located rue de Verneuil, Serge Gainsbourg’s house is on the way to becoming “the first cultural institution dedicated to this major figure in French song” according to his daughter Charlotte Gainsbourg. A mission that the actress takes very seriously.

A place frozen in time

First presented at the Cannes Film Festival last summer, the documentary “Jane by Charlotte” is released in theaters on Wednesday. Like Agnès Varda in “Jane B. By Agnès V.” in 1988, Charlotte reconnects with the mythology of her family in familiar territory but heavy with symbolism: the Gainsbourg house, rue de Verneuil in the 7th arrondissement.

Preserved for 30 years, what is originally the home of the singer, Jane Birkin, Charlotte and her sister, already has everything the museum it is about to become. Atypical like its owner, nothing has changed except for the facade embellished and magnified in homage to its resident:: the poster of Brigitte Bardot, the bathtub dominated by an imposing chandelier, to the cans in the fridge. .

A true passion project for the legendary couple’s child, the transformation of the house had occupied his mind for many years. And if the documentary reveals the first time that Jane Birkin returns to these walls, they are not unknown to Charlotte who takes care of them. “This is Charlotte’s place. Well done to her! She lasted thirty years without losing hope of ever opening it. Can you imagine the heating required to keep things as they are, so that Serge’s Repetto does not rot from humidity? Jane Birkin confided to the JDD. A tour de force that is sure to pay off.

Classified in November 2021 as “heritage of regional interest”, the Gainsbourg house benefited from the support of the Ile-de-France region to the tune of 600,000 euros.

Around the artist’s interior, Charlotte thinks big and plans to set up a real hybrid space within these 130 m2 with a piano / bar café, the “Gainsbarre”, as well as a bookshop-boutique. where to find plural objects around the cultural and literary landscape of his father.

Already delayed by the health crisis, the project, the launch of which had been hoped for on March 2, 2021, the anniversary of the death of Serge Gainsbourg, could not materialize as quickly as expected. Charlotte Gainsbourg said Monday morning on France Inter that she was counting on March of this year. The site of the Gainsbourg house announces in any case the opening of a ticket office for the beginning of 2022. All that remains is to see how to welcome these visitors, between the cramped configuration of the building and the maintenance after 30 years of conservation. to the tests of time and wear.

An immersive experience between man and artist

Split between 5 bis where the music-loving family resided and 14 where the museum is located, a visit to the Gainsbourg house promises to be rich in emotions. With Sébastien Merlet as exhibition curator – he who was in charge of supervising the remastering of the artist’s entire discography and curator of the Lille exhibition “Le poinçonneur a 50 ans” -, the installation of the documentary collection seems promising.

The official site of the Maison Gainsbourg thus announces a twin visit between the two places, overlapping the intimate in the residential part and the professional in the museum space. In the living space, visitors will be accompanied by an audio experience of around thirty minutes to guide them as best as possible in the discovery of this personal environment that Charlotte Gainsbourg has long hesitated to open to the public. The visit will then continue at the museum in a chronological route made up of unpublished and emblematic works, centered around the performer.

An experience intended to be immersive for fans of the singer, this house-museum is in any case the culmination of a process in the same way as Charlotte’s documentary, her first achievement, which she dedicates to her mother as proof. of his love.