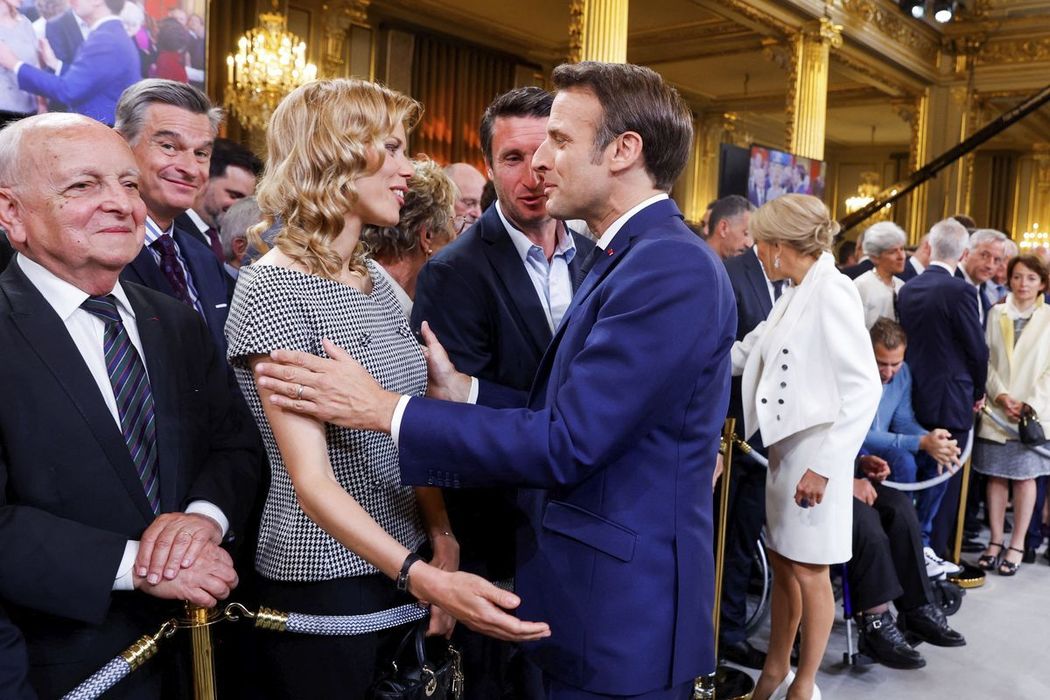 Macron hugged the blonde, Brigitte came with another man: footage of the inauguration

Emmanuel Macron took office for the second time as President of France – the inauguration ceremony was held at the Elysee Palace. This presidential term will be clearly more difficult for Macron than the very difficult previous one: if earlier Macron had to fight the coronavirus pandemic and calm the “yellow vests”, now France, along with the entire EU, has found itself in a difficult economic situation due to sanctions against Russia, not not to mention the aggravation of the geopolitical situation in general after the start of the special operation in Ukraine.

Macron at the ceremony appeared in two guises – joyfully secular and gloomy state. At some point, the President of France rushed to hug a young beautiful blonde. It turned out that this is the daughter of his wife Brigitte from his first marriage, Tiphen Ozier (Brigitte has three children in total). Brigitte, dressed in a snow-white suit with a skirt above the knees, revealing perfect legs, walked arm in arm not with her husband, who was busy with the ceremonial, but with the head of the National Assembly of France, Richard Ferrand. Brigitte Macron’s wife listened to her speech with utmost attention – and he said that he wanted to build a “stronger France.” These words sounded militaristic notes, and at the military review, Macron’s expression became extremely serious.

More than four hundred guests gathered at the Elysee Palace for the inauguration, among whom were ex-presidents of France Nicolas Sarkozy and Francois Hollande. We publish footage of the inauguration of Emmanuel Macron.

See also  Lula continues to lead in a new poll, but the advantage over Bolsonaro is falling again