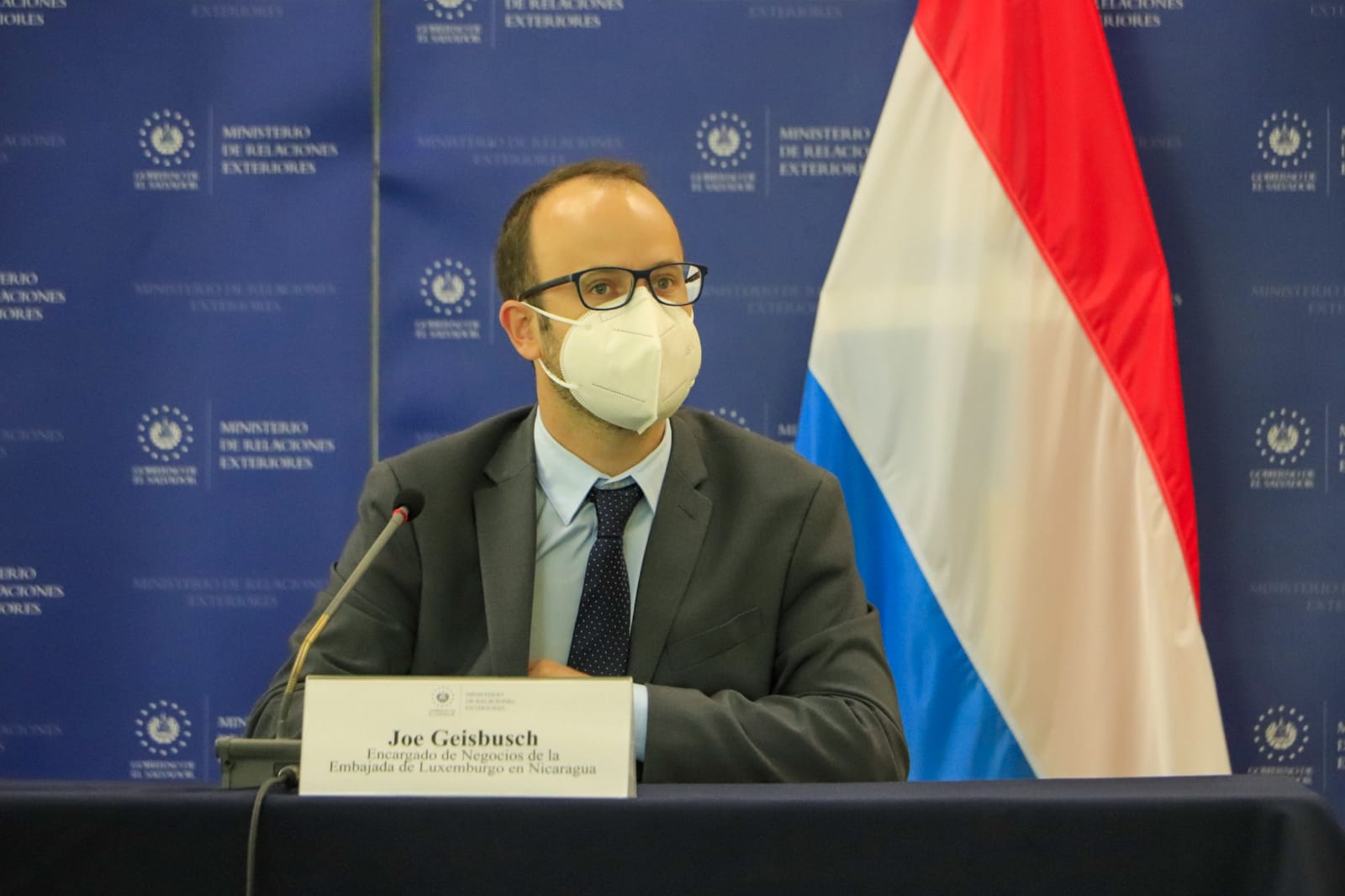 The Ministry of Foreign Affairs of the Grand Duchy of Luxembourg decided to suspend the activities of its embassy in Nicaragua as of February 1 next and terminate the mission of the Charge d’Affaires, Joe Geisbusch.

Within the framework of the above, they add that “it is reported that Mr. Joe Geisbusch, Charge d’Affaires ai, will end his mission in Nicaragua on January 30, 2022.”

Luxembourg is one of the member countries of the European Union (EU), which together with The United States, Canada and the vast majority of Latin American countries have declared the presidential elections of November 7 in Nicaragua illegitimate and have described the electoral process as a “farce”, through which, Daniel Ortega and Rosario Murillo seek to remain in power for five more years, to complete a consecutive period of 20 years.

Relations between Luxembourg and Nicaragua had developed considerably in recent decades, especially through development cooperation.

In 2007, with Ortega’s return to power, a Luxembourg Cooperation Office opened its doors in Managua, which acquired Embassy status in February 2008.

According to the Luxembourg Embassy in Managua, the first Indicative Cooperation Program (2003-2006), was endowed with a budget of 23 million euros, responding to the strategy to combat poverty elaborated by the Government of Nicaragua in 2001 , within the framework of the Initiative “Heavily Indebted Poor Countries” led by the Bretton Woods institutions.

Also read: This is how in 22 days Ortega broke diplomatic relations with Taiwan, reestablished them with China and caused a dispute

The second, (2007-2010), signed at the end of 2006, had a budget of 31.6 million euros. Its purpose was to contribute to the reduction of poverty and promote sustainable development in Nicaragua. The sectors of intervention were tourism, health, vocational training and water and sanitation.

The third (2011-2014), with a budget of 35 million euros, was signed in April 2011. It maintained the same focus as the previous PIC in the tourism, health and professional training sectors, progressively withdrawing from the water and sanitation sector .

The addendum to the third PIC (2015-2017), signed by both governments in February 2015 in Managua, aimed to consolidate ongoing support. Its indicative budget was 28.66 million euros, divided between bilateral cooperation (health, professional training and local development through tourism); multilateral cooperation (health); support to civil society and the private sector.

The main sectors of Luxembourg’s cooperation in Nicaragua

Food safety: Luxembourg supports the school lunch program (3,000,000 euros for the period 2019-2021) of the World Food Program (WFP), thus contributing to food security by guaranteeing nutritious meals to 182,000 children in more than 2,000 schools in the areas rural areas of the Department of Jinotega and the Autonomous Region of the North Caribbean Coast (RAACN).

Support to civil society: Luxembourg contributes to issues such as women’s rights and socio-economic rights by supporting local NGO projects through the Civil Society Support Fund (FASOC) managed by OXFAM (1,400,000 euros for the period 2019-2021). Switzerland, the European Union, Sweden and Spain also participate in this Common Fund.