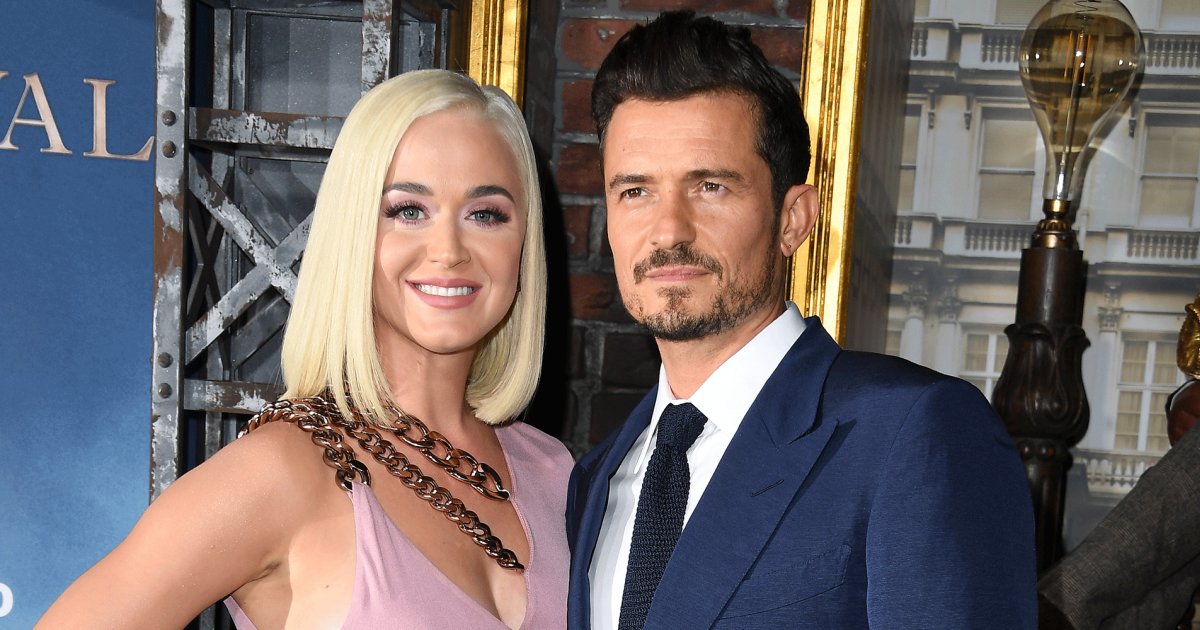 Katy Perry and Orlando Bloom are among those celebrity couples who last. Together since 2016, and despite a small breakup, the couple continues to take the steps forward.

Engagement, a child and a marriage in preparation, Orlando Bloom and Katy Perry appear accomplices, alternating humor and passionate declarations of love on social networks. But not only. The actor of Pirates of the Caribbean and the interpreter of Fireworks also support each other in their professional projects.

Meeting at the Golden Globes

Katy Perry and Orlando Bloom met at a Golden Globes after-party in January 2016. The two artists would have quickly flirted before leaving the evening together, according to several witnesses.

During the following weeks, the duo was seen several times. They are, for example, photographed attending the play The Absolute Brightness of Leonard Pelkey in Los Angeles, January 22, 2016.

Then the Dailymail reports that the couple kissed at a concert with singer Adele in early February.

Their romance is confirmed, but Orlando Bloom and Katy Perry choose to formalize their relationship only a few months later, during the Cannes film festival. It is not on the red carpet, but on the singer’s Instagram that the couple “poses” for the first time together.

An authentic and original photo in the image of their relationship, even today.

But in March 2017, Katy Perry and Orlando Bloom revealed to have “distanced themselves” after a year of relationship. A few days later, the singer of the famous hit I Kissed A Girl wrote on Twitter: “You can still be friends and love your ex-boyfriends.”

But Katy Perry later revealed that she had a terrible time with her separation from Orlando Bloom. Between his breakup and the release of his album Witness which received a mixed reception, she confides having lived a dark period.

“Gratitude is probably the thing that saved my life, because if I hadn’t found it, I would have felt sorry for my own sadness and I probably would have sunk,” Katy Perry said on CBC Radio One. “But I figured out how to be grateful. If it gets really, really hard, I walk around and say, ‘I’m grateful, I’m so grateful!’ Even though I’m in a crappy mood, “she says.

Despite rumors of reconciliations in the summer of 2017, Orlando Bloom told She UK in November that they are only “friends”.

Finally, Orlando Bloom and Katy Perry give themselves a second chance, formalized in early 2018.

Their story goes to the next stage, that of marriage. Orlando Bloom, aka Legolas in the Lord of the Rings, makes a most romantic proposal to the popstar. And it is on Valentine’s Day, February 14, 2019 that the actor launches himself.

Katy Perry took to the scenes of this romantic and unique evening during an interview on the Jimmy Kimmel show. “We went to dinner, and I thought we were going to see an art show next … but we got in a helicopter, and he proposed to me in the helicopter, that was very cute”, she begins.

We arrived on a Los Angeles rooftop, all my family and friends were there, he did really well!

A romantic evening punctuated by a few hiccups. As she reads the love letter intended for her to distract her attention, Orlando Bloom tries to take out the case containing the ring.

But his pocket is too small and pulling with all his might he rips his jacket and nudges the bottle of champagne. Katy Perry did everything to pretend she saw nothing.

“We landed, it was like in a James Bond, everyone had an earpiece, we were quickly taken out … We arrived on a rooftop in Los Angeles, all my family and my friends were there, he did really well! “,

A week after their engagement, the couple hit the slopes. They shared snaps from their ski vacation on Instagram, with Orlando Bloom writing, “Underneath we’re smiling from ear to ear.” Katy Perry jokingly commented, “Tag me so I don’t look like a stranger.”

If they were not in a hurry to organize their wedding, the arrival of the health crisis due to Covid-19 pushed them to postpone their project. In particular, they are said to have planned to get married in Japan. Impossible at the moment.

Then, on March 4, 2020, Katy Perry made a new announcement, in music and on Instagram. With his new single and music video Never Worn White, she announces that she is pregnant with their first child.

Orlando Bloom is already the father of a boy, Flynn, born in 2011, from a previous marriage to Miranda Kerr.

On August 26, 2020, Katy Perry and Orlando Bloom welcome their baby girl, Daisy Dove Bloom. Her name had already been more or less revealed in May, when Katy Perry released a single titled Daisies.

“It’s funny because when she came out I was like, ‘Oh, it’s me, it’s a mini-me!’ Then, luckily, she got Katy’s blue eyes, which was perfect, ”the actor said on an Ellen DeGeneres show.

With the arrival of their child, the couple, both goodwill ambassadors to UNICEF, created a donation page, Baby Bloom, to help newborns in need.

The two celebrities have a busy career. The singer connects the musical successes, while the actor is illustrated in many cinematographic projects. And both are always there to support each other’s careers.

Featured in the Amazon Prime series, Carnival Row, Orlando Bloom attended the series premiere in 2019, accompanied by his fiancée. Accomplices and lovers, they even exchanged a kiss in front of the photographers.

The actor also supports his future wife in his professional projects. While she has the honor of singing for the inauguration of President of the United States Joe Biden, in early 2021, Orlando Bloom has obviously come to support her.

Proud of his fiancée, he shared the event on his Instagram account, followed by a tender message: “One day, our little girl will grow up and see her mother play her part in a moment in history that we hope, will bring appeasement, union, hope, love. A proud spouse with a tear of joy “.