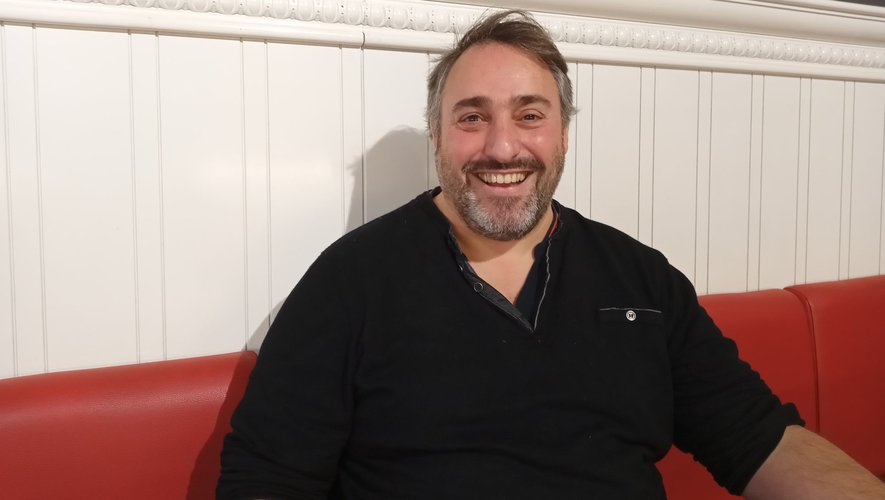 Lot: Frédéric Daubié, the tenor of the little cabbage has a jewel in his voice

the essential He sings for children in schools, from the small sections, then also gives singing and guitar lessons at home. He also enchants seniors in nursing homes when he is not in churches, on stage or on sports fields where he performs the national anthem. Frédéric Daubié has gold in his voice. A sparkling jewel and boxes to welcome it with open arms.

Delighted to meet you by chance at his concerts and enchanting for young and old, the tenor Frédéric Daubié gives his voice and his talent to amaze the world of childhood in the heart of which he immerses himself squarely in the school environment.

But he has several strings to his guitar (fortunately) and knows how to vary the pleasures by also intervening with seniors and all audiences. The Cadurcian was fascinated, when he was a child, by the voice and charisma of Luis Mariano from whom he borrows titles.

“I discovered operetta, then I became more and more interested in classical music. I also played the guitar a lot and sang in college and high school parties,” explains Frédéric.

Very quickly, his family and his teachers detected in him a real talent as a tenor that he perfected over the years and grades at the Cahors music school. His teacher at the time answered to the pretty name evocative of birdsong: Guylène Serin. It cannot be invented.

From initiation to perfection

Then Frédéric left Guylène’s “bird” classes to fly on his own. He found his aerial voice to touch the stars and raise his level. “The one who gave birth to my lyrical voice is called Sylvie Pons. She works at the Opéra Bastille” explains the tenor proudly. From initiation to perfection, Frédric Daubié has an experience punctuated by concerts in campsites, halls, on various stages…

Awakening in music and song

“My repertoire includes songs in Spanish, operetta tunes and French variety. I became a singing teacher and I really like to intervene in schools at the request of the town hall of Cahors as well as with childminders for awakening sessions with the children. Musical pedagogy is a very important aspect in the school environment during extracurricular time. With the schoolchildren, I do music and song work on motor skills with rhythm games and exercises on vocabulary and language. »

The tenor and his companion, the sophrologist and playwright Nathalie Mathubert, are teeming with projects and have even found close links between their two specialties. The gestures of sophrology, the relaxation that this activity generates are comparable to the benefits of singing as Frédéric approaches it.

The shows around the legend of Tristan and Yseult, then Gambetta showed the artistic facets of this magical duo. That’s what little darlings say about a few artists, very rare and with the power to make their eyes shine. Frédéric has this gift. A magical gift.