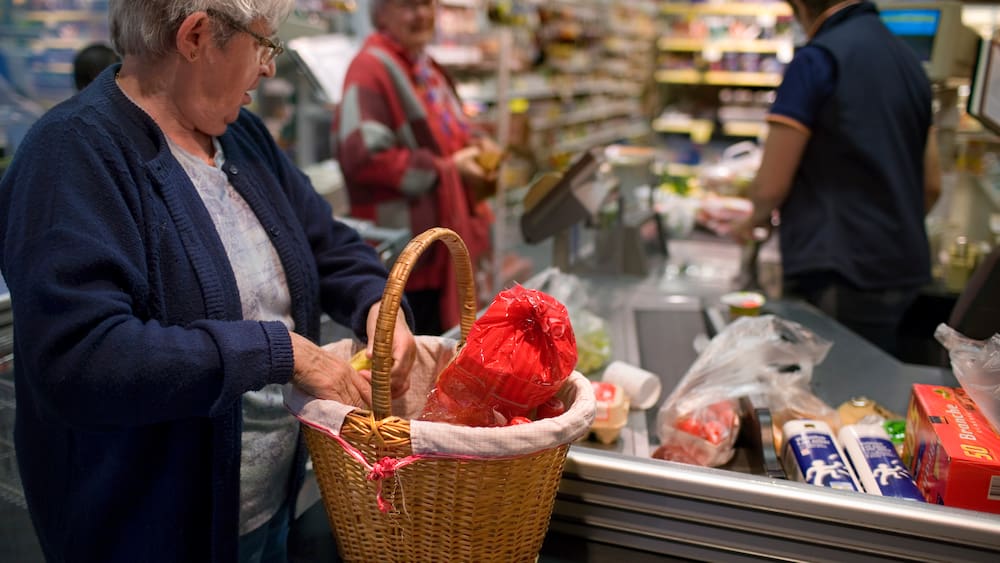 May 1st is Labor Day. Wage earners, however, have little reason to be happy at the moment: inflation is eating away at their income. According to the national index of consumer prices, life in Switzerland was 2.4 percent more expensive in March 2022 than in the previous year: the highest inflation rate since 2008 – and it is likely to rise.

Only wage increases of the same magnitude can compensate for this loss of purchasing power. However, a current survey by the Economic Research Center at ETH Zurich (KOF) shows that this will remain a pipe dream. According to the study, which is available exclusively to SonntagsBlick, Swiss companies are planning average wage increases of just 1.6 percent over the next twelve months.

There is also the problem that companies usually only adjust wages once a year, often at the beginning of the year. “This is likely to mean that nominal wages in 2022 will hardly react to the Ukraine war and the resulting price increases,” says KOF director Jan-Egbert Sturm (52). So the Swiss have to tighten their belts.

How high the loss of income is in the end depends on how inflation develops in the coming months – and in which economic sector you work.

Printing trades at the bottom end

According to the study, respondents from the financial services, IT, accommodation, warehousing, motor vehicle, timber industry, mechanical engineering and manufacturers of data processing equipment, including the watchmaking industry, expect the highest wage growth. The median wage growth here is two percent.

The printing industry, on the other hand, is at the lowest end of the wage increase with an expected increase of only 0.5 percent. In the real estate industry and in the area of ​​other goods manufacturing, which includes the production of jewelry, musical instruments, sports equipment, toys and medical equipment, a majority even assumes that wages will not rise at all.

Daniel Lampart (53), chief economist at the Swiss Confederation of Trade Unions, considers the promised wage increases in all sectors to be too low: “General wage increases are now absolutely necessary – and to an extent that at least compensates for the loss of purchasing power among employees.”

The Swiss Employers’ Association does not want to know anything about this demand: “When determining wage increases, employers do not primarily focus on inflation, but on the financial leeway in the company,” says chief economist Simon Wey (46). This leeway has narrowed in recent weeks and months, since companies are also confronted with higher prices, especially with regard to energy and raw materials.

In addition, companies cannot easily pass these cost increases on to consumers. “Companies in competitive markets in particular have little leeway in setting prices. The additional costs therefore limit their scope for wage increases,” Wey continues. If these companies incur additional expenses in the form of higher wages, these may have to be compensated for in other ways.

Wey: “In the worst case, you might have to think about downsizing and additional automation.”

Trade unionist Lampart just shakes his head at this argument. The Swiss economy has survived the corona shock surprisingly well, and most companies are in an excellent position: “The war in Ukraine and the sharp rise in raw material prices are causing a certain degree of uncertainty. However, the order situation is excellent in most sectors. There would therefore be enough leeway for wage adjustments that do justice to the current situation. »

“No pent-up demand for real wages”

One indication that most Swiss companies can look back on good years is the development of federal and cantonal profit tax receipts. In 2010 they still amounted to 13.5 billion francs, in the Corona year 2020 it was 18.2 billion – an increase of a whopping 35 percent. The number of employees in Switzerland who made these profits rose by just 10 percent over the same period, from 3.6 to 4 million full-time equivalents.

These numbers fail to convince the employers’ association. “Higher profit tax receipts do not necessarily mean that the individual company also made more profit, since the number of companies increased over the same period,” says chief economist Wey. In addition, real wages and productivity have risen fairly evenly in recent years. Wey: “Contrary to what the unions claim, there is no need to catch up on real wages.”

But the employers’ association does not deny one thing either: in 2022, the Swiss will have to accept real wage losses. Employer economist Wey finds that tolerable: “After all, in the past decade we also had many years with negative inflation – and wages were not reduced there, quite the opposite.”

These statements make it clear that Swiss employers are unlikely to be willing to make major concessions in the coming months.

For the coming year, however, KOF director Jan-Egbert Sturm gives employees hope: “In 2023, wages should rise again by around one percent, even adjusted for inflation.”