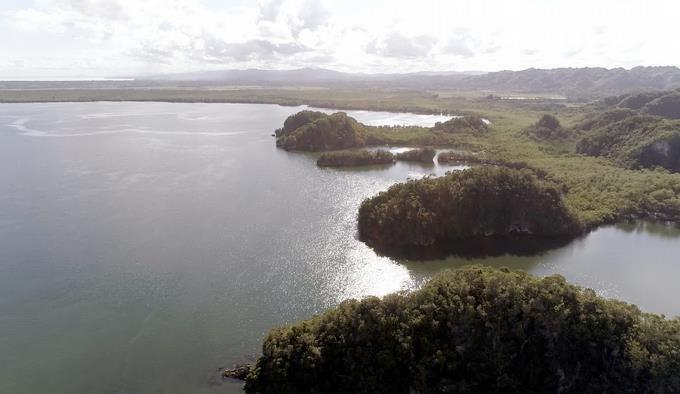 The deputy of the Sánchez Ramírez province, Sadoky Duarte, deposited a bill that seeks to change the name of Los Haitises National Park in honor of the late Minister of the Environment, Orlando Jorge Mera.

Likewise, this proposal is being supported by at least 49 other legislators of the Lower Houseall belonging to the Modern Revolutionary Party (PRM), a political organization of which Jorge Mera was a member.

similarly Duartein the deposited proposal, justified this piece of legislation by assuring that, when a modification project was proposed to establish new limits of the aforementioned park, with the aim of stripping it of land, Jorge Mera was “firmly” opposed.

However, this is not the first project that aims to honor the memory of the deceased official, who lost his life at the hands of Fausto Miguel Cruz de la Motasince in the Chamber of Deputies and in the Senate there are at least two more pieces of legislation of this nature.

Congressman Alexis Isaac Jiménez González, from District 3 of Santo Domingo, proposed renaming the New Valley National Park to “Valle Nuevo National Park: Lic. Orlando Jorge Mera”, along with a card with data and contributions from the deceased, which would be located in the central office of the place.

If any of the members cannot attend the event, they must be replaced by a representative on their behalf.

For his part, the senator of El Seibo, Santiago Zorrilla, deposited a legislative piece that seeks to place the name of Jorge Mera in the Loma los Siete Picos National Park, located in the Sierra de Yamasá.

Similarly, after the tragic death of Jorge Mera, several projects arose to name him after him. to the building that houses the Ministry of Environment and Natural Resources, as is the case of the PRM deputy, Franklin Ramírez de los Santos.

The San Juan legislator’s proposal contemplates not only the name change, but also the placement of a bronze plaque in honor of Jorge Mera, which would include biographical data on the minister.

The senator of Hato Mayor Cristóbal Venerado Castillo did the same, while a similar project was deposited last Tuesday by Franklin Romero, legislator of the Duarte province, although this includes the creation of the exaltation commission for the placement of the name “Edificio Lic Orlando Jorge Mera”.

It would be composed of whoever is appointed as Minister of the Environment, who would preside over it; the general secretary of the Municipal League or his representative; the mayor of the National District, or her representative; the presidents of the commissions of the Senate and the Chamber of Deputies of Culture and Environment, respectively.

There is also that of the senator from Azua, Lia Ynocencia Díaz Santana, which is simpler than that of her colleagues, as it is limited to only calling the building of the aforementioned entity with the name of the minister.