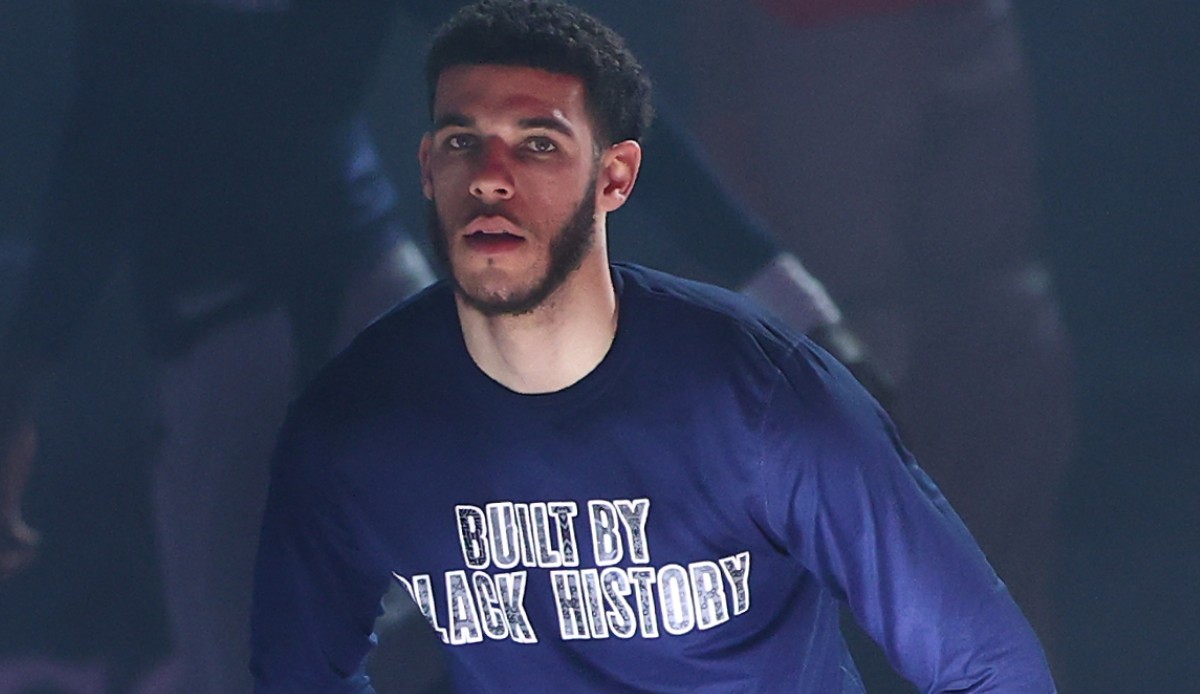 Lonzo Ball before the Trade Deadline: Why New Orleans is in a (self-inflicted) dilemma

Lonzo Ball will become a restricted free agent this summer, so the future of the previous number 2 pick is unclear. The point guard is playing a good season, but the New Orleans Pelicans are probably looking for a trade for him. The Pelicans have themselves to blame for the fact that it has come to this point. What could happen to Ball now?

Was it a first sign of an upcoming trade? The New Orleans Pelicans won in Denver yesterday evening thanks to Brandon Ingram and Zion Williamson, but Lonzo Ball was injured with a hip problem.

That can happen, but so close to the trade deadline it is often suspicious if trade candidates miss a game here and there.

The fact is that there have been persistent rumors about the 23-year-old since January. The Point Guard’s contract in New Orleans expires, and Ball becomes a Restricted Free Agent (RFA) after the season because the parties could not agree on an early contract extension before the start of the season.

Ball’s agent is Rich Paul, LeBron James’ buddy and the Pelicans have had rather unpleasant experiences with him in the past. It was Paul who publicly called for a trade for his protégé Anthony Davis in January 2019 – out of New Orleans and into the glittering world of Los Angeles. After a few months’ delay, Davis Camp got its request, and AD was traded to the Lakers.

Lonzo Ball: Improved, but trapped in the supporting role

Kevin O’Connor from The Ringer recently reported that the Chicago Bulls were offering Tomas Satoransky and second round picks, but the Pelicans prefer a young player and first round pick and gratefully declined. Poker has long since started and New Orleans has no good cards.

Even Ball’s extroverted father, LaVar, spoke up again after surprisingly quiet months and publicly called for a trade because, in his opinion, the son was being used incorrectly. Pelicans coach Stan Van Gundy recently pushed the ball into Zion and Brandon Ingram’s hands, Ball became more and more of a supporting actor and spot-up shooter.

For New Orleans, this is the right decision in the long term and the results showed Van Gundy to be right. New Orleans is only 11th in the west (18-24), but the trend can be viewed positively with a few slip-ups. Ball became a supporting actor, a specialist. In addition to being fit in the field, there is also the contractual situation. Ingram has already received his maximum contract, Williamson will follow suit in 2023.

The team will be correspondingly expensive if Ball also gets a big contract. And he will: Big guards with his overview and the meanwhile good litter are not a matter of course in the NBA, accordingly there should be enough interest for Lonzo in a thin free agency market.

In addition to Chicago, the ball is also said to have desires in Atlanta and according to the Washington Post wake up at the New York Knicks, all teams that would have enough money available even in the summer to put the Pelicans under pressure with a large offer. Of course, New Orleans can catch up with any offer due to its ball status as an RFA, but where is the pain threshold?

Bobby Marks from ESPN sees this at around $ 18 million annually, which would be a fair price. But it is well known that the market determines the price. The supply for point guards in summer is meager, so the value of Ball will automatically increase and Ball offers north of this limit should be available.

To a certain extent, the Pelicans have maneuvered themselves into this situation. As part of the Jrue Holiday deal, New Orleans also snatched Steven Adams from OKC and immediately extended it for two years and $ 35 million. A controversial move, also because Adams repeatedly has ailments and despite only being 28 years old, he no longer reaches the level of earlier Thunder times.

For New Orleans, for the coming season, there are already 90 million dollars in the books – without the ball and also without Josh Hart, who, thanks to his good season as RFA, also wants to be paid. In short, this team can get very, very expensive very quickly and flirt with the luxury tax (around 132 million) before the team is anywhere near contender status.

Lonzo Ball: His stats in the NBA

Lonzo Ball: Does he even want to stay in New Orleans?

And as unthinkable as this was before his arrival: Lonzo is now the best shooter in the team, if you ignore JJ Redick, who, like Ball, could still be shipped.

Ball has scored more threes than Luka Doncic, Trae Young, Bradley Beal, Devin Booker or LeBron James this season, a total of 114 so far, 14th place in the NBA. Also not to be underestimated are Lonzo’s defensive qualities in a team in which defense remains more or less optional (defensive rating: 115.7, 28th place). The stats actually speak a clear language at Ball and yet the uncertainty remains.

Due to the improved throw, the ball fits much better into various systems, even if he is not the most dynamic player. He will not become a pick’n’roll maestro, but he is definitely an overqualified complementary player. In Chicago or Atlanta, that would make sense alongside explosive scorers like Zach LaVine or Trae Young, and the same would also apply to a contender like the Clippers, who are also said to have made inquiries in Louisiana.

The whole point will be whether New Orleans sees Ball as an important piece of the puzzle for years to come and how much they are willing to pay for it if – and this is important – Ball continues to see himself in New Orleans. “I love playing with these guys,” Ball said earlier this month after beating Utah. “It’s fun with them and I believe we can achieve a lot in the future.”

We’ll know by 9 p.m. on Thursday whether those in charge in New Orleans see it that way.