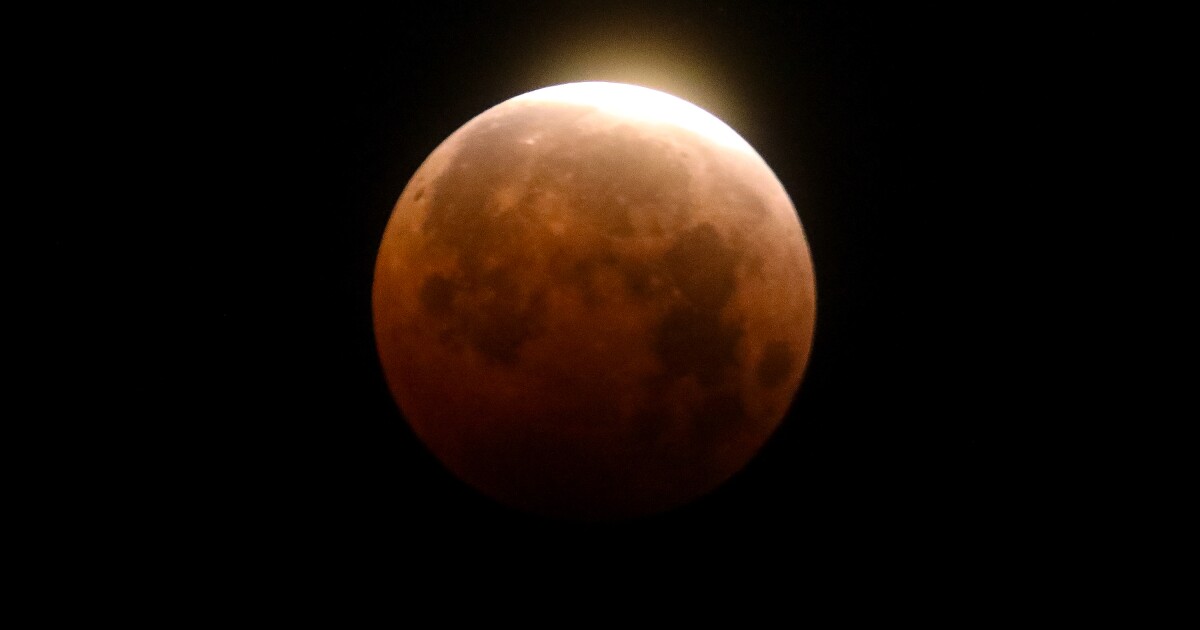 Long lasting lunar eclipse will be visible in America

CAPE CANAVERAL, Fla. (AP) — A total lunar eclipse will grace the night skies over the weekend, providing longer-than-usual thrills for stargazers in the Americas.

The celestial event will occur from Sunday night until early Monday morning, and in it the Moon will be covered with the red and orange reflections of the Earth’s sunsets and sunrises for about an hour and a half, one of the longest total eclipses of the decade. It will be the first “Blood Moon” in a year.

Weather permitting, observers in the eastern half of North America and throughout Central and South America will have privileged seating to see the entire show. In Africa, Europe and the Middle East you will be able to see partial phases of the eclipse. Alaska, Asia and Australia will be left out.

“This is really an eclipse for the Americas,” said NASA’s Noah Petro, a planetary geologist specializing in the Moon. “It’s going to be a delight.”

All that is needed, he noted, is “patience and eyes.”

A total eclipse occurs when the Earth passes directly between the Moon and the Sun, casting a shadow on our constant cosmic companion. The Moon will be 362,000 kilometers (225,000 miles) away at the peak of the eclipse, at about midnight on the East Coast of the United States.

“This is a gradual, slow, wonderful event that you will be able to see as long as the sky is clear where you are,” Petro said.

If not, NASA will offer a live stream of the eclipse from various locations, as will the Slooh network of observatories.

In November there will be another long-lasting total lunar eclipse, in which Africa and Europe will be lucky again, but not the American continent. The next one won’t happen until 2025.

Jessica Watkins, a NASA astronaut and geologist, plans to set her alarm clock to go off early aboard the International Space Station.

“Hopefully we can get up on time and be in the right position at the right time to catch a good look,” he told The Associated Press this week.