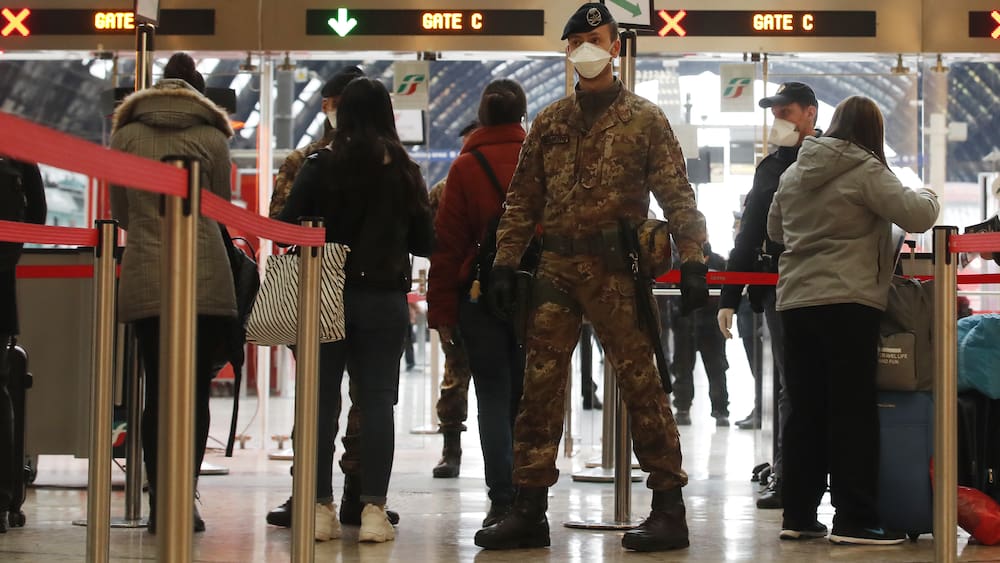 Lockdown for the unvaccinated: Italy introduces 2G on the train

In the persistently bad pandemic, Italy’s government has tightened the corona rules and at the same time relaxed the quarantine obligation. From January 10, 2022, the 2G rule will apply in hotels, convention centers, local and long-distance public transport, in ski lifts and at festivals, as the Palazzo Chigi announced on Thursday night in Rome. So people have to be vaccinated or have recovered to gain access there.

The government of Prime Minister Mario Draghi thus expanded the corona rules. In the Italian media on Thursday there was talk of a “lockdown for unvaccinated people”. The regulations apply until the end of the emergency on March 31st.

In Italy, the number of corona infections has skyrocketed in the past few days. On Wednesday evening, the authorities reported around 98,000 new corona infections and almost 150 deaths from the virus within one day. Because of the high number of infections and the resulting obligation to isolate, some regions feared that they would lose their staff, for example in rail transport or in hospitals.

For unvaccinated people who have had contact with an infected person or who have become infected, the quarantine or isolation obligation of ten days remains. However, free testing is possible. (SDA)