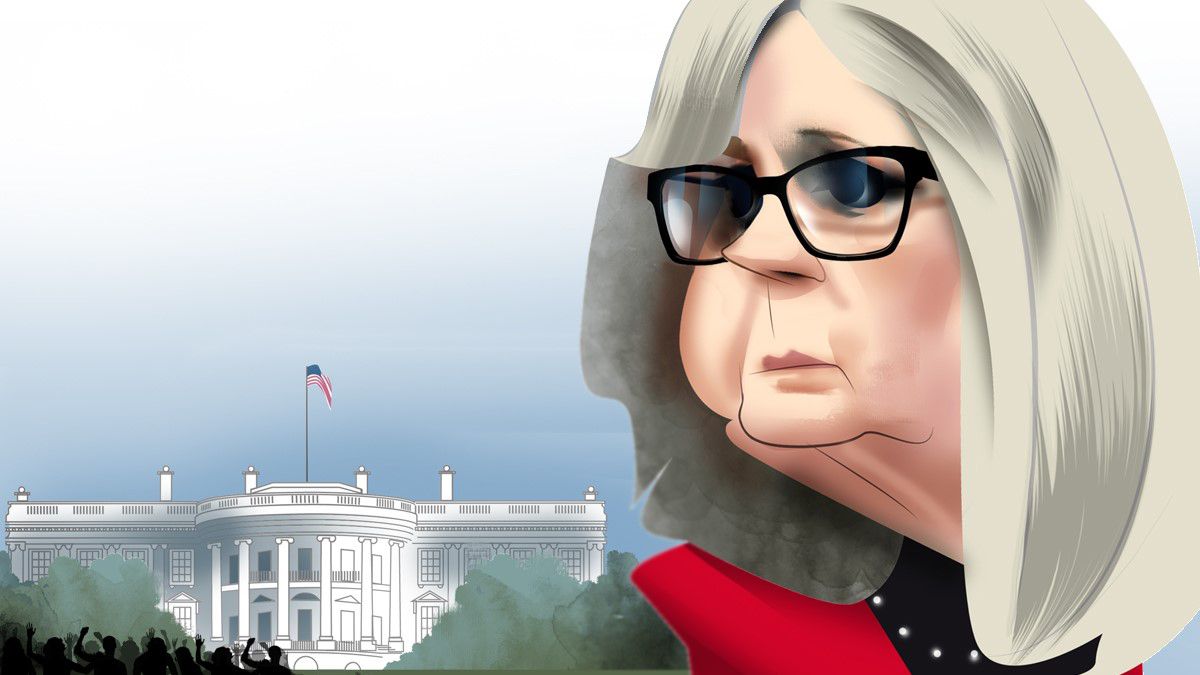 Liz Cheney, the Republican most hated by Trump | Ideas

Liz Cheney is ready to blow herself up. She can lose her seat, but not her principles. It’s a matter of honor. The congresswoman has become the fiercest opponent of former President Donald Trump within the Republican ranks. The commission of the United States Congress that investigates the assault on the Capitol of January 6, 2021, of which she is vice president, has highlighted her figure. She is the conservative most admired by Democrats and most hated by Republicans.

The eldest of the two daughters of Dick Cheney, powerful vice president with George W. Bush, has left some sentences for history in the commission. “To my Republican colleagues who defend the indefensible: there will come a day when Donald Trump is not here, but your disgrace will remain,” she snapped at the congressmen from his party at the first session of the commission.

Liz Cheney, 55, has politics in her blood. She ran her first election campaign when she was 12 years old, when she accompanied her father, who in 1978 was elected to the House of Representatives from Wyoming. She held various positions in the State Department while her father was vice president, she ran unsuccessfully for the Senate in 2013 and since 2017 she is a congressman for Wyoming, as was her father.

She is used to being contrary. After passing through an institute in a wealthy suburb of the State of Virginia, on the outskirts of Washington, where she was captain of the cheerleaders, she studied at Colorado College, a progressive university where she strongly defended her convictions.

If you want to support the development of quality journalism, subscribe.

A conservative through and through, Cheney is anti-abortion, pro-gun, advocates for fossil fuels, tax cuts, arms spending and tough foreign policy. Her opposition to her same-sex marriage brought her into public conflict with her lesbian sister, Mary. She is to the right of her father, who was not a moderate.

Despite everything, she has become an outlaw in her party. Her confrontation with the former president will in all likelihood cost her her seat in Wyoming, the least populous and most Trumpist state in the country. She can’t even give campaign rallies for the August primary for fear of incidents. She is 30 points below Harriet Hageman, Trump’s pick to unseat her.

Cheney is well aware of this, but she is willing to fight to the end to make clear what happened on January 6, 2021. That day she received a call from her father warning her that Donald Trump had called to get rid of “the weak congressmen”, the “Liz Cheney of the world”, in the harangue he was giving to the masses before the assault on the Capitol.

Although she had voted more than 90% of the time in accordance with Trump’s postulates, they had already had some friction in foreign policy and in the management of the pandemic. Her father being her vulnerable, she strongly encouraged wearing a mask. But what drove Trump crazy is that Cheney recognized the victory of Joe Biden in the presidential elections and tried to convince her party colleagues to respect the result.

He was going to defend his position in the session on January 6. Around the same time she was talking to her father, Democratic Congressman Jamie Raskin received a message with a photo of some of the insurgents who had entered the building waving a Confederate flag. The first one he showed it to was Cheney, according to him in his book Unthinkable (Unthinkable): “Look, Liz, it seems we have new people in charge,” he said. Shortly afterward, Cheney heard a crowd bang on the House doors and a gunshot. She sought refuge.

Raskin has publicly called Cheney a patriot and has criticized her being “smeared and punished” by her party for defending the Constitution and impeaching Trump. “It is not that Liz Cheney is giving her party a hard time, it is her party that is making her life impossible,” he tells EL PAÍS.

Cheney was one of the 10 Republican congressmen who voted in favor of impeachment or political censorship of Trump. Her party stripped her of the job of Republican minority leader in the House of Representatives. She began to receive threats and be harassed on the networks. Others who initially raised their voices against Trump were retracting her words.

The congresswoman defends that what happened on January 6 was a “deadly threat” and what Republicans are experiencing now is a “moral test.” Her coreligionists, she says, are failing the exam. Some Republicans disparagingly refer to the commission on the Capitol assault as Liz Cheney’s reality show.

Heroine, patriot, traitor or disloyal, depending on who you ask, Cheney leaves no one indifferent. She speculated about her presidential ambitions, but in the current Republican Party, she has little room for maneuver, given the influence that Trump still has.

Maybe you will have a new opportunity in the future. If not, his service to democracy will be remembered for what he said at the January 6 commission: “We must remember what is at stake. Brave men and women have fought and died for our nation. We must honor them by upholding the sanctity of the peaceful transfer of power and ensuring that what happened on January 6 does not happen again.”

sign up here to the weekly newsletter of Ideas.